China is one of the countries that should investigate the $68.7 billion deal between Microsoft and Activision Blizzard. The local regulator also wants to review the issues that other governments have with the acquisition. 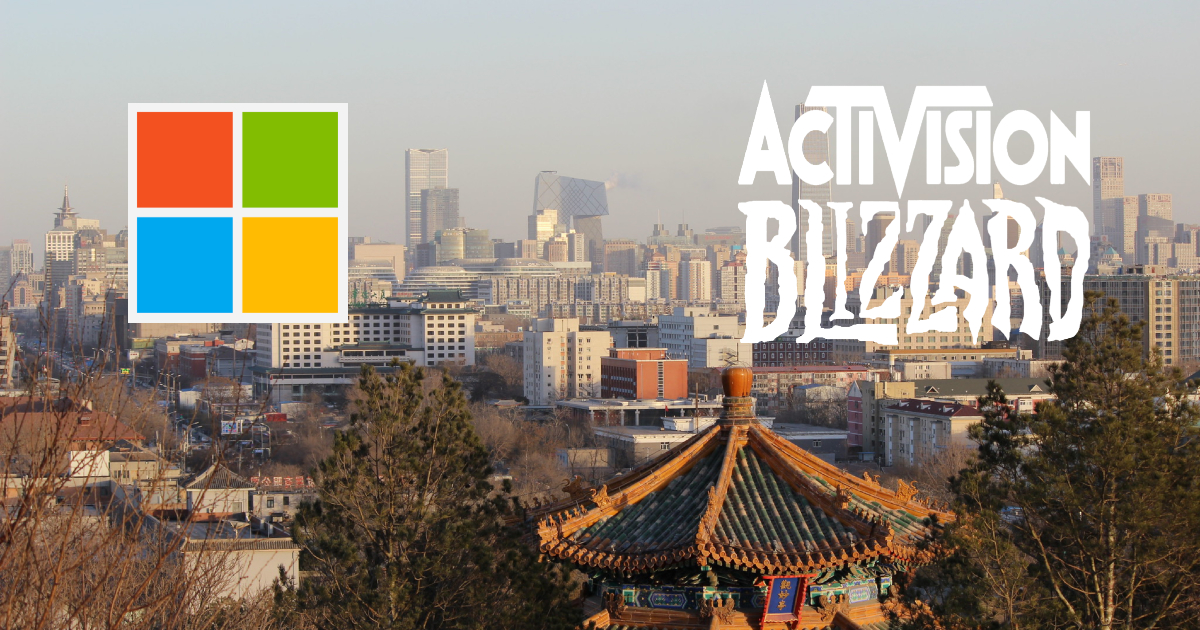 China’s State Administration for Market Regulation (SAMR) may soon launch its investigation into Microsoft’s proposed acquisition of Activision Blizzard, according to Dealreporter (via Seeking Alpha).

The companies initially filed with the regulator in April under a simplified procedure. However, the SAMR declined their request and is now preparing to review the deal under normal procedure.

According to the report, the Chinese regulator wants to first examine the concerns that the European Commission has over the merger. The Commission recently opened an in-depth probe, worrying that Microsoft could make Activision Blizzard games exclusive to the Xbox ecosystem and harm competition in the games market.

As reported by the New York Times, the $68.7 billion deal must be approved by regulators in 16 countries, but only two of them (Brazil and Saudi Arabia) have cleared it so far.

Microsoft is under scrutiny in the UK and the US, where the Competition and Markets Authority and the Federal Trade Commission are now conducting their own investigations. Despite many concerns, both Activision Blizzard and Microsoft say the deal will be closed by June 2023.

Blizzard is also having a hard time in China, as its publishing agreement with NetEase has expired. This will result in World of Warcraft, Overwatch, Diablo III, and other games going offline in the country in early 2023. Blizzard will have to find a new partner, which might be hard to do amid increasing pressure on the games industry in China.