The European Commission has opened a second phase of its investigation into Microsoft’s proposed acquisition of Activision Blizzard. The regulator outlined its concerns about how the deal could reduce competition.

What are the EU’s concerns? 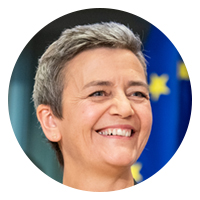 We must ensure that opportunities remain for future and existing distributors of PC and console video games, as well as for rival suppliers of PC operating systems. Our in-depth investigation will assess how the deal affects the gaming supply chain.

What do Microsoft and Activision Blizzard say?

Microsoft once again noted that it continues to cooperate with the European Commission. The company is ready to address all concerns about market competition. “Sony, as the industry leader, says it is worried about Call of Duty, but we’ve said we are committed to making the same game available on the same day on both Xbox and PlayStation,” a Microsoft spokesperson said (via The Washington Post).

This is in line with the company’s previous statements. For example, Xbox head Phil Spencer recently promised to keep Call of Duty on Sony’s platform “as long as there’s a PlayStation out there.”

However, these words were not convincing enough for the Commission. So Microsoft will have a chance to prove its good intentions during the in-depth investigation.

On November 8, Activision Blizzard CEO Bobby Kotick sent a letter to employees, saying that the company will continue to work closely with regulators and provide them with information to assist with their investigation.

“We remain excited about the great games we continue to release, the growth we expect greater industry investment from so many companies will generate, and completing the merger with Microsoft so we can better compete,” he said.

Microsoft’s acquisition of Activision Blizzard is now also under scrutiny in other jurisdictions. The US Federal Trade Commission, which has serious concerns about the deal, is expected to rule on it later this month. The UK’s Competition and Markets Authority believes that the transaction could harm Microsoft’s rivals. It recently launched an in-depth investigation, which is expected to end by March 1, 2023.