In the first nine months of 2022, 976 deals were announced or closed across the games industry globally. Here are some key takeaways from Drake Star’s latest report, including the top 15 largest M&A deals this year.

“Considering the lower valuation levels of the public companies across global markets, many of the public gaming strategics are now more focused on higher quality targets that exhibit strong profitability,” Drake Star noted. “Listed companies are now under even more pressure to show growth and profitability, and we expect a strong volume of smaller and mid-sized M&A deals and a few mega deals going forward.” 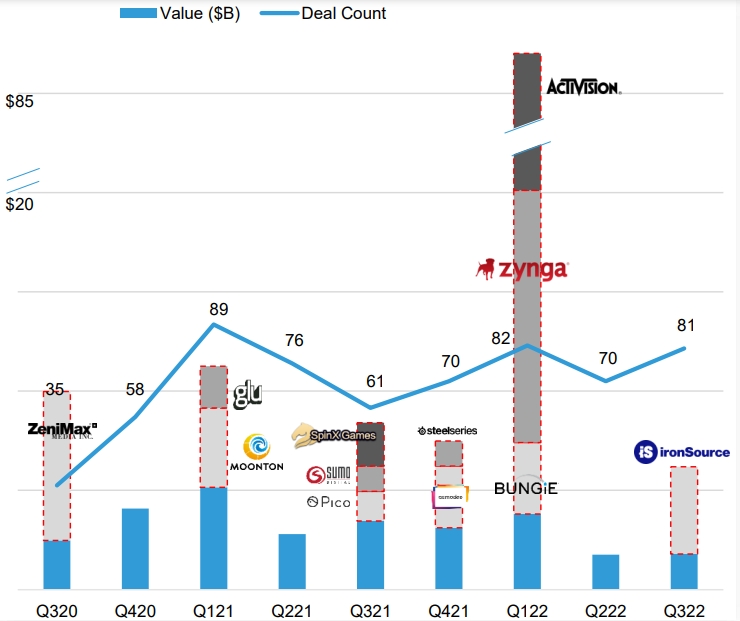