Chris Zukowski: Steam can only promote up to around 500 indie games per year
30.01
Wargaming top manager called a terrorist by KGB Belarus
30.01
AI USE CASE: How a mobile game development studio saved $70K in expenses
27.01
Sensor Tower: Subway Surfers was most downloaded game in Q4 2022, but the Stumble Guys showed fastest growth
26.01
The Day Before loses its page on Steam. Developer cites trademark complaint
25.01
125 games industry professionals from 85 companies attended WN Connect business event in Belgrad
24.01
Blizzard caught up in scandal. Again. This time it is all about ranking its employees
24.01
Cyberpunk 2077 quest director Paweł Sasko on game’s non-linearity: “Players expected more because of the fact how The Witcher 3 is built”
23.01
Key success factors for ZERO Sievert, top-down extraction shooter that generated over $1 million in its first week
23.01
Dragon Age: Dreadwolf production director Mac Walters leaves BioWare after almost 20 years
23.01
All news
Game Development 24.03.2021 18:19

Over the last few months, miHoYo proved that the successful launch of Genshin Impact wasn’t accidental. The game has surpassed $1 billion in player spending in under six months, which makes Genshin Impact the first mobile title to do so. We asked Craig Chapple, mobile insights strategist at Sensor Tower, to provide some context to the game’s success. 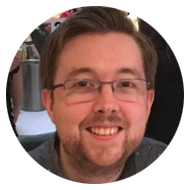 GWO: Craig, what do you think it is that miHoYo is doing so right?

Craig: Genshin Impact is receiving an almost unprecedented level of investment from developer miHoYo to ensure that not only did it launch as a high-end, cross-platform RPG, but that it will continue to implement new features, events, characters and even maps on a regular basis to keep up with player content consumption.

Why did it become such a hit from day one?

Craig: The comparisons with Breath of the Wild will have helped the title’s popularity, and the size of the world it offers is bigger than what we typically see in the West on mobile.

On mobile, they have been making around $160 million per month since December 2020. miHoYo really managed to translate this initial success into sustainable results.

Craig: On the engagement side, amongst everything else it’s doing, MiHoYo has been able to create interesting new characters that are released in an exciting way through the story and are exclusive for a set period of time, obtainable via Wishes [the gatcha system in Genshin Impact]. The well-crafted events combine well with the limited availability of these characters to help spur on revenue upon release and Character Event Wishes. The investment in regular new content is really where some of the top developers in the world excel at live operations. Tencent has done this with PUBG Mobile to great effect, Epic has done the same with Fortnite, and now miHoYo is doing it with Genshin Impact.