Chris Zukowski: Steam can only promote up to around 500 indie games per year
30.01
Wargaming top manager called a terrorist by KGB Belarus
30.01
AI USE CASE: How a mobile game development studio saved $70K in expenses
27.01
Sensor Tower: Subway Surfers was most downloaded game in Q4 2022, but the Stumble Guys showed fastest growth
26.01
The Day Before loses its page on Steam. Developer cites trademark complaint
25.01
125 games industry professionals from 85 companies attended WN Connect business event in Belgrad
24.01
Blizzard caught up in scandal. Again. This time it is all about ranking its employees
24.01
Cyberpunk 2077 quest director Paweł Sasko on game’s non-linearity: “Players expected more because of the fact how The Witcher 3 is built”
23.01
Key success factors for ZERO Sievert, top-down extraction shooter that generated over $1 million in its first week
23.01
Dragon Age: Dreadwolf production director Mac Walters leaves BioWare after almost 20 years
23.01
All news
Featured 22.11.2021 18:28

Microsoft has made Game Pass the key element for the Xbox growth. Analytics from Newzoo used Bethesda titles and Outer Wilds as an example to show how the subscription service helped boost classic AAA games and small indie hits. 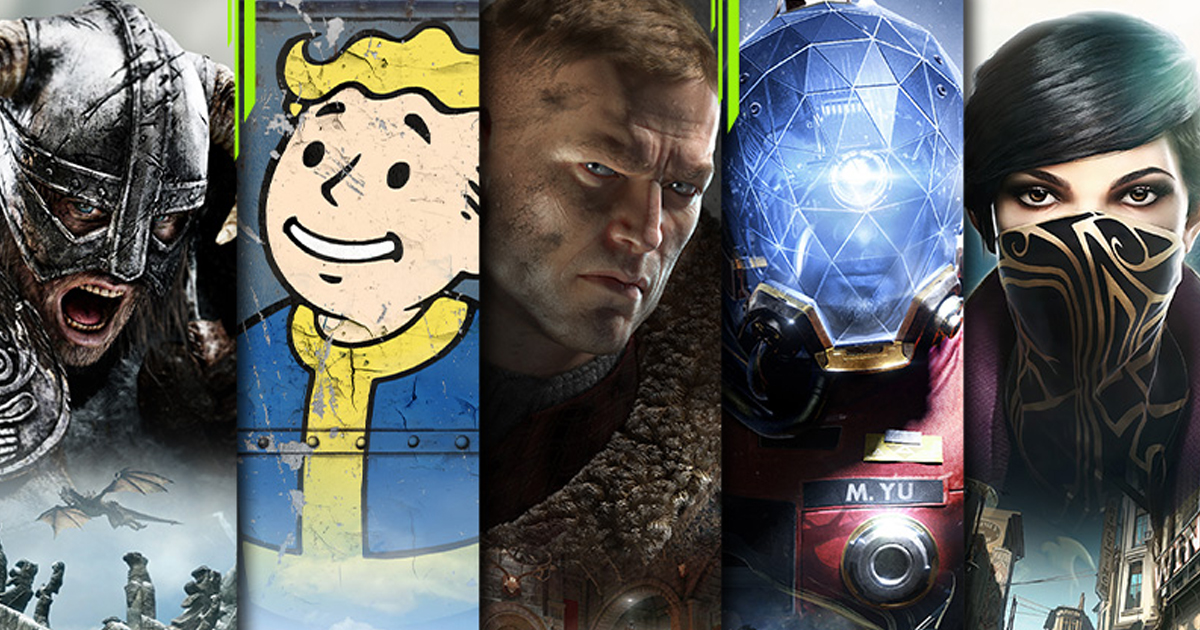 Player share for Bethesda games on Xbox has grown significantly since Microsoft closed a ZeniMax acquisition and added the publisher’s titles to Game Pass.

According to Newzoo, Skyrim’s player share on Xbox Series X|S rose from 2.4% in February to 4.1% in March. Player shares for Fallout 4 and Doom Eternal grew from 0.9% to 3% and from 1.4% to 3% over the same period. Arkane-developed Prey saw the biggest increase, with its player share rising from 0.1% to 1.8%

All these titles had a high engagement rate and average playtime of one hour per session, which are pretty strong numbers.

Xbox Game Pass also helps indie games attract an engaged audience. Although the Outer Wilds share dropped significantly in July after it was removed from the Game Pass library, players returned to the game in September, when the Echoes of the Eye expansion came out. 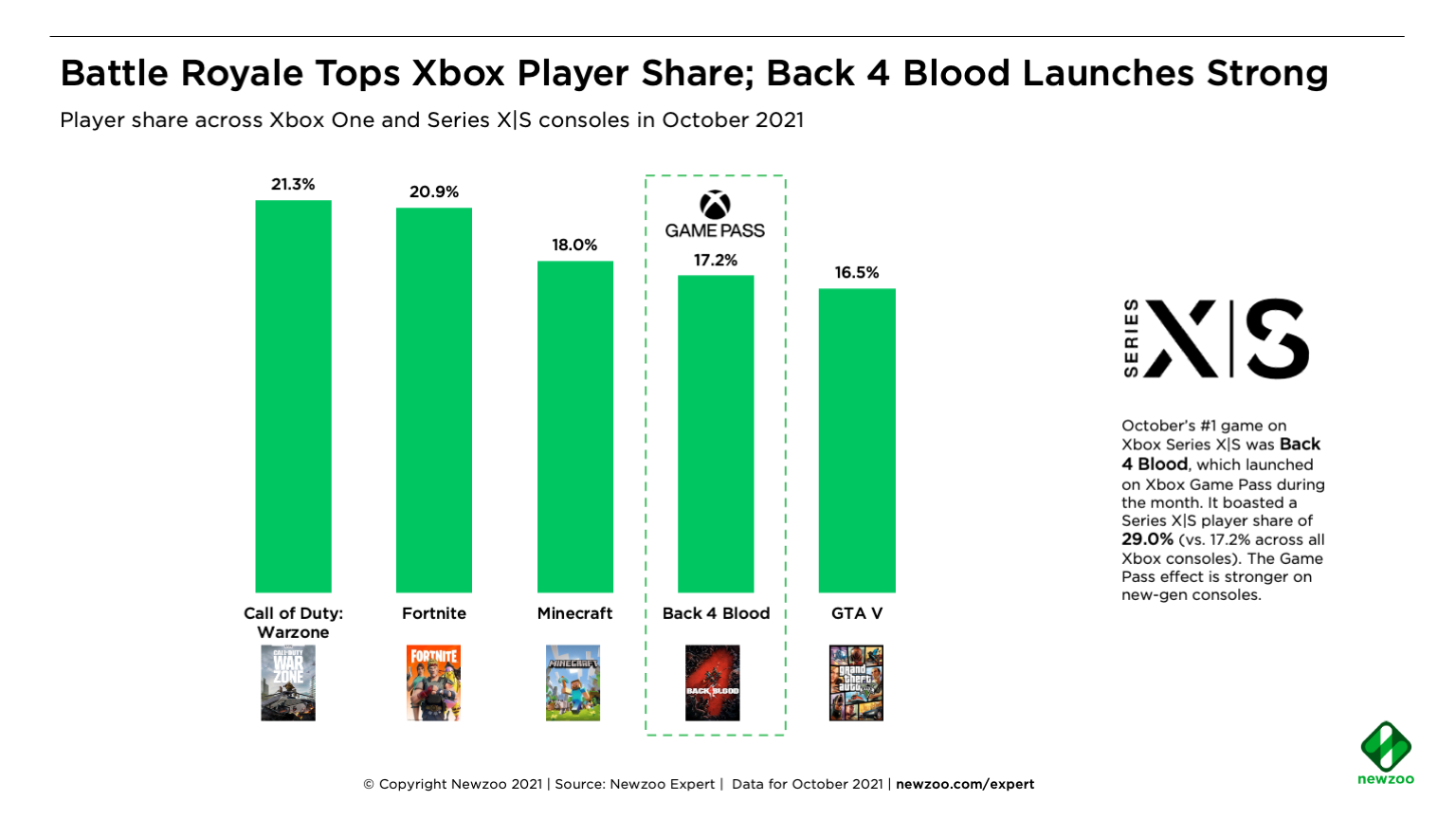 It means that Game Pass might increase discoverability for games developed by smaller studios. Although they don’t have big marketing budgets, they can attract a lot of players, who might like their titles and buy their next projects for a full price in the future.

Game Pass also can boost new games. Back 4 Blood, which was available in the service at launch, became the fourth most played title on Xbox in October. It had a player share of 17.2%, with this number rising to 29% on new-gen consoles.

The full report by Newzoo can be found here.