Organic discovery and app store featuring to be declared dead in 2023, according to Deconstructor of Fun
02.02
Dwarf Fortress made $7.2 million in January, 44 times more than in all of 2022
02.02
PlayStation reports 53% Q3 revenue growth, driven by strong sales of consoles and third-party games
02.02
Tenjin and GameAnalytics release Q4 Hyper-Casual Games Benchmark Report
01.02
Chris Zukowski: Steam can only promote up to around 500 indie games per year
30.01
Wargaming top manager called a terrorist by KGB Belarus
30.01
AI USE CASE: How a mobile game development studio saved $70K in expenses
27.01
Sensor Tower: Subway Surfers was most downloaded game in Q4 2022, but the Stumble Guys showed fastest growth
26.01
The Day Before loses its page on Steam. Developer cites trademark complaint
25.01
125 games industry professionals from 85 companies attended WN Connect business event in Belgrad
24.01
All news
Featured 07.08.2021 17:05

Zynga’s Bernard Kim on Q2 financial results and acquisitions: “We’ve become a preferred destination for a lot of companies”

We caught up with Bernard Kim, President of Publishing at Zynga, to discuss the company’s big news, as well as trends and challenges in the mobile gaming space. 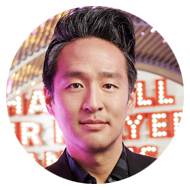 Bernard, congratulations on the excellent Q2 results! Do you guys usually celebrate things like that at Zynga?

We actually had our best Q2 as a business ever in terms of revenue and bookings, but we don’t do that much celebration, to be honest. It’s a live service, mobile gaming is a 24 / 7 business, so we tend to celebrate some small mini wins, little moments, as opposed to a full Q2 announcement.

Not really, we try to stay focused on our core business. We work in gaming, so half of my job is literally to play video games all day. That’s a celebration in itself.

How did investors react to the results?

The reaction was mixed.

Although we executed well against guidance in terms of top-line outperformance and bottom-line outperformance, we did guide down for the full fiscal year. There was this grand reopening, with people leaving their homes, going back into the real world, as well as some headwinds we faced with regards to IDFA privacy policies that Apple rolled out mid-May. We adapted by reducing some of our marketing spend because we want to make sure that we’re delivering against shareholder value with profitability.

Anyway, we believe that the market is super dynamic, and our player base is very strong. We believe that in the long-term, we’re going to continue to adapt as we stay on our growth mission as a company.

Speaking of that growth. In recent years, Zynga has been increasingly active in the M&A market, snapping up hit makers like StarLark. What is the strategy behind this?

We find teams and games that we love. We sit down with those founding teams, and we make sure that we have the right culture match. Making the financial aspect and the M&A stuff work is of secondary importance. As for the companies that have become part of the Zynga family, we let them be their best selves. Once they join the company, we try to help each other with regards to growth strategies and sharing best practices. We have this mantra of growing faster together. This formula has worked time and time again here at Zynga. We’ve had a really fantastic track record of growing our family through M&A. 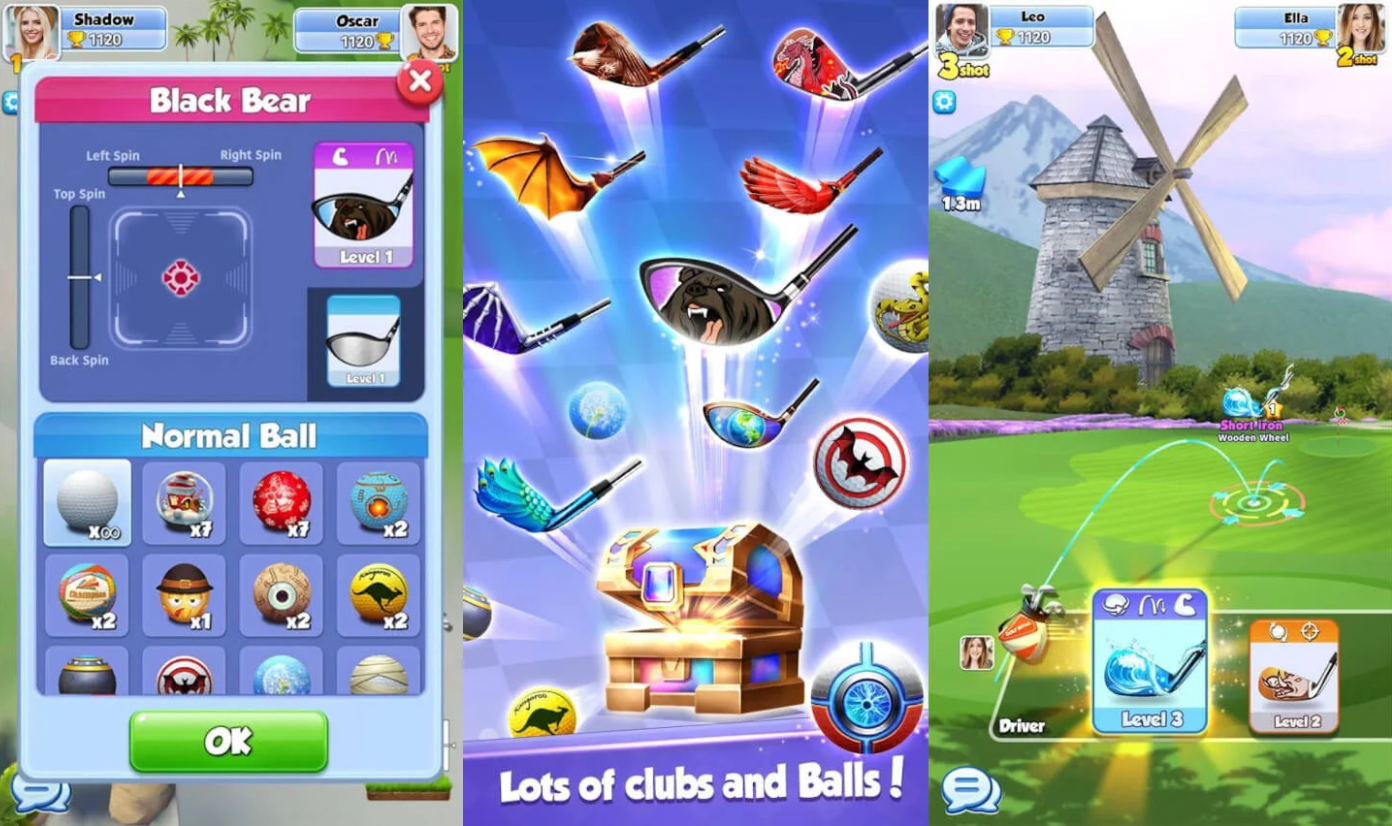 Mixing love and business, though…

Zynga’s DNA is deeply metric-driven. We do tons of product management and data analysis around the health of the franchises [by the teams that we are looking to acquire]. Then you have our current management team. What I like to do on weekends is not play golf. I like to play Golf Rival. We play games in our free time. It’s our passion, it’s what we do for fun.

So bringing those dynamics together of people that just love games and the data discipline embedded in Zynga’s DNA, we find the right balance with franchises that could be part of Zynga and then become a forever franchise.

But that comes at a price, right? StarLark was purchased for $525 million in cash and stock, with the deal happening amid the M&A boom. Would you say that the lockdown has made everything pricier over the past year and a half?

I don’t know what would have occurred if the lockdown hadn’t happened. The pandemic caused a lot of market changes on the mobile gaming side, which has provided more capital for consolidators and potentially higher prices to the companies that have gotten purchased.

At Zynga, we remain inquisitive. We’re very competitive when it comes to going after targets. We’ve become a preferred destination for a lot of companies compared to where we were five years ago. Back then, Zynga was in a much more challenged position. But we’ve proven over time that we’re a high integrity organization that does well by acquisition.

During your Q2 earnings call, you also announced that Rollic has surpassed 1 billion downloads. Looks like things are more or less stable in the hyper-casual games market. Is it the way you see it? Any challenges you anticipate in that space?

These last couple of quarters have really established Rollic as one of the largest hyper-casual publishers in the world, with over a billion total downloads worldwide. Essentially a decent chunk of the worldwide population has experienced a Rollic game. Three of their games, High Heels!, Hair Challenge, and Tangle Master 3D, have each been downloaded over a hundred million times, which is pretty amazing. They’ve had 15 titles that have hit number one or number two [in charts].

When it comes to challenges in hyper-casual space, though, it’s a hit-driven business, so when you’re not launching hits, engagement goes down. But I do believe Rollic has a unique ability to leverage data insights to repeatedly design and publish  worldwide hits.

What’s also really fun about the Rollic business is that being part of Zynga has really helped them evolve into a live service business. So a game like Hair Challenge now has leaderboards and interactions with other players. It’s some of the learnings from Zynga brought into Rollic that can increase the tail of revenue. 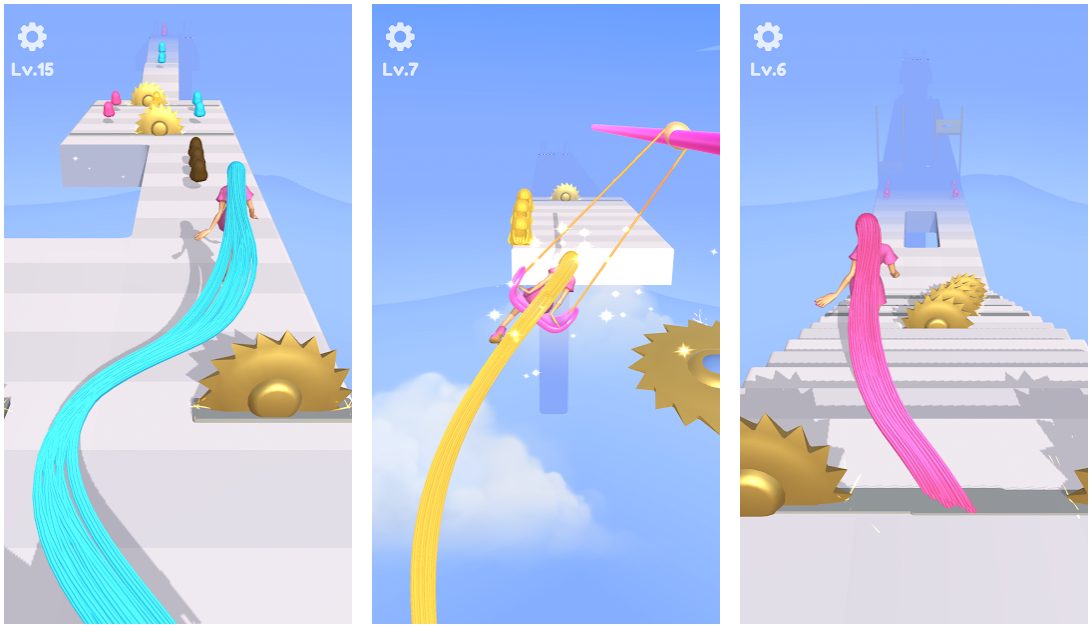 And it’s not just game studios that you go after. You’ve now closed the acquisition of Chartboost. Do I understand correctly that the purchase is supposed to help Zynga reduce the marketing expenses?

That is correct. We just announced that closing the Chartboost deal brings Zynga 700 million monthly active users and one of the largest mobile advertising and monetization platforms. And that means a direct player relationship, a massive reach for our network of games, which will end up driving more efficiency when it comes to driving our games in the marketplace.

The deal also helps us combat the impact of the IDFA-related privacy rulings implemented by Apple because with Chartboost, all the relevant player data becomes first-party data as opposed to us having to work through third parties, in which case you’re limited with regards to data you can share across platforms. So it does give Zynga a competitive advantage.

A friend of mine says that in the end, it will be either large advertising platforms owning gaming companies, or large gaming companies owning several platforms each. Do you think it’s where the market is heading towards?

At Zynga, we have a multi-year growth strategy, and part of that strategy is to control our own fate with multiple points in the ecosystem. You see that there’s a movement with game companies to build out their own networks. And Zynga is doing that as well, both organically and inorganically, with the purchase of Chartboost and adding not only traditional ad network games, like Words with Friends, but bringing in Rollic games to expand one of the most powerful ad networks in the marketplace through gaming. I think your friend has some pretty good insights.

Thank you and congrats, once again, on great Q2 results!