Organic discovery and app store featuring to be declared dead in 2023, according to Deconstructor of Fun
02.02
Dwarf Fortress made $7.2 million in January, 44 times more than in all of 2022
02.02
PlayStation reports 53% Q3 revenue growth, driven by strong sales of consoles and third-party games
02.02
Tenjin and GameAnalytics release Q4 Hyper-Casual Games Benchmark Report
01.02
Chris Zukowski: Steam can only promote up to around 500 indie games per year
30.01
Wargaming top manager called a terrorist by KGB Belarus
30.01
AI USE CASE: How a mobile game development studio saved $70K in expenses
27.01
Sensor Tower: Subway Surfers was most downloaded game in Q4 2022, but the Stumble Guys showed fastest growth
26.01
The Day Before loses its page on Steam. Developer cites trademark complaint
25.01
125 games industry professionals from 85 companies attended WN Connect business event in Belgrad
24.01
All news
Industry News 06.08.2021 16:18

Zynga had a record-breaking second quarter, generating $720 million in revenue. On top of that, the company also announced an acquisition of Chinese studio StarLark, known for its mobile hit Golf Rival. 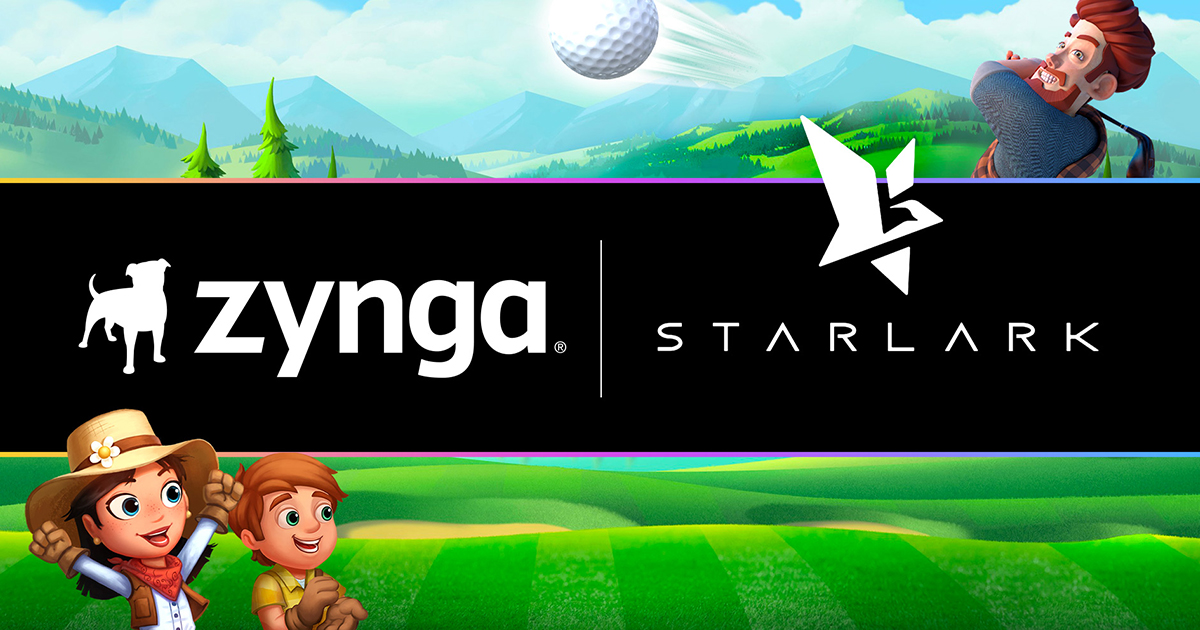 The deal is expected to close in the fourth quarter of 2021. $315 million will be paid in cash, and StarLark will also receive $210 million in Zynga common stock.

The Chinese studio’s biggest title is Golf Rival, which has generated 6 million downloads in 2021 alone. According to Zynga CEO Frank Gibeau, it is the second-largest title game in the genre, right behind Golf Clash from Playdemic, which was acquired by Electronic Arts for $1.4 billion earlier this year. He also thinks that Golf Rival has the potential to become a franchise that earns over $100 million every year.

Zynga also finally closed the deal to buy Chartboost for $250 million. It is a marketing platform with a focus on mobile advertising and monetization.

The acquisition was initially announced in May, with Zynga promising to “create a new level of audience scale and meaningfully enhance our competitive advantage in the mobile ecosystem.”

On August 5, Zynga also shared its financial results for the second quarter of 2021. Here are some key figures from the report: 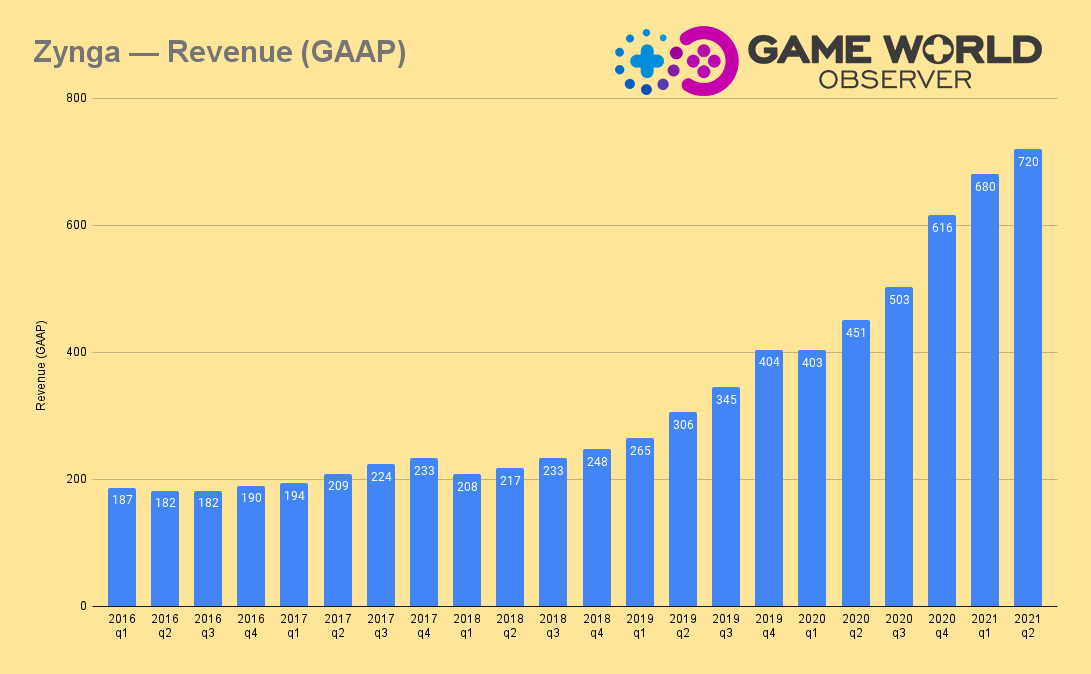 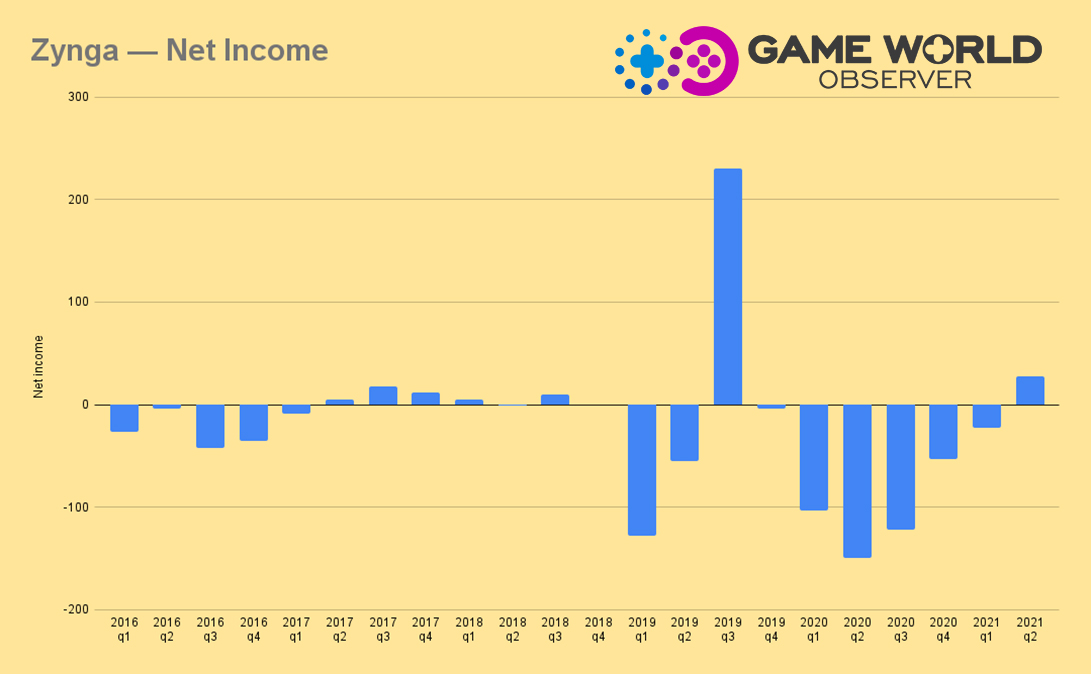