An insider leaked the 54-page document to CBC. The presentation refers to the game’s mode FIFA Ultimate Team (FUT), which allows loot boxes, as the “cornerstone” of the game.

“We are doing everything we can to drive players there,” one of the slides says. 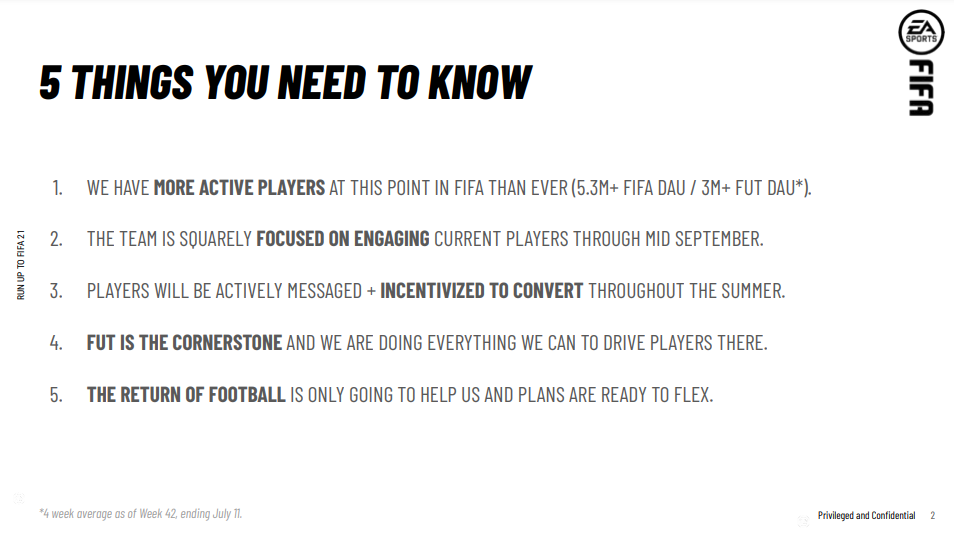 The insider claims that he and other devs “don’t feel good about projects that include loot boxes,” which is why they decided to leak the document.

“We can’t really do anything about it because at the end of the day, [the] company is trying to make money and satisfy investors,” the anonymous developer said.

An EA spokesperson declined to comment on the document other than to note that it is being “viewed without context” and that interpretations of its content “are misinformed.”

EA’s official position has always been that any spending in the game is strictly optional, with most players choosing not to spend.

“I don’t know why anyone would ever put that in print at the company,” the insider added. “It’s getting harder and harder to defend what is very obviously unregulated gambling.”