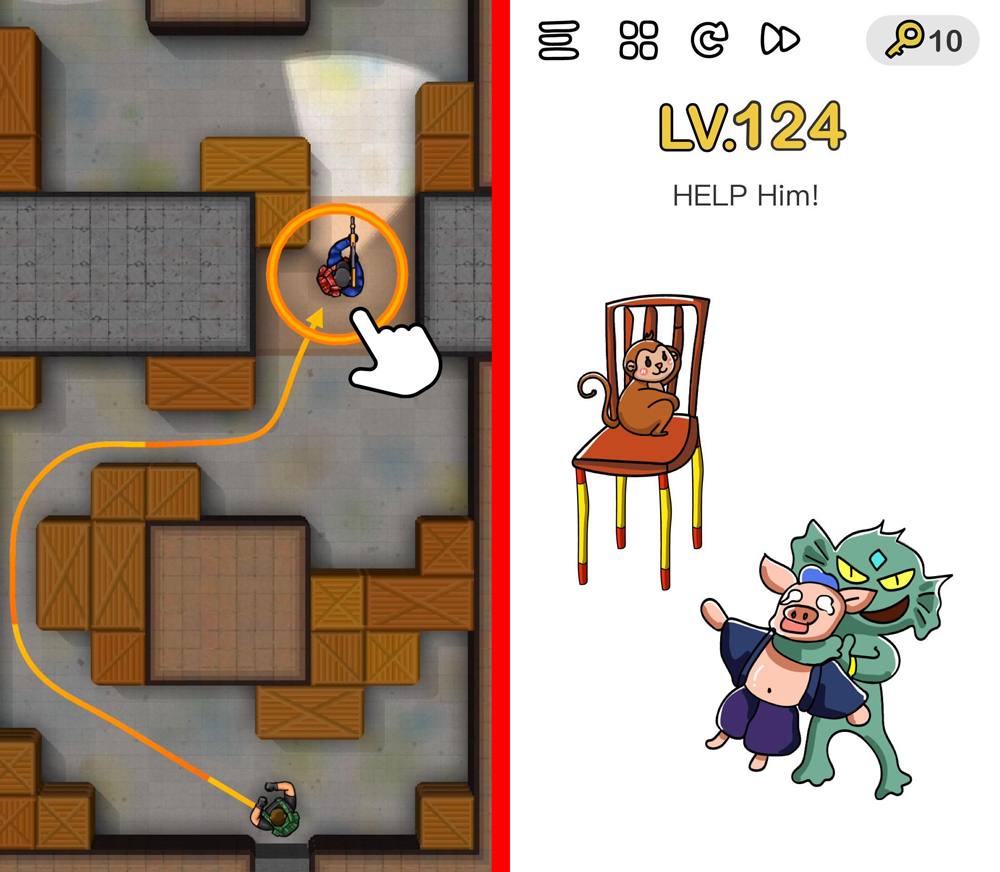 Hunter Assassin and Brain Out

As for hyper-casual hit Sand Balls from Belarusian publisher SayGames, which previously occupied the top spot, it moved down to the third position in ranking. However, SayGames might just be ok with this. The company released two new games: platformer Johnny Trigger featuring slow-mo bullet time and runner Turbo Stars. Both hit the top ten most downloaded games. 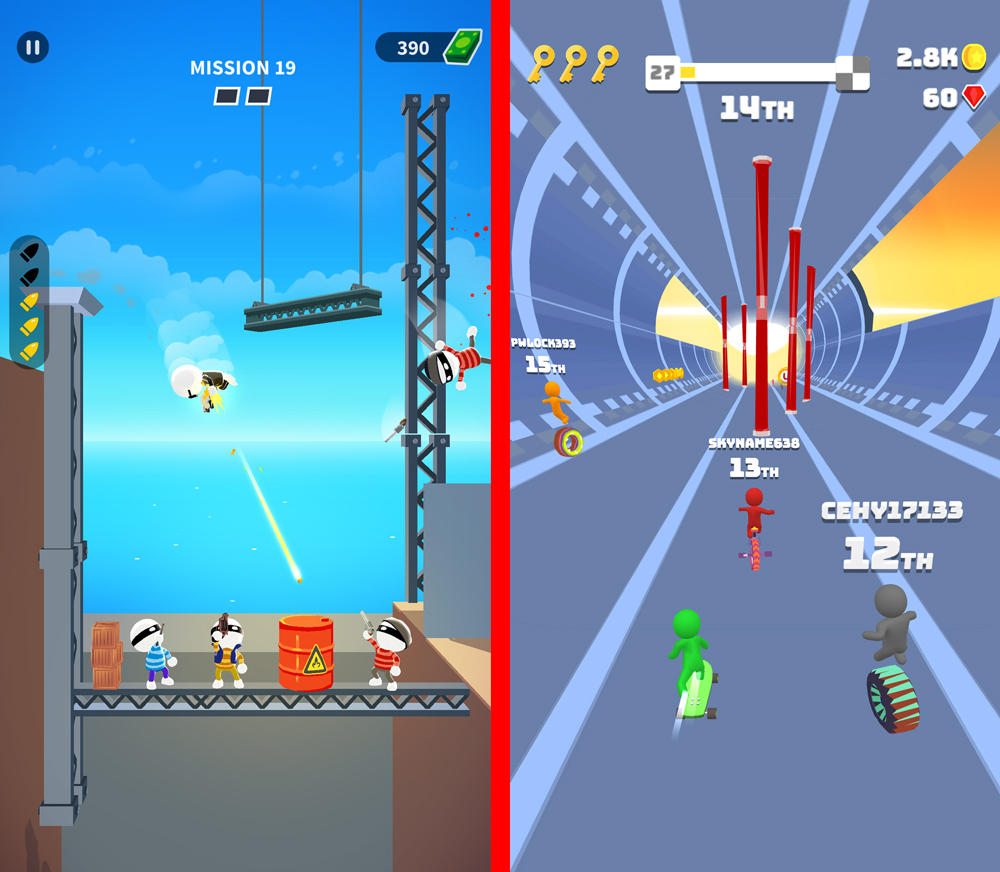 Another project that made it into the top ten for the first time is Sky Roller. The publisher behind this arcade is Homa (France). Over a month, it generated more than 10 million downloads (most of the those are from Android).

By the way, to get into the top ten most downloaded games of the month, it’s enought to generate at least 10 million installations. However, to get to the seventh spot, you need to get 20 million downloads or more. 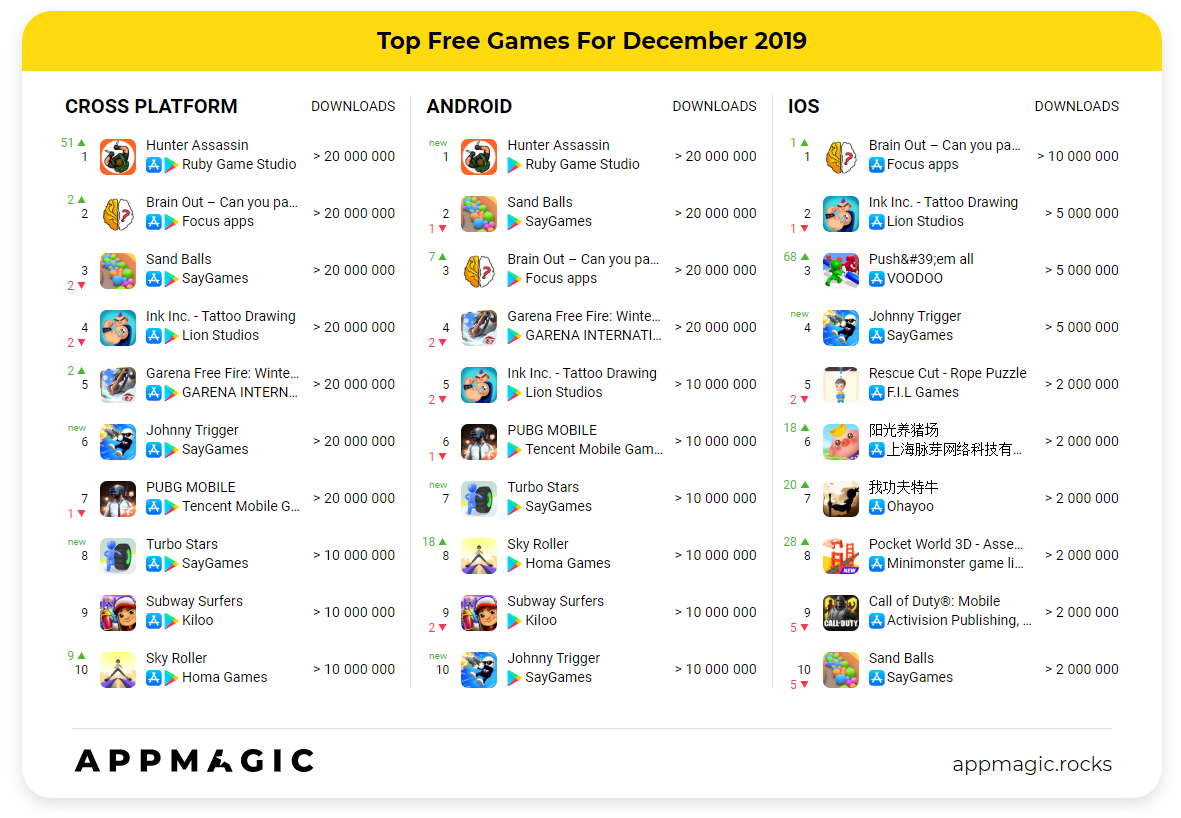 There are three key changes in the top ten highest-earning mobile games (that’s covering revenue both from the App Store and Google Play ): 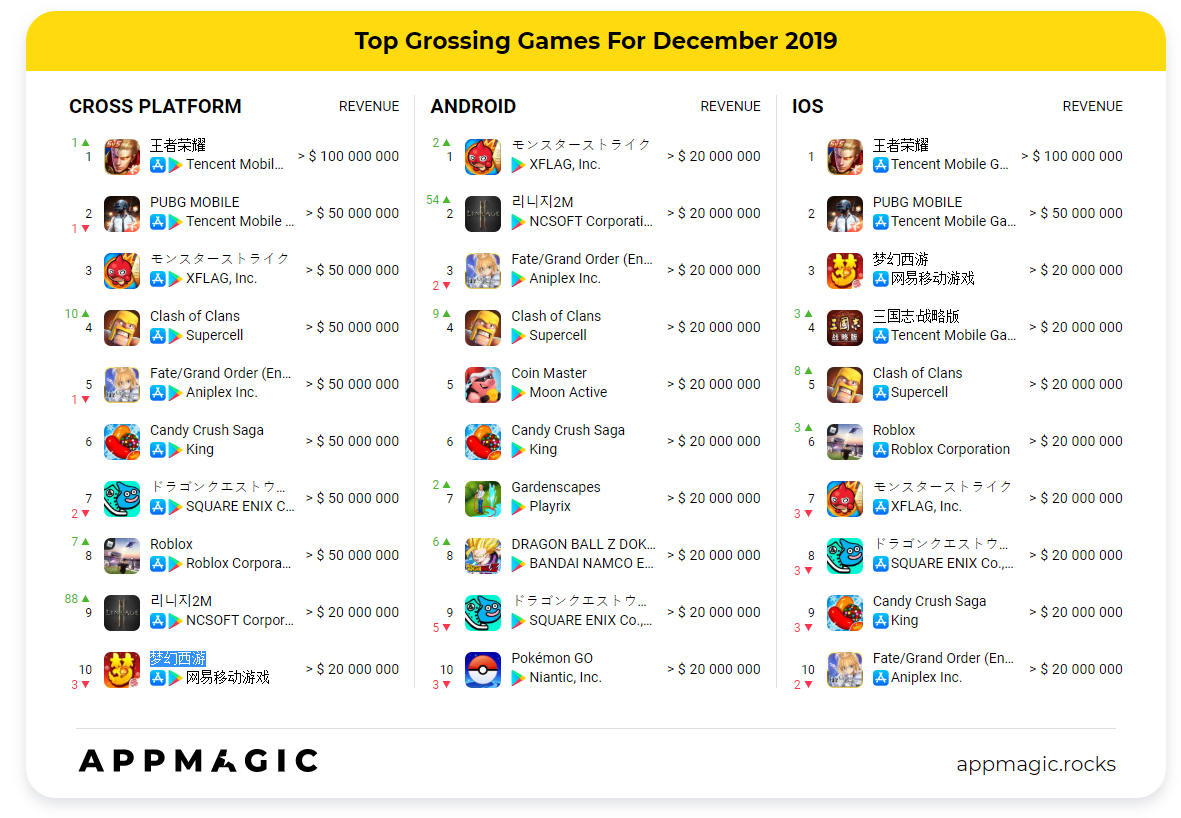 Interested in more market intel from AppMagic? Why not catch up with AppMagic founder Maksim Samorukov himself at White Nights Amsterdam, January 23-24, 2020?