Chris Zukowski: Steam can only promote up to around 500 indie games per year
30.01
Wargaming top manager called a terrorist by KGB Belarus
30.01
AI USE CASE: How a mobile game development studio saved $70K in expenses
27.01
Sensor Tower: Subway Surfers was most downloaded game in Q4 2022, but the Stumble Guys showed fastest growth
26.01
The Day Before loses its page on Steam. Developer cites trademark complaint
25.01
125 games industry professionals from 85 companies attended WN Connect business event in Belgrad
24.01
Blizzard caught up in scandal. Again. This time it is all about ranking its employees
24.01
Cyberpunk 2077 quest director Paweł Sasko on game’s non-linearity: “Players expected more because of the fact how The Witcher 3 is built”
23.01
Key success factors for ZERO Sievert, top-down extraction shooter that generated over $1 million in its first week
23.01
Dragon Age: Dreadwolf production director Mac Walters leaves BioWare after almost 20 years
23.01
All news
Industry News 11.10.2019 18:04

It’s called Chorus: An Adventure Musical, and it will put the player in the shoes of Grace, a singer that has to clear her name after a magical creature dies at her doorstep. 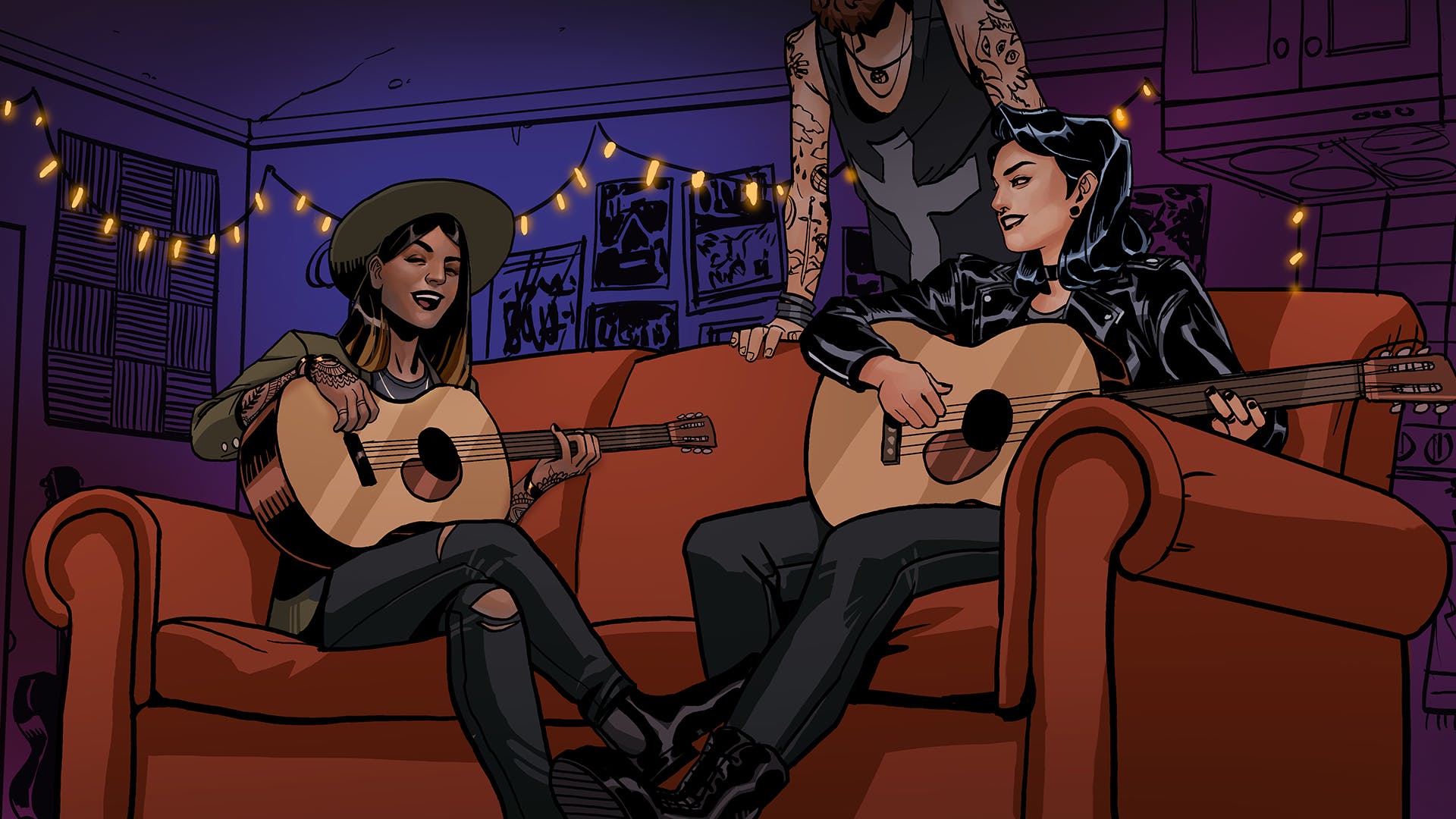 “We wanted to make a musical, a game with a focus on character and story, where the big moments happen in song, and the player decides where that song goes.”

Laura Bailey, who is best known for her work in Gears 5, Spider-Man (2018), will lend her voice to the protagonist, with Troy Baker slated to provide voice direction.

While a clear departure from previous works by Gaider, Chorus will feature a branching narrative with focus on character development, adventure, and romance.

The game play will revolve around choice-based dialogues in the vein of interactive visual novels and, naturally, Dragon Age. The player’s choices will be restricted by their class (Kickass, Clever or Charming). Their traits can be levelled up over the course of the game suggesting RPG elements. In a new mechanic, certain choices will allow players to build up “flow” in songs, something that can affect the world.

After a year of attempts to pitch the game to various publishers, Summerfall Studios is now crowdfunding the game on fig.co. Backers have already pledged over $70k towards its $600k goal in less than a day.