It Takes Two hits 10 million unit sold. “Nobody expected this,” says Josef Fares
18:22
Over 1 million Chinese players apply for refunds due to expiration of Blzzard’s agreement with NetEase
14:58
NCSoft West lays off 20% of employees as part of ‘global realignment’
13:09
Organic discovery and app store featuring to be declared dead in 2023, according to Deconstructor of Fun
02.02
Dwarf Fortress made $7.2 million in January, 44 times more than in all of 2022
02.02
PlayStation reports 53% Q3 revenue growth, driven by strong sales of consoles and third-party games
02.02
Tenjin and GameAnalytics release Q4 Hyper-Casual Games Benchmark Report
01.02
Chris Zukowski: Steam can only promote up to around 500 indie games per year
30.01
Wargaming top manager called a terrorist by KGB Belarus
30.01
AI USE CASE: How a mobile game development studio saved $70K in expenses
27.01
All news
Industry News 21.12.2022 17:31

OpenAI, the startup behind DALL-E, has released its new system called Point·E. It combines several models to generate low-res 3D objects in a matter of minutes. 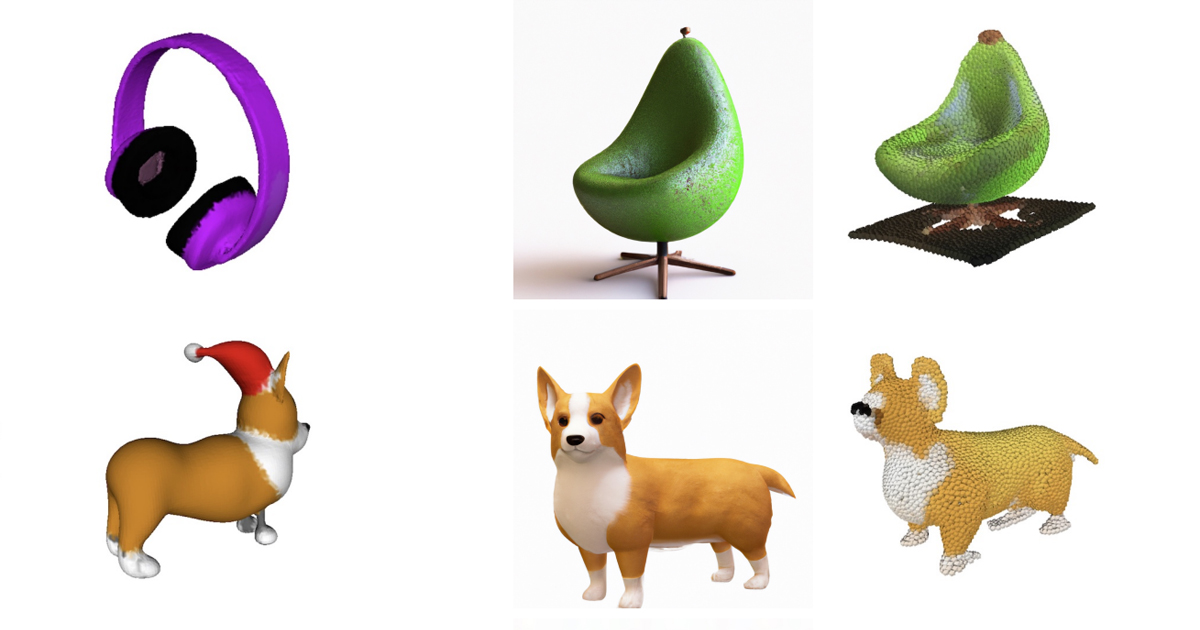 Point·E was open-sourced on December 20, with its source code being uploaded to GitHub. OpenAI also released a paper detailing the system, methods used for its training, as well as its key features and limitations.

Like Google’s DreamFusion or Nvidia’s Magic3D, Point·E converts text into 3D objects but does it much faster. However, this system is not capable of generating really high-quality models.

The system generates RGB point clouds — discrete sets of data points that represent a 3D shape or an object — from a text prompt.

Here is how this process looks like in more detail: Point·E uses a text prompt to synthesize a rendered object (via the text-to-image model) and then feeds it to the image-to-3D model to produce a point cloud shape.

Point·E doesn’t render point clouds directly. But it can convert them into meshes by using a “regression-based model to predict the signed distance field of an object given its point cloud” and then assigning colors to each vertex of the mesh.

Due to outliers and other noises that produced point clouds typically have, the meshes often lack important details of the original shape. So this issue is yet to be resolved.

OpenAI also acknowledges that its model has several other limitations, including the fact that Point·E only produces 3D shapes “at a relatively low resolution in point clouds that does not capture fine-grained shape or texture.” 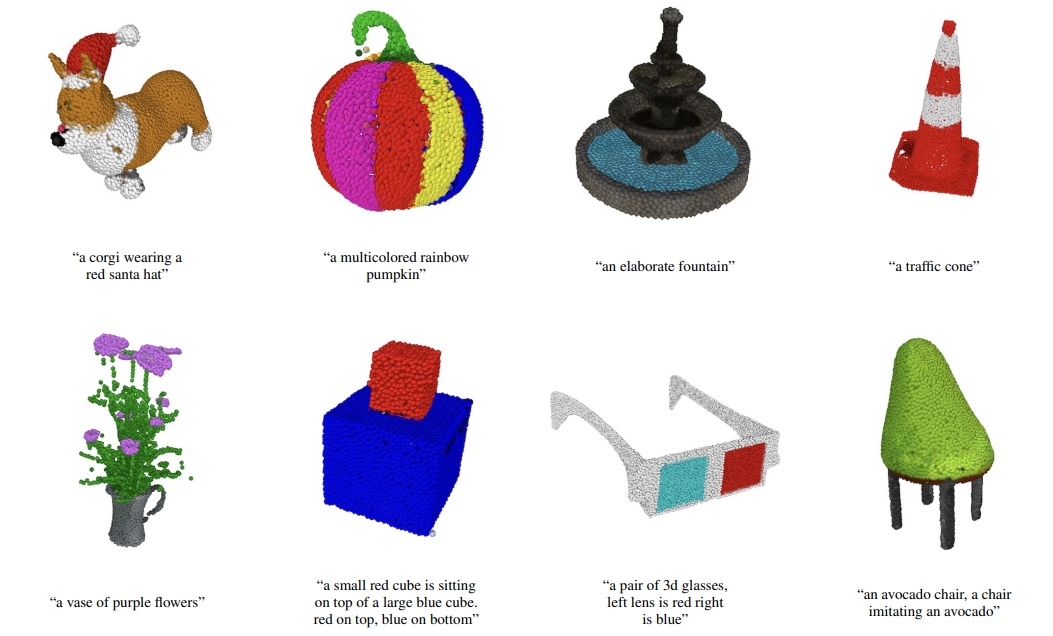 “While our method still falls short of the state-of-the-art in terms of sample quality, it is one to two orders of magnitude faster to sample from, offering a practical trade-off for some use cases,” the paper reads.

According to OpenAI, Point·E can be used to create real-world products (e.g. through 3D printing). The company also hopes that this system will serve as a “starting point for further work in the field of text-to-3D synthesis.”