It Takes Two hits 10 million unit sold. “Nobody expected this,” says Josef Fares
18:22
Over 1 million Chinese players apply for refunds due to expiration of Blzzard’s agreement with NetEase
14:58
NCSoft West lays off 20% of employees as part of ‘global realignment’
13:09
Organic discovery and app store featuring to be declared dead in 2023, according to Deconstructor of Fun
02.02
Dwarf Fortress made $7.2 million in January, 44 times more than in all of 2022
02.02
PlayStation reports 53% Q3 revenue growth, driven by strong sales of consoles and third-party games
02.02
Tenjin and GameAnalytics release Q4 Hyper-Casual Games Benchmark Report
01.02
Chris Zukowski: Steam can only promote up to around 500 indie games per year
30.01
Wargaming top manager called a terrorist by KGB Belarus
30.01
AI USE CASE: How a mobile game development studio saved $70K in expenses
27.01
All news
Game Development 19.12.2022 18:39

Ryan Smith, tech art director of R&D at Gearbox, has opened up about how the studio is already using AI in its work. He encouraged other artists to learn these tools, because they can help in solving routine tasks.

Smith posted a thread on Twitter amid an ongoing debate about the use of AI-generated images on ArtStation.

Last week, many professional artists took a stand against AI artwork and urged their colleagues to boycott ArtStation, while the platform stated that it had no plans to “stifle AI research and commercialization.”

“As an R&D Engineer who has actual experience creating custom AI architectures at Gearbox and deploying them to artists, I feel like I can add to the discourse in some meaningful way, rather than just be more noise,” Smith wrote.

1/N
I wanted to say a few words about AI and what’s going on with @ArtStationHQ . Normally I wouldn’t comment, but as an R&D Engineer who has actual experience creating custom AI architectures at Gearbox and deploying them to artists, I feel like I can

Who is Ryan Smith?

How does Gearbox use AI to help its artists?

Ryan Smith created a special architecture for the studio that “takes a normal map as input and outputs Borderlands-style ink masks that give a good 60-80% baseline for a given texture.”

Simply put, artists can use this tool to turn base colors into the comic book-like art style of the game. This network was trained on content from all previous Borderlands games. 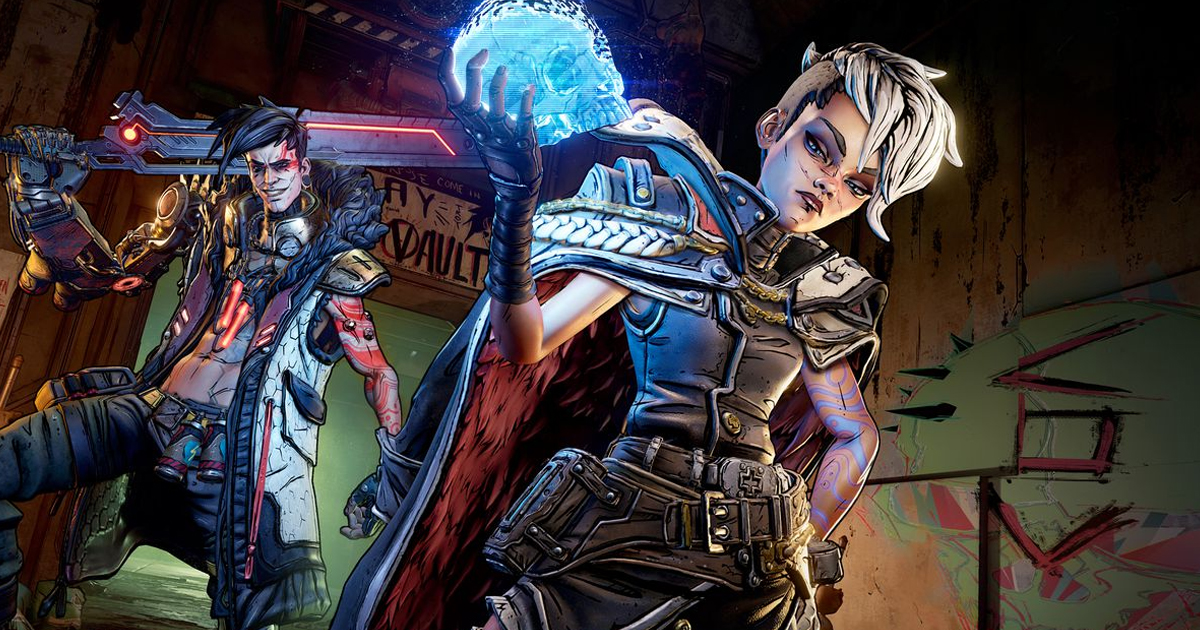 As Smith also pointed out in the replies, he designed the AI to be trained even on consumer hardware. But it still requires an artist to add the final touches and perfect the result.

Quick clarification – the prohibiting factor for training AI models is GPU memory. When you train with large batches of images, the model generalizes better, but requires more memory. There is often a tradeoff with memory vs quality during training. But it’s not a rule.

He, unfortunately, didn’t share any examples of how this tool works for Gearbox artists. But its main goal is to help professionals get rid of the most routine tasks and focus on more important things instead.

According to Smith, “this saves artists DAYS of time and helps prevent crunch. One of the main points I’m trying to make is that AI, when used ethically, is an incredibly powerful tool that saves money by saving you time.”

He also acknowledged all the copyright concerns professional artists have about Midjourney or Stable Diffusion, which are trained on millions of images created by real artists. For example, Metal: Hellsinger creative director David Goldfarb thinks that “until the legality of all this stuff is sorted out, anyone who bets on AI is likely to lose.”

Smith agrees with all artists who don’t want their work to be used for training different AI tools. At the same time, he thinks that we should be prepared that lawyers will argue that the process of AI training is similar to how real artists learn from other people’s work.

to help give you inspiration for a character design? Copyright infringement. It sounds silly to say that, doesn’t it? But the truth is that your brain pulled features from all different scales and applied those in a different way to make something new.

He then compared the AI to the bombs activated by Ozymandias at the end of Watchmen. This has already happened, and artists now should realize how to deal with the outcome.

of a tool it can be in ideation and pre-production, as well as inspiration and other things. It also already has your data. Moving your images to another site isn’t going to stop the scrape. Nothing will until laws are passed and enforced. ArtStation knows this.

That’s why Smith thinks that artists should learn how to use AI as soon as possible. “It is a tool just like anything else, and when time = money, knowing how to effectively use powerful tools will make you a showstopper in this industry,” he noted. “And having the added bonus of being able to actually art direct these things will make you more powerful, not obsolete.”