It Takes Two hits 10 million unit sold. “Nobody expected this,” says Josef Fares
18:22
Over 1 million Chinese players apply for refunds due to expiration of Blzzard’s agreement with NetEase
14:58
NCSoft West lays off 20% of employees as part of ‘global realignment’
13:09
Organic discovery and app store featuring to be declared dead in 2023, according to Deconstructor of Fun
02.02
Dwarf Fortress made $7.2 million in January, 44 times more than in all of 2022
02.02
PlayStation reports 53% Q3 revenue growth, driven by strong sales of consoles and third-party games
02.02
Tenjin and GameAnalytics release Q4 Hyper-Casual Games Benchmark Report
01.02
Chris Zukowski: Steam can only promote up to around 500 indie games per year
30.01
Wargaming top manager called a terrorist by KGB Belarus
30.01
AI USE CASE: How a mobile game development studio saved $70K in expenses
27.01
All news
Game Development 14.12.2022 20:05

What game devs think about generative AI: “World and mission design are about as AI solvable as neurosurgery”

The surge in popularity of ChatGPT, Midjourney, and other tools has people thinking that AI will soon replace artists and will help even smaller teams create games on the scale of Cyberpunk 2077 or RDR 2. However, many devs remain skeptical. 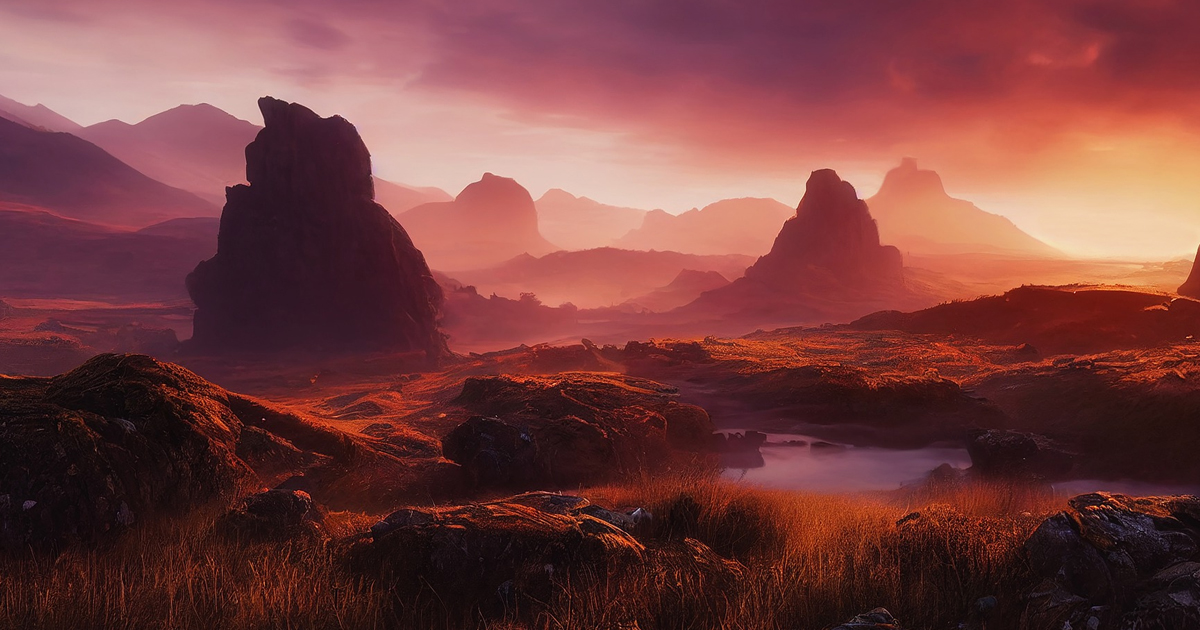 The whole debate began after Jon Lai, general partner at investment firm Andreessen Horowitz (a16z), posted a huge thread on Twitter in which he tried to explain how generative AI will change the games industry forever.

with generative AI, small teams can ship at near AAA quality but at a fraction of the cost & time

Lai cited Cyberpunk 2077 as an example of a AAA game that was incomplete despite being nine years in development*. He thinks that developers will be able to ship projects like this a lot faster with help of generative AI: “Imagine Cyberpunk where much of the world / text was generated, enabling devs to shift from asset production to higher-order tasks like story-telling & innovation.”

*Side note: despite being announced in 2012, actual production took around three-four years, not nine.

Lai went on to call genAI “the next level of procedural generation” and say that this technology will open up the market for new creators and business models in the future.

6/ for 3D assets, genAI could be the next level of procedural generation already used in many games

if you played @Diablo @EldenRing, you’ve spent hours in worlds created with algorithms. 80% of the @EldenRing greenery was procedurally generatedhttps://t.co/NOrFCgtv7D

What do game developers think about genAI?

The thread went viral and made dozens of game developers share their thoughts in the comments, with many of them expressing skepticism about generative AI.

Game designer Patrick Mills, who currently serves as franchise and lore designer at CD Projekt RED, criticized Lai’s take on how AI could potentially fasten the development of Cyberpunk 2077.

“The only thing that AI could help with is generating filler material, like text for props or other stuff that’s not really meant to be read,” he noted, adding that maybe AI could also be used for some minor 2D art. But that’s it.

However, Mills, who worked on titles like Neverwinter Nights 2 and The Witcher 3, thinks that none of these things would have made Cyberpunk 2077 a better game at all. “Call me when AI can code a streaming system,” he wrote. “At the moment it could, at best, help in the margins, but those tools still need to be engineered.”

When I was younger I’d have been all over this stuff, and even as a cynical old man I still recognize that there is tremendous power in this tech, maybe revolutionary power? But the op misunderstands the potential of the tech, how it could/should be applied, and basic gamedev.

SpacePrez, senior software engineer at Blizzard, also replied to Lai’s thread by saying that he doesn’t understand “what [machine learning] (not AI) is capable of, as well as what the real challenges of game dev at the AAA level are.”

Dirk Songuer, who works at Microsoft on Internet of Things and Mixed Reality, agreed, saying that generative content existed in game development for years in the form of procedural generation. However, AI won’t help produce AAA games faster.

integrated in tools it will make content generation faster, but that’s a red queens race. Meaning: AAA will be as expensive, take as long but the quality will be higher. Less expensive titles will be on the quality level as AAA now.

Naughty Dog enviroment artist Julian Elwood thinks that the biggest issue with this “AI can signficantly reduce development costs and time” take is that it revolves around a static quality bar. “But per Parkinson’s Law, actual AAA studios with budgets will continue to push the new bar higher,” he wrote.

Supersonic producer Robin Clarke pointed to Lai’s misunderstanding of the role of procedural generation in game development: “CP2077’s world is already made of reusable assets. World and mission design are about as AI solvable as neurosurgery.”

Programmer and modder Toma400 also noted that generative AI won’t replace procedural generation because these are two different things: “Not all words connected to generation are AI. I can generate random 100 numbers with simple Python script, but it’s not AI.”

Ivy Road lead animator Aura Triolo added that generated content is worthless unless you can make it interesting. “This is what art direction is, this is what design direction is,” she wrote. “You can’t simply take those out of the process and end up with anything worth experiencing.”

David Goldfarb, director of Metal: Hellsinger developer The Outsiders, made a good point by saying that one of the issues with AI is that it is “being trained on copyrighted work which is going to be the subject of lawsuits for years to come.”

the clarification is that all this progress is being trained on copyrighted work which is going to be the subject of lawsuits for years to come, so until the legality of all this stuff is sorted out, anyone who bets on AI is likely to lose.

WayForward QA tester StarCryptid ironically noted that, as an artist, he can’t wait for his assets to be stolen and used incorrectly.

As an artist, I can’t wait for my assets to be stolen and used incorrectly.

As QA, I look forward to the confusion over who to send the ticket to when AI generates text or assets that are incorrect, unintentionally offensive, or broken and went completely unnoticed by the QA AI.

The Long Dark director Raphael van Lierop recalled how Lai and a16z have been promoting NFT and crypto for a while, saying that they only care about money and not about “what roles or crafts get swept up in the new utopian AI-driven future where 8 folks in a basement can make RDR2.”

Jon Lai then wrote another thread, trying to clarify some of his thoughts. He noted that AI won’t replace human creativity, but will help development teams iterate faster. He also responded to some criticism, including the copyright issue, and added that “AI can give us all superpowers, but it’s up to us to figure out how to use it responsibly.”