Little Nemo and the Guardians of Slumberland is an upcoming platformer / metroidvania by indie developer DIE SOFT. We have reached out to the studio’s founder Dave Mauro to discuss how he started his journey and decided to make a game inspired by retro comics and NES classics from Nintendo and Capcom.

Dave Mauro was first introduced to video games as a small child, thanks to the Texas Instruments TI-99. It’s been his hobby ever since and he even worked as an app engineer. However, Mauro never had full game development experience until he started working on Little Nemo and the Guardians of Slumberland. 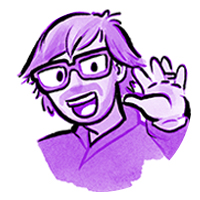 I think I made a couple of games in Macromedia Flash in high school and worked on some game jam projects after college, but it wasn’t until a couple of years ago that I decided to leave my job as an engineer and actually pursue this hobby as a career.

Ever since founding Die Soft, Mauro has been handling everything himself, including engineering, art, animation, and game design. The team has grown ever since, so now he finally got extra help from: The Guardians of Slumberland is inspired by Winsor McCay’s Little Nemo comics (the IP is now in the public domain). First published in the early 20th century, the series tells the story of a young boy named Nemo, who sets out on a journey into a wondrous dream world.

“I’d been fairly obsessed with Little Nemo for quite a while, so when I realized that could be the project, I kind of immediately made that decision,” Mauro says. He needed a simple and familiar concept for his first commercial game, so a 2D platformer / metroidvania based on the Slumberland world seemed like a perfect fit.

In Mauro’s game, a player will take on the role of Nemo to rescue the Guardians of Slumberland and ultimately save Slumberland from the threat of the mysterious Oblivion. “Each major area of the world will have a guardian whose help you’ll need to enlist, but first you’ll need to free them from their curse,” the developer explains. “They’ve been transformed into animals matching that of their cute, animal-themed kigurumi onesies.”

Visually, Mauro wanted to break away from some of the trends in metroidvanias and make Little Nemo’s tone similar to 8-bit Nintendo and Capcom classics like Super Mario Bros. and DuckTales. He tried to recreate the vibe of those titles, which he remembers for “blue skies and cute and iconic zones, each with a distinct theme.” 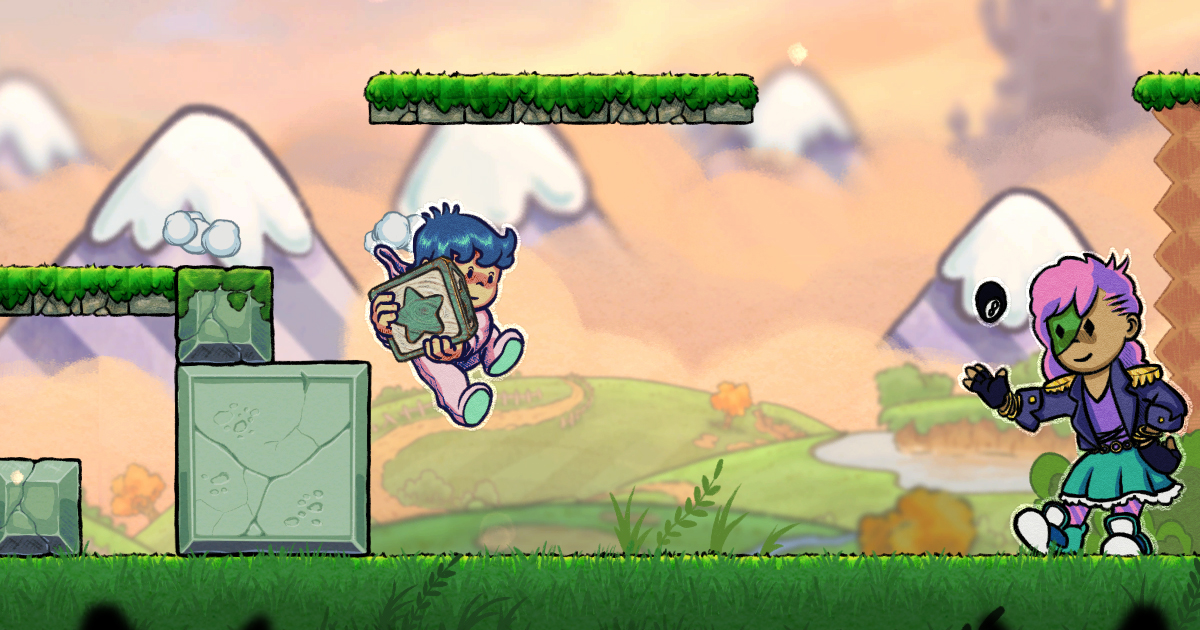 “Although this game is heavily inspired by Super Metroid, instead of getting weapons and armor, you’ll be collecting toys and PJs,” Mauro says of other titles that influenced the project. “What I wanted to do to make it stand out amongst other metroidvanias was to change the tone a bit from the norm, and also focus more on platforming with retro-sensibilities, rather than on frenetic melee combat.”

Mauro also cited Calvin and Hobbes as his biggest non-game inspiration. Created by Bill Watterson in the 80s, this is a classic comic strip about the adventures of a mischievous boy and his stuffed tiger. So the idea was to recreate this nostalgic energy for The Guardians of Slumberland.

That’s a comic that is clearly very much about Bill Watterson recalling with fondness his time as a kid running around outside. And like Nemo, it’s very much about the imagination and just unbridled creative ideas. I think Slumberland and those scenes that Calvin completely imagines (like Spaceman Spiff) are very similar in that sense.

The game is built with Unity, which is used for the bulk of engineering work (along with VS Code). Mauro combines it with his iPad and the Procreate app for drawing sprites and background art, which is then animated and imported into the engine.

I’m using Unity — version 2020.3 LTS for now, possibly until release — and within Unity there are some key technologies that I use. I’m using the newer URP (Universal Rendering Pipeline) along with some still-in-preview 2D rendering features and 2D lighting packages. I also use Unity’s ECS packages to write a lot of the core game logic.

Mauro notes that getting the visuals right is the most difficult thing about The Guardians of Slumberland development. “On the one hand, I’m very picky about this stuff, but on the other, I’m not a particularly talented artist,” he explains. “That’s not humility or anything — I am happy with how the game is coming along visually — but it represents an outsized amount of work for me personally to get there because I do so much self-editing.”

Here is a sketch that I made a while back that is more like what you’re suggesting. I really like this idea, just needs some more work since it just has more going on in the backgrounds. pic.twitter.com/ZPEHHwMzGi

Trying to handle all these things by yourself while managing a small team is not an easy task that can come with the stress. Mauro realizes that the burnout threat is real. But it seems like he found a way to have fun during development and not get stuck in this feeling: “I’ve tried to work in a way where I’m just always working on whatever fun thing kind of catches my interest, and trying not to stick too hard to a timeline. This is certainly not the fastest way to make a game, but it keeps me interested and excited in the project.” Marketing and launching a Kickstarter campaign

Programming and art aside, one of the main aspects of indie gamedev is self-promotion. Mauro uses Twitter to get the word out, with Rygar and Char helping him with other social channels like TikTok and Discord.

Rygar also provides Mauro with some game design feedback: “I think sometimes we enjoy different things about [the games we like], but knowing we both want to work on the same sorts of games means I can trust that his feedback on the project will be really helpful in providing a different (but not widely diverging) viewpoint.” 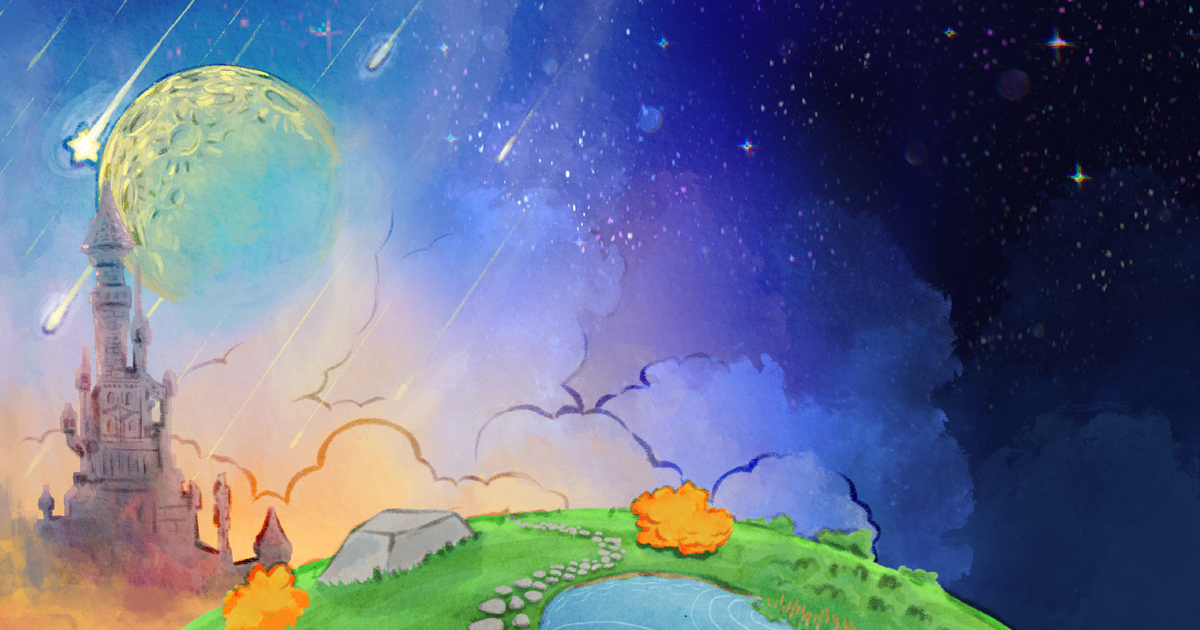 One of Little Nemo’s backgrounds

Die Soft decided to seek funding for Little Nemo and the Guardians of Slumberland on Kickstarter. The first thing that catches your eye when looking at the campaign’s page is that it is really thought out and detailed (especially for a novice indie developer).

As Mauro tells us, none on the team had experience with crowdfunding before. However, he got some feedback from Tabletop Tycoon founder Dan Yarrington and Anthony Haevermaet (aka Wachtunder), whom he describes as a big fan of indie game Kickstarters.

Anthony was willing to give really brutal feedback (which is super helpful, most people will tend to be too nice) that really helped polish the project page. It would probably be overly verbose and have a much less eye-catching cover image without his help.

The Guardians of Slumberland campaign has already raised $50.5k out of $65k since its launch on June 9. With six days to go, there is a visible chance of Die Soft reaching the goal.

Mauro says that this sum should be enough to finish the game. However, he might need some additional funding to get help in making the sprites and background assets: “This would help make the world feel more fleshed out with details than would be possible if I do all the art myself in addition to everything else.” 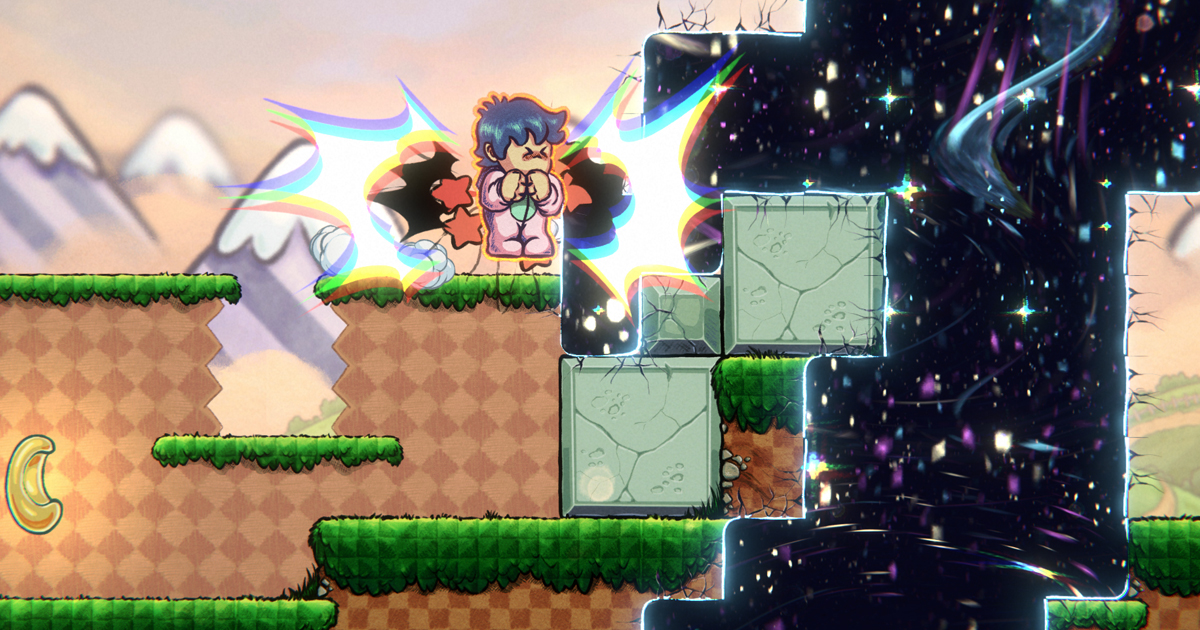 Other than that, Die Soft wants to stay independent. Mauro notes that he would consider working with a publisher only if the right deal presents itself.

“I think ultimately though, I’m finding the marketing end of things is such a beast that even as much as I’m learning about all of that, it takes so much work to break through,” Mauro concludes. “Ideally, a perfect partner would help lead that marketing push and be able to provide funding and insight to help hire other talent that is needed.”

Little Nemo and the Guardians of Slumberland is expected to come out in 2023 on Nintendo Switch and PC (Steam and itch.io).