How to create Red Alert-inspired game assets by fine-tuning Stable Diffusion
18:42
Member of CD Projekt’s board of directors sells 50,000 shares for almost $1.5 million
16:25
Persona 5 Royal reaches 3.3 million units sold, with total sales surpassing 8 million copies
14:56
Apex Legends Mobile becomes best game of 2022 for both Android and iOS
12:26
Todd Howard on making games playable for 20 years: “It changes the way you think about how you architect them from the get-go”
30.11
Valve removes SimFabric games from Steam over fake reviews allegations
30.11
Loot boxes cause financial and emotional harm to kids due to gambling-like design techniques, UK study says
30.11
Median indie game earnings on Steam barely exceed $1,000 lifetime
29.11
“It should serve as a lesson in how not to do business”: what does the end of Stadia mean for cloud gaming?
29.11
Report: Microsoft ready to make concessions in Activision acquisition, including licensing deal with Sony
29.11
All news
Dev Interviews 13.05.2022 15:32

AweKteaM is a small indie studio based in Spain, which is now working on its upcoming roguelite platformer Tower Princess. We spoke with the team about the development and challenges on the way to offering their own vision of the genre. 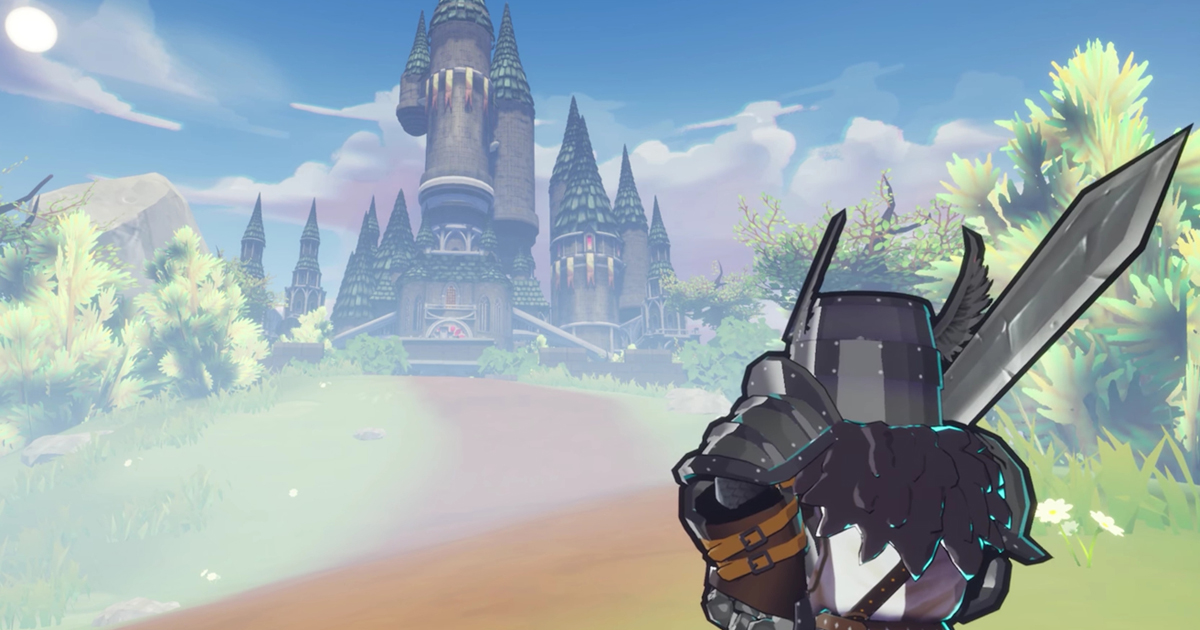 We reached Marcos to discuss the studio’s background, their gamedev journey, the original concept for Tower Princess, and how the team found inspiration in classic games and differerent pop culture elements. As a kid I was really fascinated with how The Legend of Zelda: Oracle of Seasons handled the puzzles and dungeoneering, which definitely has influenced me as a game developer.

After leaving my college studies in multimedia computing and learning 3D graphics and animation at a specialized college (ESAT), I had the opportunity to personally meet the amazing people at Anima Project Studio.

As a huge fan of Anima, it was really exciting for me to be able to collaborate with them as a 3D artist. I’ll always be grateful for the experience and knowledge I learned from them, in what was my first real experience as a game developer. AweKteaM origins, getting feedback from other studios, and exploring business side of gamedev

We started in 2016, but it was in 2018 when we quit our part-time jobs to fully focus on Tower Princess. It’s been a really long development, but mostly because we were also learning the full process of the development.

Being game developers ourselves, we knew how to make a game, but we didn’t know how to run a studio. We had to learn about production, marketing, business, legal stuff, and more things like these, which were things totally new to us!

Although we’ve developed a very cross-functional skill set over the years, there were some things that stayed out of our reach. Fortunately, we found some freelancers among our community who helped us, mostly with an amazing soundtrack, voice acting, and 2D art for the game.

There are also some huge studios in our region, such as Anima Project Studio (Gate of Memories), Digital Sun (Moonlighter) or Chibig (Summer in Mara), among many others. We’ve had the opportunity to regularly receive feedback from them during development to keep improving Tower Princess.

We also shared an office for some time with Nukefist (Genokids). It’s been really funny and productive to share the indie experience with another studio in the same situation!

Tower Princess was originally conceived as a board game, where we already had a clear concept of a procedurally generated dungeon. The idea quickly evolved into a video game, but we kept the same core concepts. We loved the idea of a 3D roguelite, and as we didn’t know many, we felt it was our opportunity to create the game we wanted to play!

The original idea for Tower Princess was to make something like Rogue Legacy, but as a 3D action platformer with princesses. This aspect has been heavily influenced by those 3D games from the PS2 and Gamecube era. Despite not being an actual reference itself, we’re huge fans of Dark Souls and we know this influenced the gameplay somehow! One of the early knight concepts

On the other hand, the mood of the game has been influenced by media like Shrek, Adventure Time or DnD. Even part of the internet subculture, such as the “I’m getting too chivalrous for this…” meme or Towergirls, which inspired us in their own way.

So Tower Princess takes the spirit of the old school 3D action platformers and merges it with more modern roguelite mechanics. It’s a parody of the classic “knight rescues the princess, defeats the dragon, and lives happily ever after” but with a comedic twist.

In Tower Princess, you’re one of the many humdrum knights and knightesses who enter the dungeon hoping to rescue the princess and  earn her heart, only to then fight the Evil Dragon alongside her. But there isn’t only one princess. Each princess and prince you can randomly encounter in the dungeon is a creature from the classic fairy-tales, with their own likes and dislikes.

And if the knight is defeated, another new randomly generated one enters the dungeon, shuffled again to offer a different experience to the player. Using UE4 blueprints instead of C++ and building their own workflow

We’ve developed Tower Princess with Unreal Engine 4, only with blueprints! Óscar already knew about the engine, and I had some experience with Unreal Development Kit, so the decision was clear from the first moment.

The fact of using only blueprints (Unreal’s visual programming) instead of C++ was something that happened more organically than planned. We really loved the versatility and agility it offered us. We saw viable ways to implement it into the main systems of the game, and we were so happy with the results that we kept using them.

Regarding 3D art, we mainly used Blender. We didn’t have experience with it before, but as it’s flexible, open-source, affordable, and with a huge community behind it, we felt it would suit us really well. We like to have very open design meetings in front of a blackboard to discuss each new feature we include in Tower Princess. Some aspects of the game have taken several meetings to conceive, making the process quite tedious, but usually it’s something fun to do!

One of the best examples of our workflow are the bosses of the game. After having their behavior and a couple of sketches of them, we prepare a rough prototype to test and define the damage volumes of its attacks, and the overall feeling and timing of the fight. Only once we’ve tested it enough and we find it funny, then we start developing the assets we actually use in-game for that boss.

What do you expect to find in the dungeon?
Definitely not a sporecasting mushroom with psychic powers in a huge alchemic mech suit, right? 🍄🧠🔥#TowerPrincess #indiedev #gamedev #indiegame #UE4 pic.twitter.com/ySknJCyEDo

Struggling with dating mechanics while working on the princesses

Our initial intention was to have our knights manage the most perfect date while they survive the dungeon. The player should know the princess’s tastes to progress with their relationship and properly fight the dragon.

We originally had a simple and solid mechanic of exchanging gifts with the princess, but we felt the need to develop the dating mechanics. As a huge fan of narrative games, and as the writer at the studio, I would have loved that, but we soon realized that a narrative approach didn’t fit what we already had built.

We spent months in a convoluted creative process, developing different systems that didn’t fully work. In the end we stayed with a rework of the original idea. The result was nice, but I know if we had focused on that since the beginning we could have polished it more.

Dealing with burnout, which affects both personal life and health

It’s usual to be overwhelmed at some stages of development, but burnout is much more dangerous. It doesn’t only affect your work, it also impacts your personal life and your health.

I know we’ve all had our moments during development, but I can remember at least two especially tough periods of time for me, such as right before launching the Kickstarter campaign.

I could endure it thanks to the support (and infinite patience) of my friends and family, and especially my girlfriend. But still I had to look for professional help to be able to eventually overcome it. Burnout is very serious, and it should be treated as such. 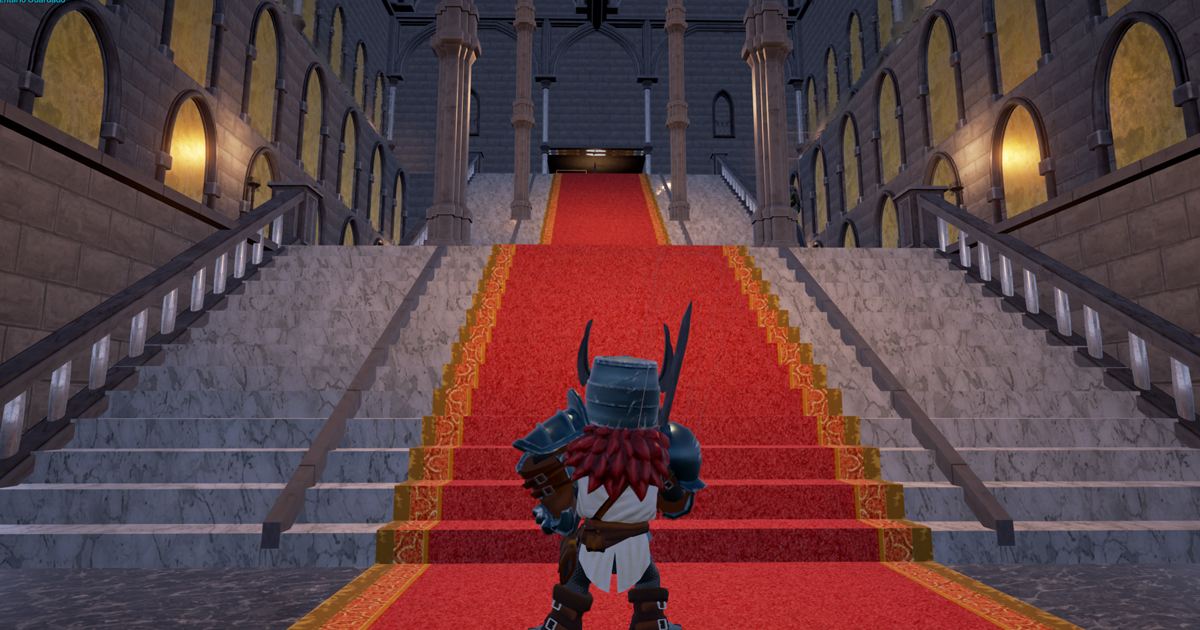 Screenshot from one of the early versions

Getting publishing help and staying positive ahead of the launch

We knew that working with a publisher would help us keep the development going for a longer period of time, so we could expand Tower Princess content and improve it even more! Also, we could receive support with tasks such as marketing or porting from someone with more resources and experience.

So we’re really happy to be working with HypeTrain Digital. They understand the hardships of development, they give us creative feedback while respecting our vision, and the communication is very natural and fluid. It feels like we’re working side by side to reach the same goal. This is how it should be to work with a publisher.

Thousands of people are now adding Tower Princess to their Steam wishlists, and we’ll also be releasing the game on the major consoles, so by now the projection is good!

We also achieved a successful Kickstarter by ourselves, and the community keeps growing day by day, so now that we have the support of HypeTrain Digital I know we’ll have a more than successful release!