PlayStation won’t stop with the Bungie acquisition, planning to buy more studios in the future. According to Sony Interactive Entertainment CEO Jim Ryan, this strategy will help the company succeed in the future.

Ryan opened up about potential acquisitions in the latest episode of the official PlayStation podcast. Considering the success of the company’s internal studios, it will continue to “invest heavily in content creation” (via VGC). 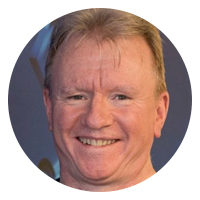 We’re growing our studios organically and we’re growing through acquisition. We acquired five studios during the course of 2021, we’re in discussions with Bungie and we have more planned. This is getting us into a virtuous cycle where success begets success.

Speaking of upgraded PlayStation Plus subscription, Jim Ryan explained Sony’s decision to not include its first-party games in the service on day one. He thinks that this strategy would damage the quality of these titles and “break this virtuous circle, and we wouldn’t be able to invest in the way that we’re currently able to.”