Pokémon Legends: Arceus already sold over 6.5 million copies. But could it look at least a little less hideous?

With more than 6.5 million copies sold in the first week, Pokémon Legends: Arceus is another blockbuster in the world-famous franchise. Despite the huge success, a lot of users have issues with the game’s visuals. So is there anything that could have been done to make it look if not stunning but at least decent? 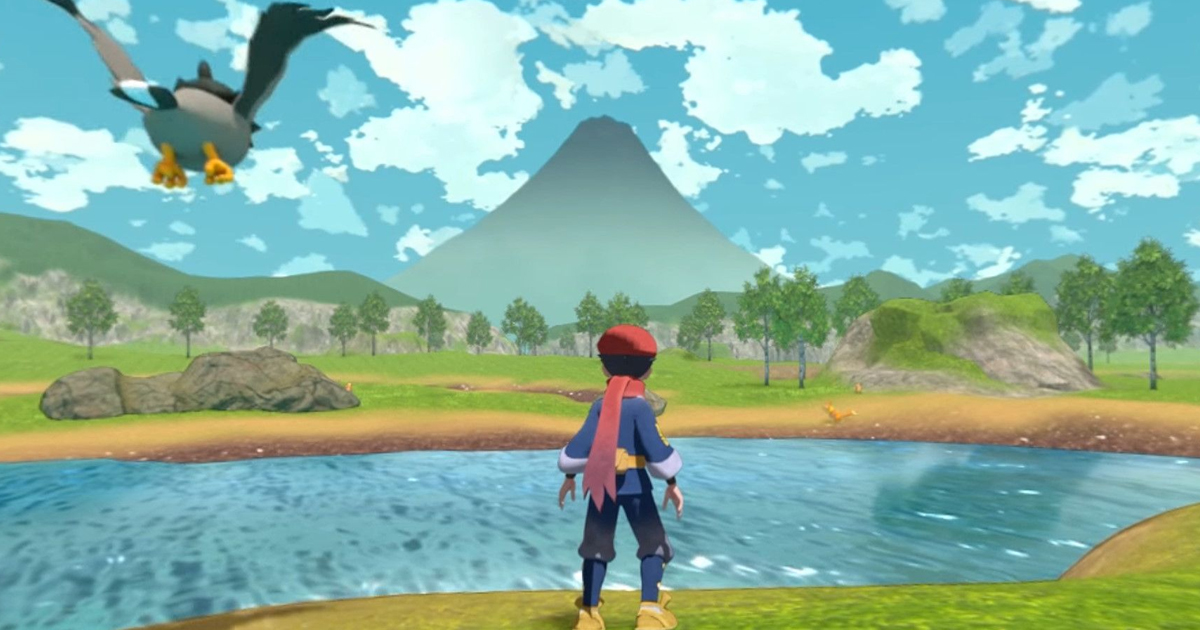 On February 4, Nintendo reported the Arceus sales, thanking all players who “have already embarked on an exciting new adventure.”

At launch, the game was praised for its gameplay and Game Freak’s attempt to change the Pokémon formula. Although many players and critics proclaimed Arceus the best title in the series in years, there is no doubt that the project just doesn’t look good.

The graphics are not the primary reason why we play video games, especially the ones with strong and fun core mechanics. However, it is disappointing to see a game made in one of the biggest global franchises and released in 2022 looking aesthetically worse than not only other Nintendo exclusives but indie titles created by tiny teams with much smaller budgets.

So maybe Switch hardware is the root of all problems?

The short answer is not at all as there are plenty of great-looking games on the console. Of course, the first thing that comes to mind is The Legend of Zelda: Breath of the Wild, another Nintendo exclusive that looks incomparably better despite being released almost five years ago. And it is more about art direction and precise work with the environment rather than technology and difference in expertise between the two teams.

As pointed out by Digital Foundry’s John Linneman, the issues with Arceus visuals are all on the developers’ side. He noted that while some areas in the game look great, things are getting worse in big open spaces: “The near-field visuals are fine — it’s just the way they handle long distance rendering that is so hideous.” 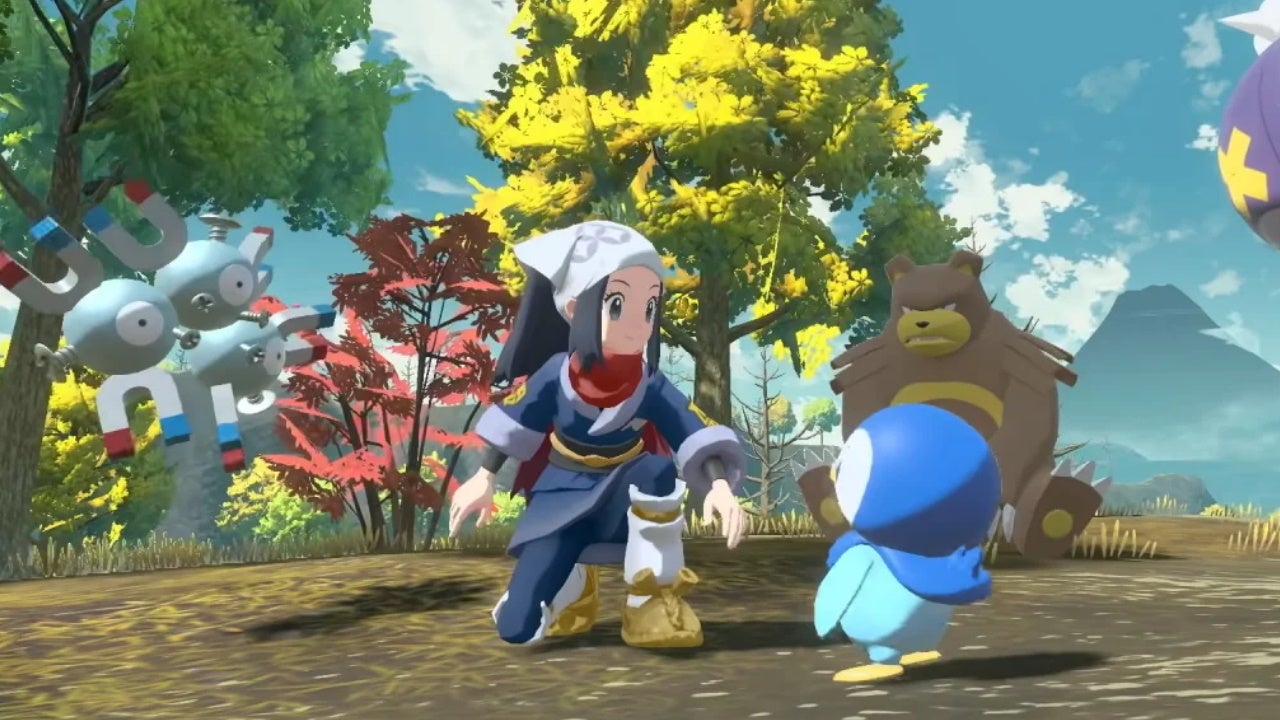 Linneman also shared screenshots of Pokémon Legends: Arceus and Outcast, an action-adventure game developed by Appeal and released in 1999. Although a face-to-face comparison like this might be not fair, it would still not be in Arceus’ favor.

2022 vs 1999 again…man. Also note – the Switch hardware is not at fault here. It’s a design issue. pic.twitter.com/atCJwrvodN

What it means is that it is possible to make a game look great no matter the team’s size, the hardware used, or technology. There are plenty of small-budget low-poly titles with breathtaking environments created with limited resources.

“I think there are simple things [Game Freak] could do to solve some of these visual issues that wouldn’t break the budget or require that much time,” Linneman noted. “Their technical art team working on the environment simply did a poor job here.”

Some say Game Freak had no experience of creating a title in such an environment before, so it could have been a big challenge for the team. Maybe something went wrong during the development? This question will remain unanswered unless Game Freak decides to reveal some details.

However, the lack of budget is certainly not an issue here, considering the amount of money each Pokémon game generates. So should there be any excuse for artistic choices, some of which are questionable at best? 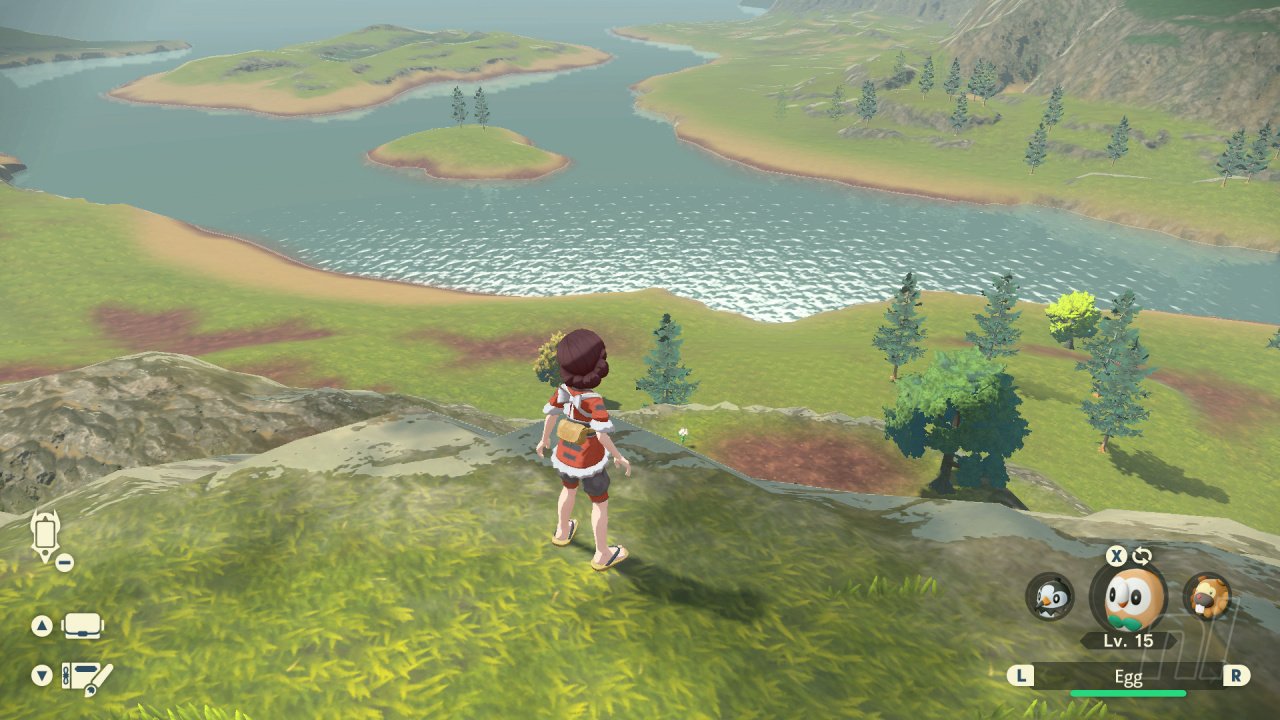 Speaking of the Arceus visuals, artist Joe Hobbs noted that “it feels like they got it to a point that it was stable and ran out of time to then bring the visuals back up.” The game simply just has tons of graphical issues, which are barely acceptable by any standards.

They certainly didn’t run out of money, so I guess just time and a realization that the fan base will buy it anyway and defend it to their graves even with all these issues. The fact that the fan base is excusing the issues is why we can’t have nice things.

Mighty Kingdom senior 3D artist Benjamin Retter said that while he enjoys Arceus gameplay, he “just can’t escape how poorly executed it is on a technical level like it’s mind-blowing.” He cited the game’s bad LOD system to illustrate his frustration.

This LOD system in Arceus, bro I swear to god I’mabout to become The Joker. pic.twitter.com/pO9syy2SuD

Developer Alex Strook noted that some things could have looked way better if Game Freak had put a little more effort into them. He cited the water surface, which sometimes looks really bad, as an example.

According to Strook, it takes three simple steps to improve the water visuals: 1) custom mipmaps that would fade in the distance; 2) fresnel that would make the surface less matte; 3) changing the tiling by distance.

and why not just changing the tiling by distance? (excuse the crappy photoshop) pic.twitter.com/9DjYfFqJj7

Strook said that this thread wasn’t meant as an attack on the devs. “Anyway I’m sure there are reasons for all of this, I’m just really curious,” he wrote. “My main guess is they don’t have enough tech artists, and/or no time, and have to rush those games out as fast as humanly possible.”

Arceus’ trees and plants are other things that could have been improved without spending too many resources. They simply come with some poor lighting and shadowing, looking flat and unnatural. This could have been fixed by adding more fogginess or other simple environmental effects and making plants’ models less detailed by distance.

Meanwhile, players have already started to fix Pokémon Legends: Arceus themselves. There are plenty of mods improving textures, resolution, framerate, reflections, clouds, and surfaces. While mostly being minor improvements, some of them really take the game to the next level visually.

Although all these little graphical issues and glitches might go unnoticed separately, together they form the way players experience the game visually. So these problems are not something that should be ignored, especially for a project published by one of the biggest game companies in the world.