All premium games or games offering IAPs will now only be allowed onto the Chinese App Store if they have a license number obtained from the General Administration of Press and Publication of China.

This is coming directly from Apple, which has posted the following notice for devs:

Chinese law requires games to secure an approval number from the General Administration of Press and Publication of China. Accordingly, please provide this number to us by June 30, 2020 for any paid games or games offering in-app purchases that you intend to distribute in China mainland. You can enter your game’s approval number and date below. To learn more, view the full text of the regulation. If you have questions, contact us. 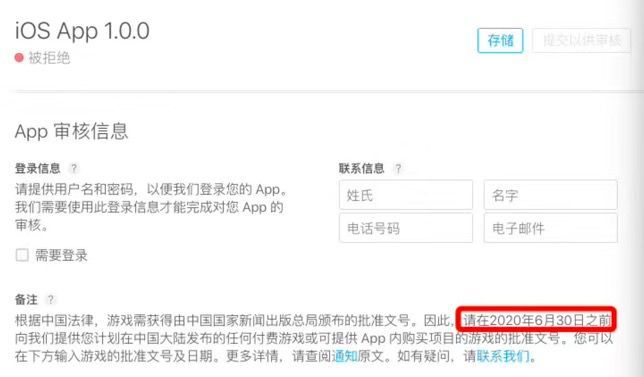 It’s not clear whether this applies to pending submissions only or also covers games already published on the App Store in China. Nor is it clear what will happen to titles that fail to comply. Ultimately, games not approved by the content regulator can only continue to exist as free public betas. As for titles that are monetized through ads, they seem to be unaffected for the time being.

The notice indicates a major change in Apple’s stance on the Chinese regulations.

The requirement for games published in China to have a license has been in place since 2016. Until now, however, Apple has not been particularly strict about enforcing it. TechNode suggests that developers could always submit a random number, which Apple has never checked before.

This will change moving forward as numerous games (especially from foreing developers and in certain genres) start to dissapear from Apple’s store.

On Android, which accounts for about 80% of the Chinese mobile market, the license requirements have been implemented since 2017.