Why Apex Legends Mobile got shut down despite being EA’s sixth highest-grossing mobile game in 2022
21:14
Nintendo announces 10% pay raise for all Japanese employees to drive long-term growth
16:31
Activision Blizzard posts record quarterly bookings on Blizzard’s strong growth and Call of Duty blockbuster sales
14:21
Microsoft’s chances of clearing Activision Blizzard deal in US and Europe to fade away if UK watchdog decides to block it
13:01
John Carmack on video game preservation and why companies suffer more harm by destroying something dear to players
06.02
Jeff Gaimon on expanding EA Originals beyond just indie games: “It’s like a menu. It depends on what devs want”
06.02
It Takes Two hits 10 million unit sold. “Nobody expected this,” says Josef Fares
03.02
Over 1 million Chinese players apply for refunds due to expiration of Blzzard’s agreement with NetEase
03.02
NCSoft West lays off 20% of employees as part of ‘global realignment’
03.02
Organic discovery and app store featuring to be declared dead in 2023, according to Deconstructor of Fun
02.02
All news
Industry News 31.10.2019 15:38

The Outer Worlds designed with colorblind accessibility in mind

While most games these days embrace colorblind accessibility through adding colorblind modes, one title doesn’t need it. 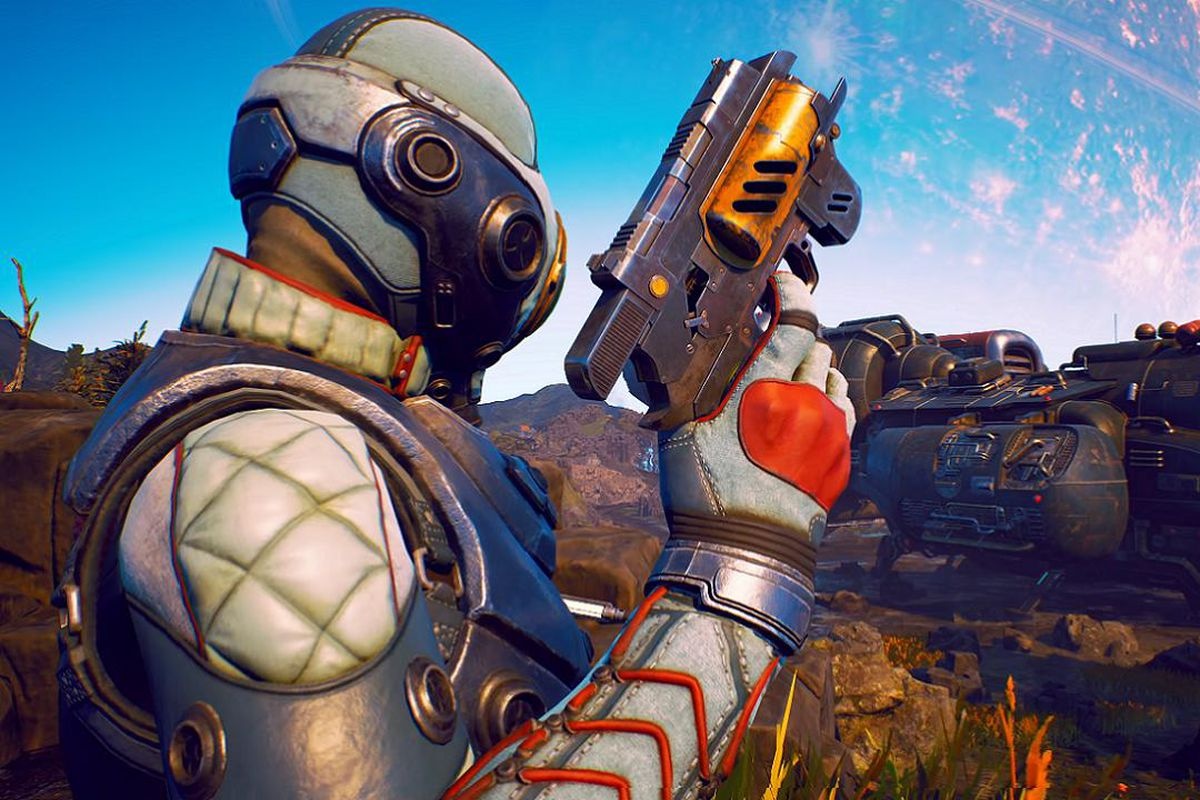 The title in question is The Outer Worlds, which came out October 25 on PC, PS4, Xbox One, and Nintendo Switch.

As Josh Sawyer, studio design director at Obsidian Entertainment, explains on Twitter, The Outer Worlds doesn’t have a colorblind mode because it was designed to be playable without color information in the first place. One of the most colorful games out there, The Outer Worlds relies on other visual indicators to make color information redundant.

Apparently, Obsidian takes accessibility more personally than other studios. Tim Cain, one of the creators of 1997 hit Fallout and co-director for The Outer Worlds, has a form of colorblindness that approaches monochromacy.

Colorblind Twitter users confirm that The Outer Worlds plays really well for them.

As someone who is deeply red/green colorblind, I had no issues whatsoever with the game (which is frankly rare). Hell, I didn’t even have to crank the brightness up to help with differentiation in dark places, which is usually a big issues for me.

Others reported minor issues on that front.

Colorblind modes and other options shouldn’t be an afterthought, they should be part of the gameplay design from the start and I feel like should be a core part of videogame development.

The game itself currently has a user score of 8.0 at Metacritic which indicates generally favourable reviews. On PC, the game is available though the Epic Games Store, Windows 10 Store, and Xbox Game Pass PC. The Steam release is planned in 2020.