Organic discovery and app store featuring to be declared dead in 2023, according to Deconstructor of Fun
02.02
Dwarf Fortress made $7.2 million in January, 44 times more than in all of 2022
02.02
PlayStation reports 53% Q3 revenue growth, driven by strong sales of consoles and third-party games
02.02
Tenjin and GameAnalytics release Q4 Hyper-Casual Games Benchmark Report
01.02
Chris Zukowski: Steam can only promote up to around 500 indie games per year
30.01
Wargaming top manager called a terrorist by KGB Belarus
30.01
AI USE CASE: How a mobile game development studio saved $70K in expenses
27.01
Sensor Tower: Subway Surfers was most downloaded game in Q4 2022, but the Stumble Guys showed fastest growth
26.01
The Day Before loses its page on Steam. Developer cites trademark complaint
25.01
125 games industry professionals from 85 companies attended WN Connect business event in Belgrad
24.01
All news
Industry News 31.05.2019 12:42 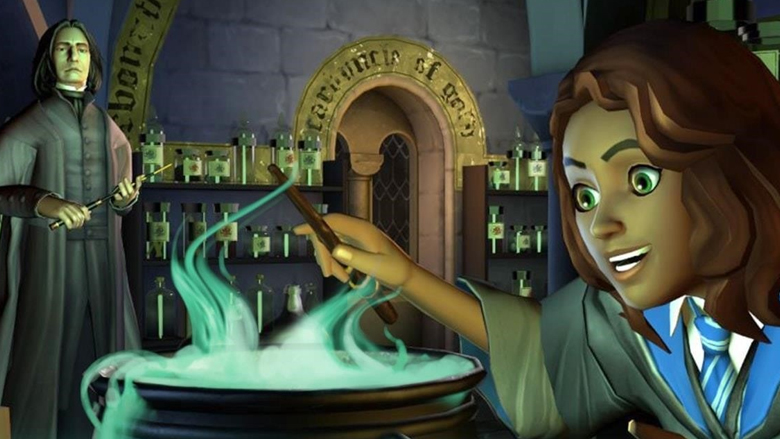 The biggest Hogwarts mystery prior to the launch was whether the developer would be able to combine the free-to-play monetization strategies with a compelling narrative-driven RPG experience.

The game’s performance shows that the studio succeeded.  As of March 2019, the title amassed 45 million downloads globally and brought in $100 million.

So, how does Harry Potter: Hogwarts Mystery monetize?

Eurogamer cites an interesting example. Early on, you get trapped in Devil’s Snare. To release a character, you need energy. In the best traditions of free-to-play, you only have a limited amount of it. So, once you run out, there are two ways to replenish it – to wait or to pay.

Obviously, the progression halts here. It seems like the business model destroys a lot of the game’s appeal, which is that it tells an actual meaningful story in the Harry Potter universe. According to Yguado, though, there is no conflict between the way the title monetizes and the way it goes on with its narrative.

In the words of developers, the periods of games between the pauses are like TV episodes. And the pauses themselves are like cliffhangers. If having to wait between episodes and seasons is normal in other media, it can be ok in games.

However, the pacing of the game also deliberately slows down making players complete multiple repetitive tasks. It is a necessary game design decision that buys time for the developers to create new content.

Yguado agrees that it’s challenging to strike the right balance between in-game tasks and the story. “I won’t say that at any point we have it right, I think we’re always trying to get it right.

The success of Hogwarts Mystery doesn’t mean that Jam City is going to only pursue licensing opportunities.  In fact, the studio intends to keep a 50/50 balance between their own IP and titles based on famous franchises.

The main lesson of Hogwarts Mystery is that a story-driven experience is an efficient tactic to maintain player engagement over a long period of time.

Yguado says that even the studio’s puzzle, strategy, casino and parlour games will utilize deep narrative as a retention tool.