Almost Half of All Game Enthusiasts are Women

The analytics from Newzoo have looked at all aspects of the overall game entertainment culture and identified 8 roles describing consumers’ behavior. None of these roles or personas is exclusive to either men or women, but they may gravitate more or less toward one gender. 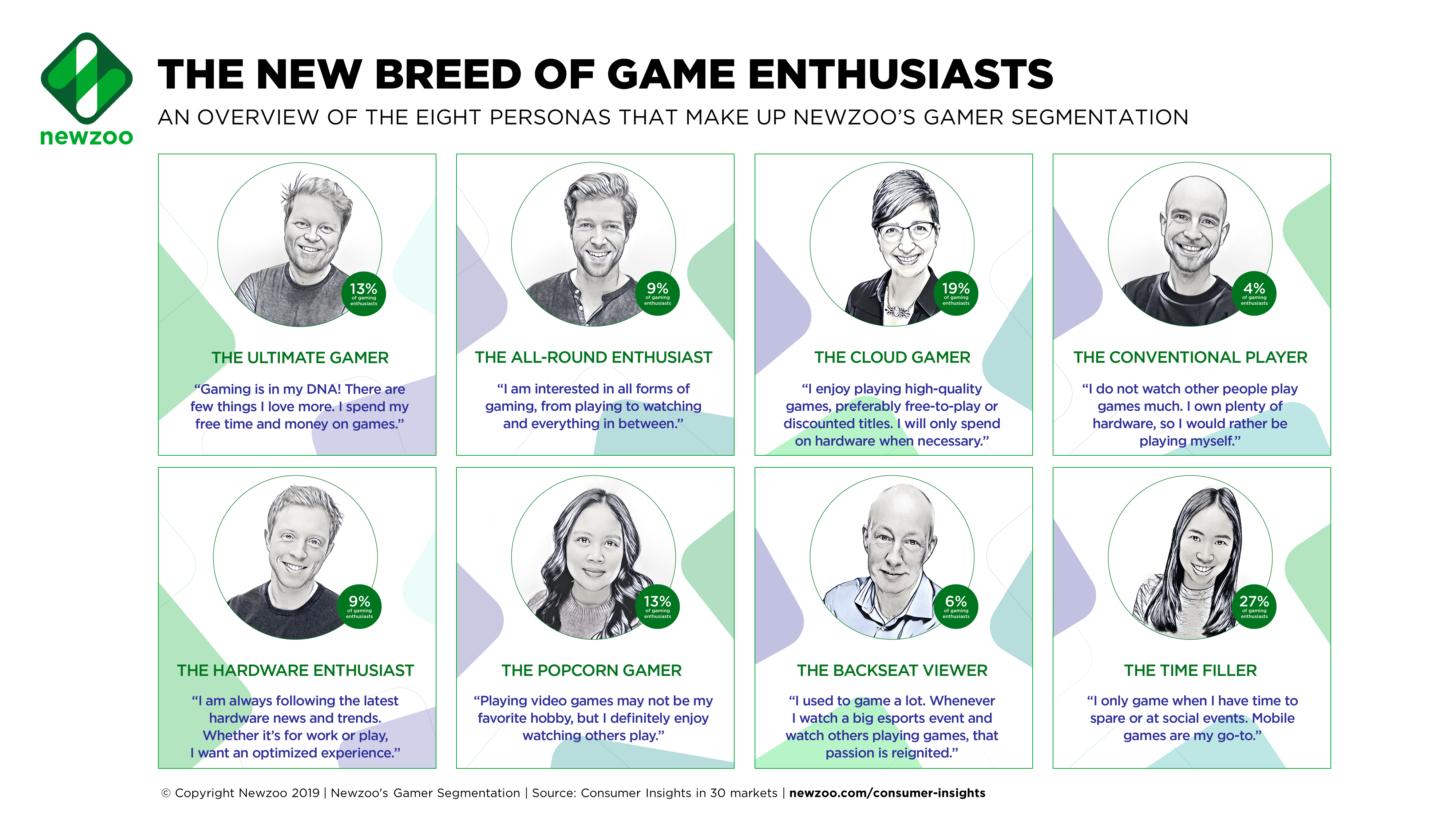 These women play games to pass the time, usually on mobile. Time Fillers account for over a third of all female game enthusiasts. This is also a category that shows the biggest gender difference, with just 19% of men belonging to this type.

Cloud Gamers also feature prominently among women, with 17% falling within this group. They appreciate high-quality game experience, but spend money on the hardware only when necessary. Ideally, a game should free-to-play or discounted. When cloud gaming fully arrives, these ladies will be there to enjoy it.

14% of female game enthusiasts belong to this group. They like playing their games. But they like watching them even more. If developers want to get in touch with Popcorn Gamers, they should use channels like Twitch and YouTube rather than in-game ads. 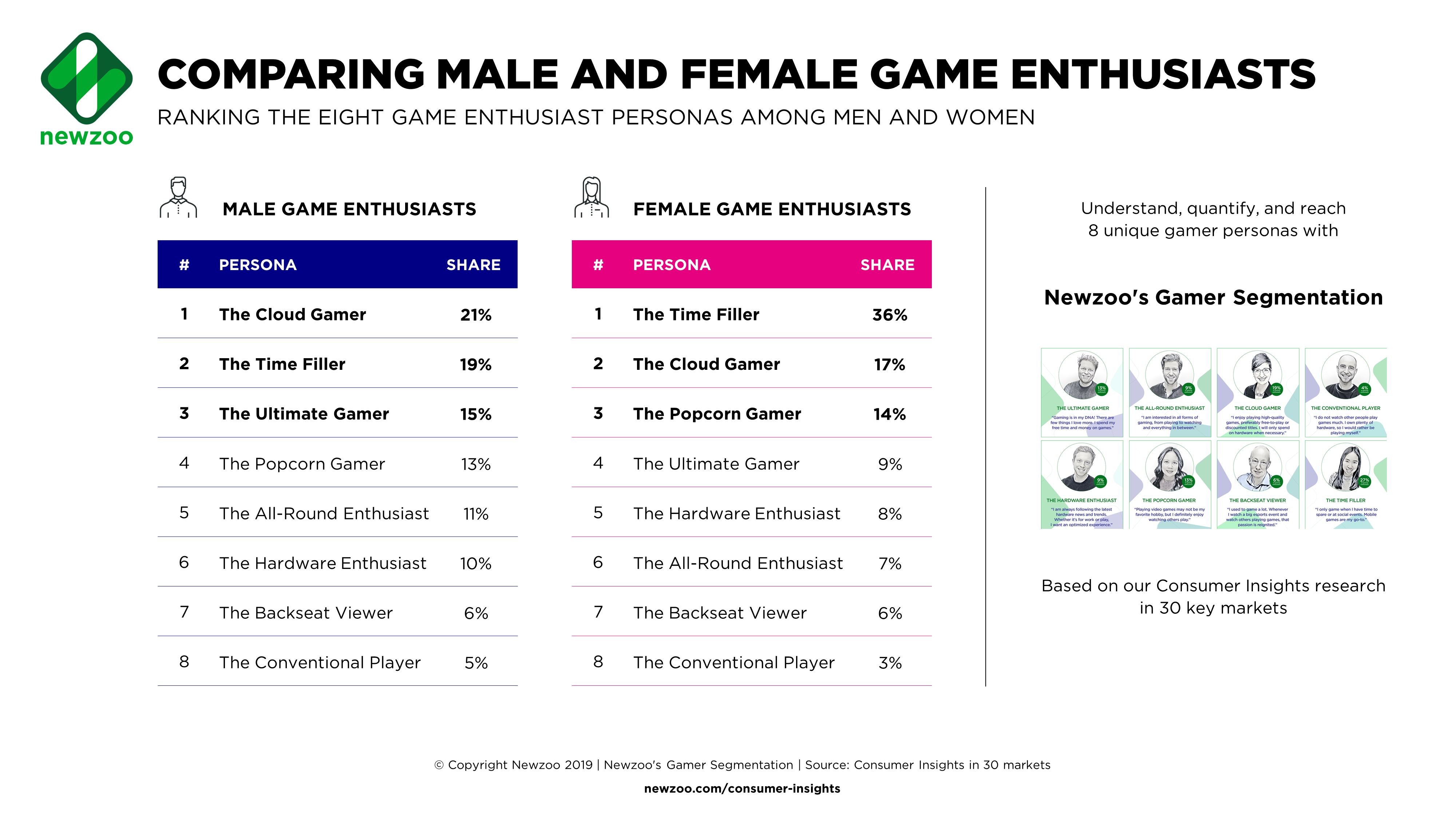 The gender difference can be very small for some roles (Hardware Enthusiast make up 10% of men and 8% of women) or almost nonexistent (both men and women account for around 6% of Backseat Viewers).

The report also looks at age distribution and lifestyle differences among the 8 segments.

For example, female Ultimate Gamers will probably be 26-30 years old. Men, who dominate this persona, are between the ages of 21 and 35. There goes your assumption, that only teenage men can be serious about games.

Newzoo gives a pretty good idea of what kind of lifestyle content creator should expect from this group. These consumers probably have an interest in computers, electronics, and gadgets. In their free time, you will like find them in front of a TV watching movies. They are also likelier to live in a household with children, compared to other groups.