How to Publish a Mobile Game in China?

Some tips on how to enter the China’s mobile games market from Yuliya Nabieva, Asian Market Expert.

Everyone knows that China is one of the leaders in today’s mobile market. In February 2015, about 1,29 billion mobile users had been registered in China. Although it seems that the total number of mobile apps doesn’t catch up with such a rapidly growing market: at the end of 2015 there were around 100 000 applications on all platforms available in China, which is far less than what Google Play and Apple App Store have to offer.

Let’s define all possible ways of entering the market of mobile applications in China and discuss what changes an app has to undergo in order to suit this market.

Chinese publishers are seeking new partners all over the world because of lacking local game developers. If you decide to go this way, we’d recommend choosing between well-known companies, such as iDreamsky, CocoaChina/Chukong Technologies, OurPalm, LineKong.

Pros: Publishers don’t only help to launch your app, but also guarantee marketing support and promotion as they use their own traffic and contacts to boost new apps. They usually cover all localization and adaptation expenses and sometimes buy exclusive rights for a certain region.

Cons: Famous publishers often require dramatic changes in the application, sometimes it takes as much effort as the development of a new title. There is a great chance not to meet the expectations of a partner. Also, some publishers take 70% revenue share from what is left after platforms’ commission.

There is quite a number of different digital agencies appeared during the last couple of years. After a quick review, they decide whether the app is worthy to be promoted in a certain market. The main difference from publishers is that digital agencies offer distribution for a fixed price or on a revenue share basis. Needless to say that it’s riskier to work with such companies because their marketing budgets, as well as human resources, are limited. Sometimes promotion comes down to featuring on a platform, which is free, thanks to personal relations with the administration. You can also buy either localization or user support, it’s up to you. Pay attention to such agencies as WizQ, Smartions, Yodo1.

Pros: Agencies can help you with any social platform integration (Facebook-equivalent Tencent WeChat and Sina Weibo known as the “Twitter of China”). You won’t be able to do it on your own because the platforms work only with China-registered companies. Also, agencies provide you with main billing operators’ SDK and help to launch your app in dozens of local android stores.

Cons: Agencies work with a lot of partners so they easily give up supporting games that don’t perform well, so you’ll have to handle it yourself while sharing the revenue with the third party.

There are certain services for apps to be automatically published in Chinese Android stores. These services work very simply: a developer registers in the system, downloads payment SDK with store documentations and uploads game builds through developer’s console. After that games are being approved and automatically published. It makes the odds equal for all applications with this type of distribution. The biggest portals are AppTutti, Kii China.

Pros: There is almost no moderation on such platforms so it’s very easy to get your game approved. Also, you have a chance to be featured by the service if your game achieves good metrics. The portals take the lowest revenue share percentage after stores commissions. Occasionally they take fixed fee for additional services and maintenance of your account.

The easiest way to start is to publish a game in Apple App Store in China. China’s share in in Apple App Store’s revenue isn’t less than $2,3 billion and it is still growing (Talking Data analytics at the end of 2015). According to Marcus Kay, CEO of WizQ Interactive, ARPU of iOS games in China is $1,2-1,5, when ARPU of Android ones is settled on $0,7-0,9.

Pros: App Store’s policy is transparent and gives you full control. You share your income only with the store.

Cons: You have to take care of localization and ASO yourself or appeal to an agency in China.

Android is different. This market is very fragmented in China. You should focus on the following stores: MyApp from Tencent (180 million installs per day), Qihoo 360 Mobile Assistant, Xiaomi store, Baidu’s Mobile Assistant and Wandoujia.

Cons: As you can see, all top alternative android stores in China already belong to giant IT companies, which are constantly competing with each other. Baidu search shows only apps from its store. Xiaomi installs the store on its devices by default and blocks installing other content. That’s why it is important to publish your game on all stores listed above. Google Play decided to make it’s way to China after 5 years of silence. This will take time and Google will have to solve a lot of problems – from local billing to distribution in the region. 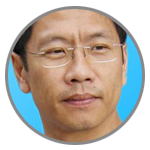 The app supply is indeed limited and surely insufficient to serve such a huge market. There is strong demand for more apps to fill the content limitation gap.

Thus, we believe all kinds of gaming apps provided with good innovations, creativity, and quality would have a huge room to grow in China market. Most of the city workers might spend 2 to 3 hours on transportation a day. We believe those casual gaming apps for single users would be a very good to have for time killing during the daily transportation from a workplace to home and so forth.

From another perspective for the app developers to be cautious, certain types of apps will be restricted in China, such as app with sexually explicit materials, violence and bullying, hate speech, impersonation or deceptive behaviour, gambling, etc.

Another aspect the developers should pay attention is the gameplay barrier. Almost all apps are free in China in order to induce download rate. And then the major revenue source will be from In-App purchase. Furthermore, the gameplay should not be set at high difficulty level as it is still a fresh market. Most of the mobile users in China are still new to play with apps. An extremely difficult app would only induce high bounce rate eventually. And more user guide interface on mobile screen would be helping.

First, let me quickly give you a list of Western games that work in China.

Sports: Score! Hero, My NBA 2K16, Platformer: Give It Up!, Lep’s World, The Last Vikings

Virtual World: Minecraft, The Sims, Hidden Object Adventure: The Dreamatorium of Dr. Magnus 2, and the list can go on and on…

Do you see anything they share in common? It isn’t easy to find, right? The truth is that any game in any genre can win in China. Gameplay or graphic style does not matter either. If the game is great, it will find success in China with proper localization and marketing.

There are two different mobile game segments in China, the first is hardcore/midcore/online games, the second is casual/offline games. Each market segment is different, and different mobile game companies most of the time can only focus on one segment of the market.   The hardcore segment wants MMORPG, Card Battle Game and Action RPG, better with realistic style art, the Russian cartoon style may or may not work in China.  The Casual side wants match three games, offline FPS, endless runners, and other puzzle games. Look for winners, don’t take a chance with unproven publishers, no agency is necessary, it is fairly easy to find publishers that speak English.

After publishing on stores completed, the local marketing and promotion are consequent in most of the developer mindsets which are costly in China.  The spending even up to million dollars might not be able to deliver necessary results.  There is plenty of bad experience of huge spending without expected result delivered in China.  Mostly because of the app quality issues.  It is highly recommended to focus on developing apps with good quality and integrated with all local plug-ins like local payment gateways (phone bill payment via telco operators), social login & sharing (not Facebook, Google accounts, Twitter, etc. but Weibo, QQ and Wechat) and some local usage tracking tools.  Apps with good quality, all the local necessary tools, and sufficient publishing coverage would eventually give good stand in China via word of mouth. Talking Tom Cat was a good example for overseas developers as a reference.

There are free and paid promotion options available.

Free Promotions: I strongly recommend you start with free promotion. After all, what’s better than free? The most effective options are ASO (App Store Optimization) and social media marketing on Tencent WeChat (China’s facebook) and Sina Weibo (China’s Twitter). There are lots of tricks and details about these options, and it needs a whole book to write them all out. The point here is, these are must-have items to do if you plan to promote in China. On the other hand, don’t waste your time to write publications for app review websites or press releases. Most game players don’t read them nowadays.

Paid Promotions: After using the free promotions and fine-tuning your games, I recommend running mobile advertising campaigns on Chinese ad networks to drive more downloads to your games. Again, WeChat and Weibo are very good ad networks because their ad campaigns have lots of social network and viral effects. Also, Chinese developers have a habit of advertising their games by paying Chinese celebrities or interest groups to post mini-blogs on Sina Weibo about their games.  This method is more expensive than banner ads but this is by far the most effective way to get quality installs.

Let’s sum it up. The mobile market in China opens new ways for distribution and the language barrier isn’t a problem anymore as there are English speaking managers. Keep in mind that for a successful launch you will need at least a good localization and integration with local social networks. The release on Chinese Apple App Store may