“It should serve as a lesson in how not to do business”: what does the end of Stadia mean for cloud gaming?
17:28
Report: Microsoft ready to make concessions in Activision acquisition, including licensing deal with Sony
15:57
CD Projekt reports record Q3: profit up over 500% on strong Cyberpunk 2077 sales
14:21
Tencent increases its stake in Remedy Entertainment
28.11
Boom Beach: Frontlines becomes another Supercell-related game getting killed during soft launch
28.11
Steam peaks at almost 32 million concurrent players, breaking its own record twice
28.11
Microsoft doesn’t permit PS Plus to be available on Xbox, Sony tells UK regulator
28.11
“Feast in time of plague”: Soviet-style presentation of Atomic Heart in Russia draws mixed reaction
25.11
Raphael Colantonio claims “Immersive sims until I die” while talking to fans
25.11
Winners of the WN Dev Contest were announced. They will share a $100 000 prize pool
24.11
All news
Game Development 14.10.2022 18:13

Zach Adams on adding tutorial to Dwarf Fortress with his wife as tester: “We want the world to be able to lose this game”

Dwarf Fortress has one of the highest barriers to entry among all modern games out there. That’s why Bay 12 Games decided to add a tutorial to the upcoming Steam version so that more people could at least enjoy losing. 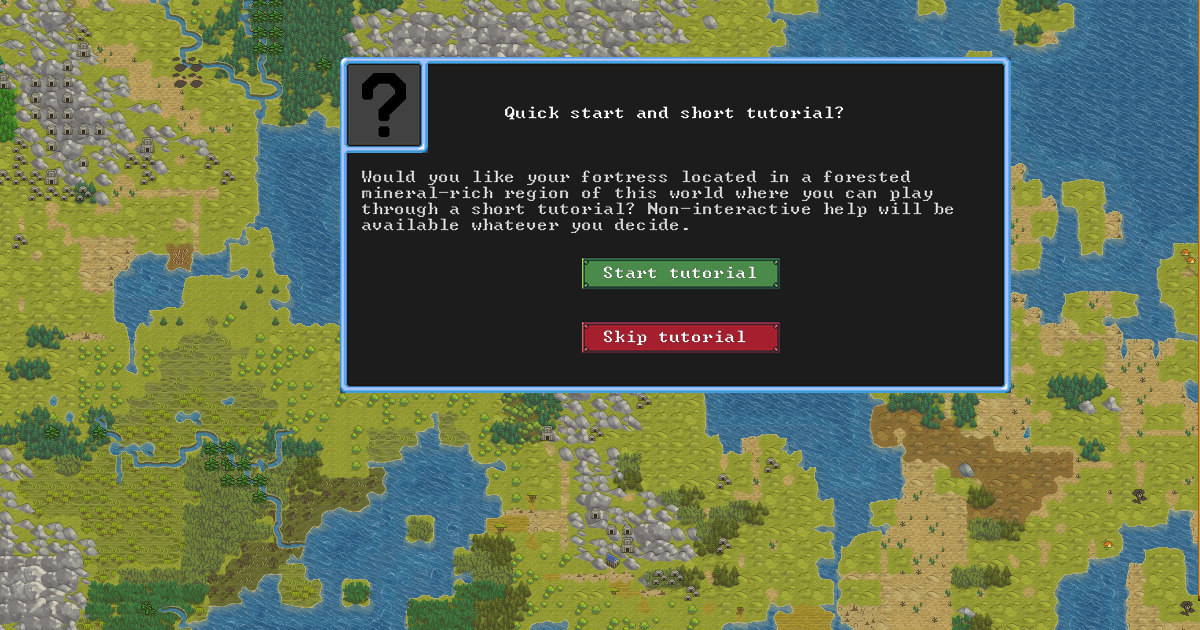 Zach Adams, who has been working on Dwarf Fortress with his brother Tarn since 2002, opened up about the upcoming changes on the game’s Steam page.

“There is a lot going on, even after we changed all the ridiculous keyboard commands and replaced the Matrix-like interface with some understandable, and awesome, pixel art,” he wrote, noting that Dwarf Forterss remains “one of the most torturous games to learn” even after all these changes.

So Bay 12 Games decided to continue to improve players’ QoL by introducing a tutorial. However, the goal was not to make Dwarf Fortress easier. The developers wanted to “ease the need to head straight to a wiki just to understand what’s going on.”

According to new screenshots, the tutorial will only help players understand basic elements of the game, such as camera controls, mining, and building a shelter. 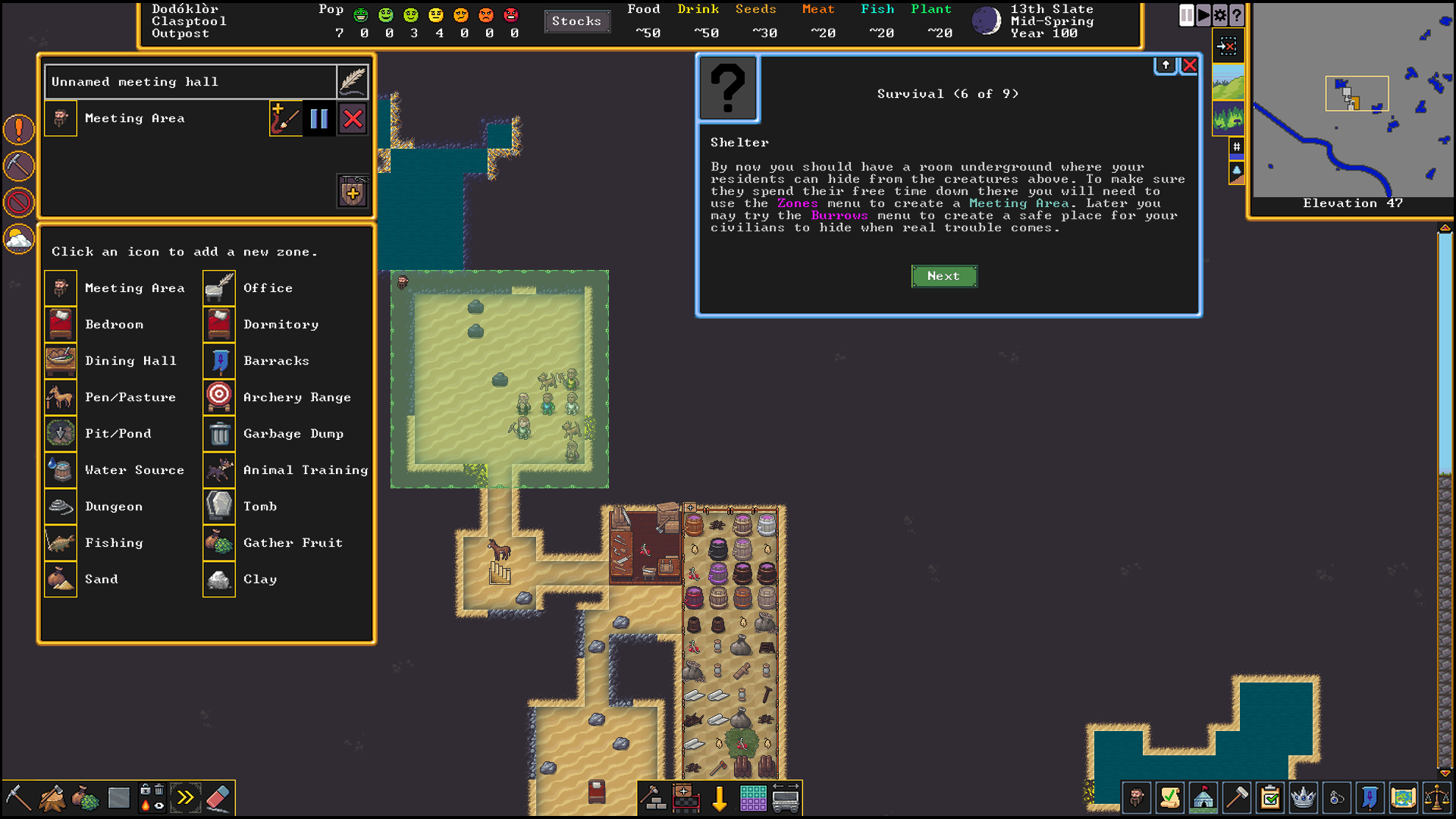 To see how useful the tutorial was, Zach asked his wife Annie to become a tester. It is worth noting that she doesn’t play any base-building games, so even learning some core mechanics might be hard.

“After one failed attempt with the original, the latest version of the tutorial allowed her to get good enough at the game to tunnel under a bog and drown her fortress,” Adams said. So maybe this tutorial would really help attract more players to Dwarf Fortress..

“Our aim is to make this level of play achievable by anyone,” he concluded. “We want the world to be able to lose this game and have fun doing it.” 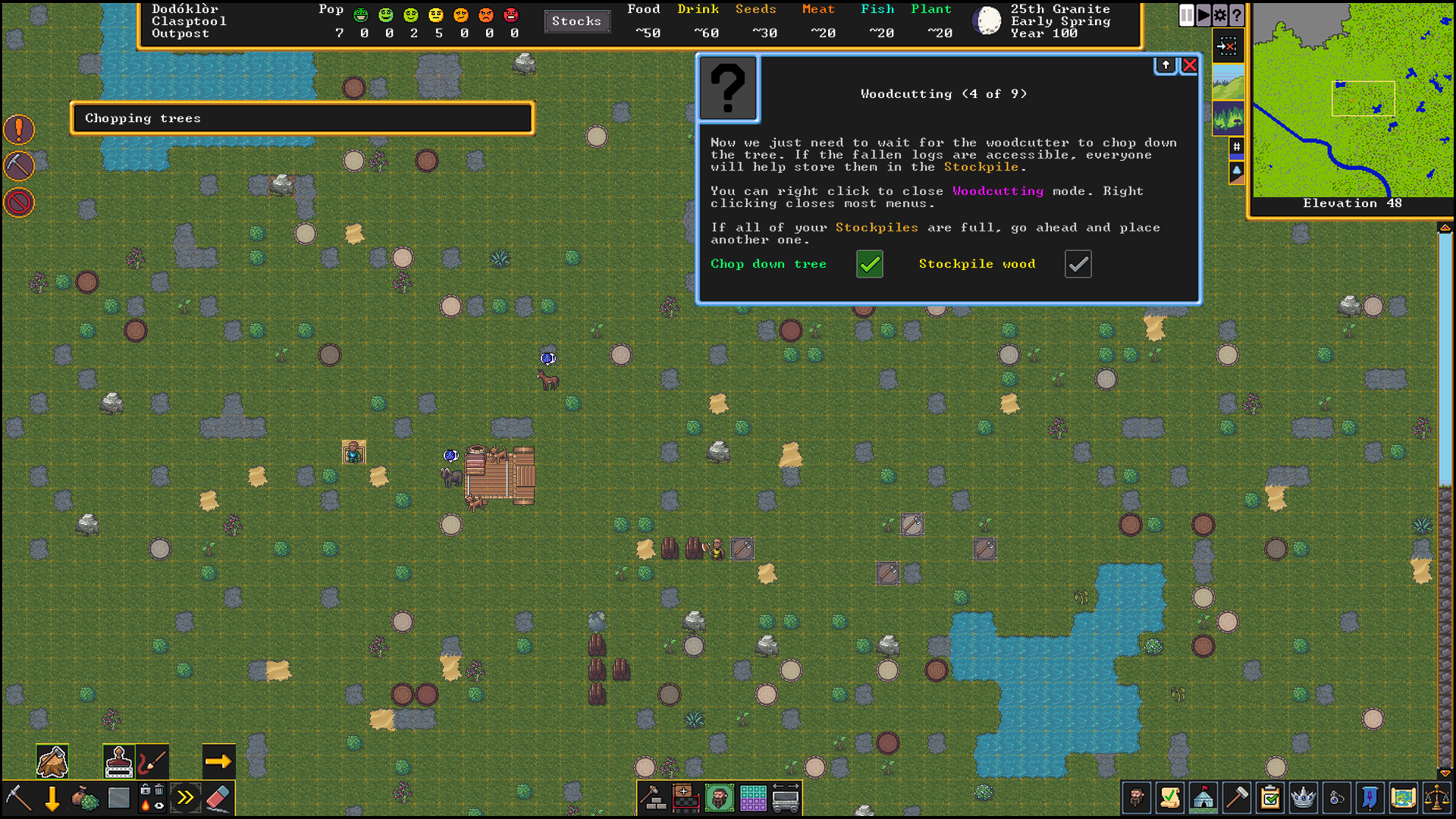 Started in 2002 as Tarn and Zach Adams’ side-project, Dwarf Fortress eventually turned into one of the most complex games with a strong and loyal community. It combines elements of roguelike, survival, and simulation genres, influencing multiple modern hits like Rimworld and even Minecraft.

Bay 12 Games is now working on the paid version of Dwarf Fortress with new pixel graphics and other improvents. It still has no release date, becasue “time is subjective,” you know. The title currently ranks as the 12th most wishlisted game on Steam, which says a lot about the huge audience interest.