Massive Monster on Cult of the Lamb, juggling genres, and iteration: “You have to be fast and not get attached to an idea”

Jay Armstrong, director of game design at Massive Monster, has opened up about Cult of the Lamb, a whimsical roguelike / cult management sim. We discussed the game’s development, creating the concept of running a cult, and the importance of iteration in providing players with a unique experience. 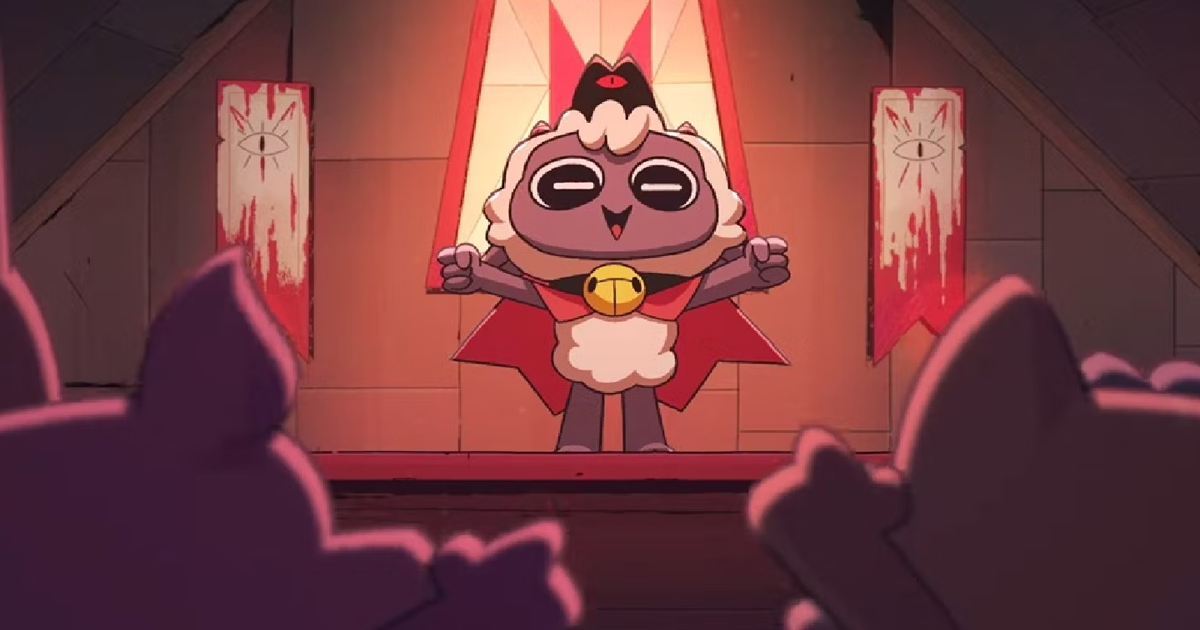 Jay Armstrong got into game development almost by accident. He studied Geopolitics at King’s College in London, but he loved drawing so he started exploring different animation possibilities.

“I started making flash games and before I knew it, it was my full-time gig,” Armstrong recalls. “But I love creating games. There is no other form of expression like this — art, music, animation, storytelling, all rolled into one — and it’s interactive!”

In 2016, Armstrong co-founded Massive Monster, a Melbourne-based indie studio, which he describes as a “tiny team of passionate game developers working our hardest at making cool things.”

Massive Monster first gained recognition on the indie scene a few years ago for its platformer The Adventure Pals. But Cult of the Lamb, the studio’s most ambitious project to date, has the potential to land the team in a different league.

Taking the core elements of roguelike games, Cult of the Lamb mixes them with the colony sim genre. While these parts are not innovative on their own, their combination feels unique and creates a strong gameplay hook.

“In this way it is very different to most other roguelike games. You need to take care of your followers and build up the cult,” Armstrong says of the game’s key mechanic. “You did this by going out dungeon crawling and returning with loot. The followers will in turn unlock new weapons and abilities for you so that you can travel further when you are out dungeon crawling.”

As the design director, Armstrong also wanted to take the emergent storytelling of games like RimWorld and apply it to an action game. “Roguelikes have a great way of creating a different story for you each time you play, so it turned out to be a great fit,” he explains. Turning a charming lamb into a cult leader

Gameplay aside, Cult of the Lamb relies heavily on its bizarre aesthetics, which is reflected in its title. A player controls a lamb that is about to be sacrificed, but is eventually rescued by a sinister deity. In exchange for salvation, it asks to build a loyal cult in its name.

“The art team is really inspired by horror movies as well as cartoons that subvert your expectations, such as Over the Garden Wall,” Armstrong says of the game’s visuals.

Although the whole concept of running a cult is one of the title’s key selling points, it took a while for Massive Monster to come up with this idea.

“We started with a prototype which smooshed together the two genres of dungeon crawling and colony sim / base building,” Armstrong recalls. “We then needed to figure out the core player fantasy that would fit best for this combination. We tried a number of things that didn’t quite work until settling on the theme of the cult. As soon as we did, everything fell into place and started to make sense.”

However, according to Armstrong, it was quite a challenge to implement the concept of running a cult and being a cult leader: “There weren’t a lot of examples of games that did this that we could look to. So it took a lot of trial and error before we finally got there.”

While physically based in Melbourne, Massive Monster is a remote team spread across the globe. “We are still small enough that each department is pretty much one person, although now we have grown to three programmers!” Armstrong says.

For Cult of the Lamb, the team stuck to the so-called three pillar design philosophy. This means they pick three pillars at the beginning of development and then make sure that every decision made during the process serves at least one of them.

Another crucial part of Massive Monster’s workflow is iteration. The team always tries new things, cuts features, and sweeps ideas aside. So, much of the work put into the game will never see the light of the day.

“It means you have to be fast and not get attached to an idea,” Armstrong elaborates. “The most important thing is the feeling we’re trying to evoke in players. If something is confusing or not moving the game in the right direction — even if you’ve spent weeks on it — it’s got to go!” 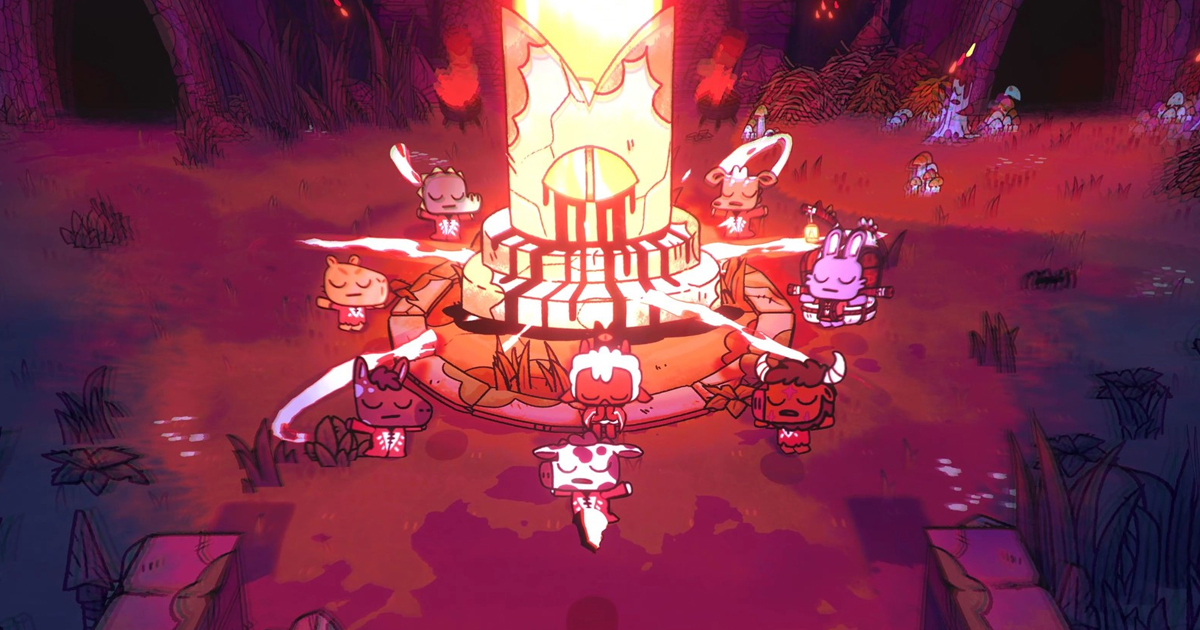 Seeking funding and preparing for the launch

In 2020, Massive Monster received funding from VicScreen, an Australian agency that invests in the development and production of films, TV projects, and games. This was enough to build the prototype for Cult of the Lamb .

“Melbourne has been very good to us, it has a really fantastic scene for game developers and creative people in general,” Armstrong says.

But the studio also needed additional backing to finish the game and distribute it eventually, so they started looking for a publisher. As Armstrong notes, “they often say, decide if you want a publisher and if you do, try to get Devolver Digital.”

Given Devolver’s focus on original imaginative titles, Cult of the Lamb has all the chances to become a nice addition to this family.

“They have really elevated the game and brought so much attention to the project,” Armstrong says of working with Devolver. “They really know what they are doing and it’s been a bit of a dream to have them be so supportive of the game.”

Earlier this year, Massive Monster also participated in the Steam Next Fest, a really important marketing event for indie developers. It was a great opportunity to reach a huge audience and collect feedback.

“It was quite scary though. We didn’t know what people would think of the game as we hadn’t been able to show it to anyone yet due to the pandemic,” Armstrong says.

Despite the concerns, the Next Fest was a blast. Cult of the Lamb was the number one game in all three categories for the whole week. As a result, the game’s wishlists skyrocketed.

“We have been working on the game for three years,” Armstrong says. “During that time we went through a global pandemic, the team was split up across the world and, on a personal note, I also had two children. So it’s been a very eventful three years, but despite that, the team has grown even stronger and I couldn’t be more proud of how the game has turned out thanks to everyone’s dedication and hard work.”

Cult of the Lamb came out on August 11 and received an average score of 82/100 on Metacritic. 87% of reviews on Steam are also positive. So players seem to really love this cult-building game, especially with over 61k concurrent users playing it at launch.