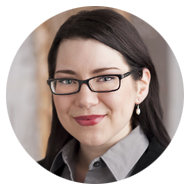 2021 was a strong year for DDM in our core work of representing development studios. Some particular highlights include client releases of Metroid Dread, Monopoly Madness, Where the Heart Leads, Alba: a Wildlife Adventure, World of Demons, Sea of Solitude: Director’s Cut and numerous others. We also announced many wonderful new clients, including Overload Entertainment, Left Field Labs, Bitwise Alchemy and Secret Games Company, to name just a few.
Our investment services work is flourishing, with announced deals including the The Molasses Flood’s acquisition by CDPROJEKT, Phosphor M&A by People Can Fly and advising on Neon’s raise from Griffin Gaming Partners.

An ongoing initiative from our data and research team is tracking all of the investments and M&A activity in the games industry, which we summarize, interpret and package into a quarterly report called the DDM Games Investment Review. We have the only 10+ year data source of this information that is specific to the games industry. It’s been such a busy year in investment and M&A that the work on the report is quite significant, so we are expanding that team in anticipation of next year, which looks likely to continue pace with the volume of investment deals.

What development or trend that you saw in 2021 do you consider critical for your niche?

The acquisition sprees of 2021 and 2020 have consolidated many mid-sized studios and most of the larger ones, who have also been targets of investment. The studios which have been acquired by publishers are generally working on internal projects, and those who have received investment are either looking to self-publish or are using the funding to keep their IP and secure a publishing relationship later in the project development lifecycle. In tandem, many indie publishers have also received investment or been acquired, and their budgets and content mandates are increasing — so there is an opportunity in the mid-sized market where the pitches at this scale have a reduced volume of competitors and there are more publishers willing to engage with them.

There are still lots of publishers working in the small-budget space, but the flood of content makes it increasingly challenging to secure a solid partnership. In the lower budget tier, developers can struggle for visibility with publishers, and publishers are challenged to determine which projects to choose from the myriad options.

DDM has several verticals within our work (agency representation, consulting, investment services, data and research), so there are quite a few things that we are looking forward to in the next year. We will increase our focus on our investment services, seeing ourselves as uniquely positioned to work with studios on investment and publishing relationship business development efforts in parallel. In addition, we have already extended to work in the blockchain gaming arena, which we expect to grow significantly next year as the large amounts of capital that have been raised for this purpose is deployed. We are also advising SXSW as they expand their focus on the gaming industry for their signature event which is happening a couple weeks before GDC. And, as always, we look forward to continuing to help our clients achieve their goals on projects large and small.

As far as new releases this year, the perfectly unsettling Mundaun which is cryptic and claustrophobic and full of bees, and Grime, which has this gorgeous surreal melancholy atmosphere and Souls-like combat. I’ve really enjoyed Valheim as well, especially the base-building and exploration aspects.