Voodoo’s Corentin Selz on hybrid-casual games: “We want players to stay for 14 or 30 days, or even longer”

Hybrid-casual is a strong new market segment driven by consumers, who have started engaging more with casual or midcore games over the last 12 months. This relatively untapped market is starting to give hyper-casual developers the opportunity to continue creating engaging core mechanics, while benefiting from hybrid monetisation strategies, such as combining free-to-play and ad-based business models with in-app-purchases to boost revenue.

We reached out to Corentin Selz, Publishing Manager at Voodoo, to discuss how the publisher is transforming its existing portfolio of hits into hybrid-casual titles in order to meet the increased demand from users for more in-depth gameplay. 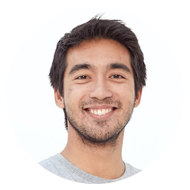 Corentin, a few words about yourself and you role at Voodoo, please?

Before joining the Voodoo team, I was a trainee solicitor for a global law firm across London and Frankfurt, working on deals and litigations. I was involved in lots of mergers and acquisitions, financing deals and international arbitrations.

But I couldn’t resist the pull of the games industry, and I’ve been a Publishing Manager at Voodoo since 2018. I spent my first two years setting up a strong publishing team in Turkey, coaching them on how to best optimise, monetise and market their games. I’ve been back in Paris for just over a year now, and my focus is on building Voodoo’s hybrid-casual suite of titles.

I feel like hybrid-casual is still a relatively new thing. What does hybrid-casual mean exactly in terms of game design and business model?

Hybrid-casual is a combination of core hyper-casual gameplay and simplified meta-gameplay from casual or midcore games. From a hyper-casual perspective we take the easy to play elements, accessibility and short bursts of gameplay that players love, and combine them with casual and midcore meta gameplay features.

Hybrid-casual games allow developers and publishers to create engaging and core mechanics quickly, while benefiting from hybrid monetisation strategies, such as combining free-to-play and ad-based business models with in-app-purchases to boost revenue.

What would you say became the factor that gave rise to hybrid-casual games?

Hybrid-casual is a strong new market segment with a lot of potential growth. Over the last 12 months, consumers have started engaging more with casual or midcore games, with time spent on apps up by 80% in Q1 2021 compared to Q1 2019, and consumer spend hitting a huge $32billion over the same period.

With people playing games for longer, likely as a direct result of the pandemic on our daily lives, they’re naturally looking for more in-depth experiences to enjoy over an extended period of time. It’s this shift in consumer behaviour that triggered wider interest in the hybrid-casual business model.

Is there a game that is considered to be the first hybrid-casual title?

You could probably argue that the first hybrid-casual game was Archero, by Habby. Archero may feel like a hyper-casual game when you pick it up and play it, but there are a wealth of user-made videos online with tips and advice on strategy, something you tend to see more of in the casual world of games, and beyond. 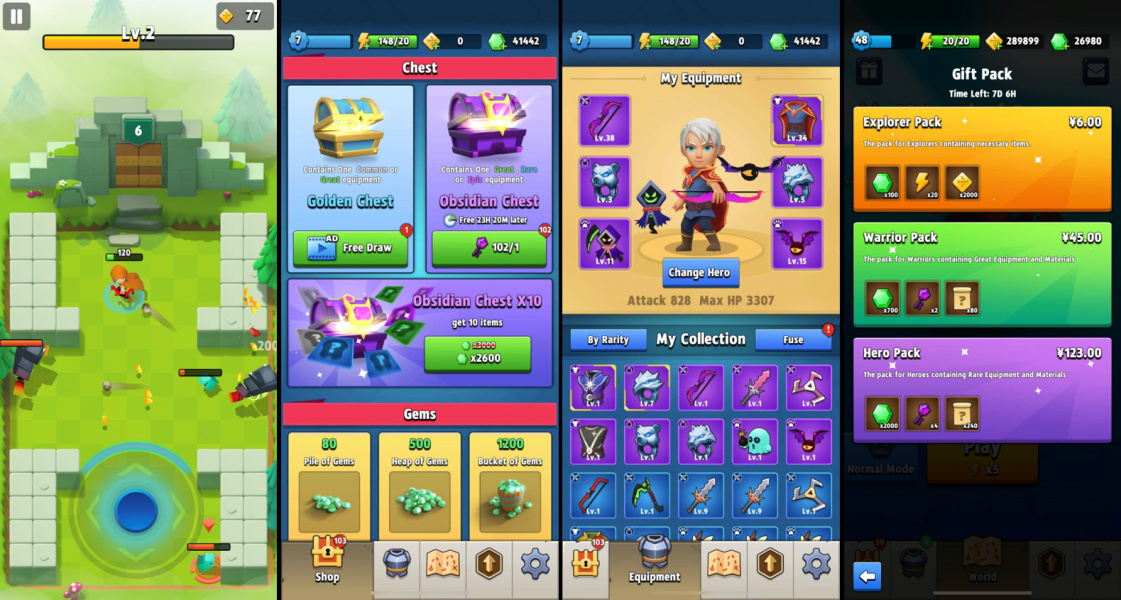 Where does the line of demarcation lie that separates hybrid-casual games from hyper-casual titles that feature some small additional mechanics (like collection)?

Usually, the features that are being built are actually more complex than the core gameplay, and require more time and work to do and balance properly. The games are typically longer in terms of the overall experience, offering greater incentives for the player to keep returning, and also offering natural progression that you don’t tend to find in hyper-casual games.

What about idlers? They have complex metas. Can they be considered hybrid-casual?

Idlers could definitely be considered hybrid-casual, because they often mix ads with in-app-purchase monetisation. However, hybrid-casual games are more about ensuring the core gameplay appeals to the mass market, and idlers typically don’t fit into that category.

When it comes to categorising hybrid-casual in the future, it’s likely there won’t be many limitations on what genres and gameplay would describe themselves as this, because genres can be mixed and matched to create an entirely new experience. This creates unlimited potential for great hybrid-casual games in the future.

Ok, for example, we have two games. Game A has the hyper-casual core gameplay and some light meta elements. Game B has the exact same core, but its meta is more like that of Heroes Charge. Do we consider both games hybrid-casual or not?

Both games could definitely be considered hybrid-casual, but we’re focusing on making ones like Game B. If we only focused on creating something like Game A, with only light meta features, this would probably result in retaining players for 8 or 9 days, rather than 7. While it is an increase, what we really want is for players to stay for 14 or 30 days, or even longer.

What doesn’t exist in the market yet is hyper-casual core gameplay with a meta layer that gives players a reason to stay for 30 days or more; typically most players are gone after 7 days in pure hyper-casual games. This is an area that we’re keen to explore.

But the more complex the meta layer is, the higher the entry threshold is for players, right? Is there any change in the target audience between hyper-casual and hybrid-casual because of that?

On the surface it doesn’t seem like there’s much of a change in the target audience when you compare the two because we’re still using core hyper-casual gameplay. However, it starts to change quite significantly when you look at longer term retention.

A strong 7 day retention rate is normally a good indicator of performance when it comes to hyper-casual, but we’re looking at much bigger retention rates for hybrid-casual. These retention rates can be positively impacted by adding those long term goals, which then translate to improved monetisation through in app purchases.

Last question about meta-game. Within the hybrid-casual subgenre, what types of meta are most widely used right now?

There are three different types of meta being widely used.

The first is all about RPG elements. This includes upgrading character statistics, introducing passive skills and unlocking unique skins which have unique benefits attached to them. Games such as Archero, Bowmasters and Tank Masters have these RPG elements.

The second is competitive leaderboards, where you rank regionally and globally against other players. Forming teams and having team leaderboards is also starting to appear more and more.

Finally, there are city builders where you build and design a city with the coins you gain from playing the game.

These popular metas will no doubt change very soon, as things move at such a quick pace in the mobile games industry, but it’s great to see how diverse the relatively young hybrid-casual sector is already and I’m excited to see what the next big meta trend will be. 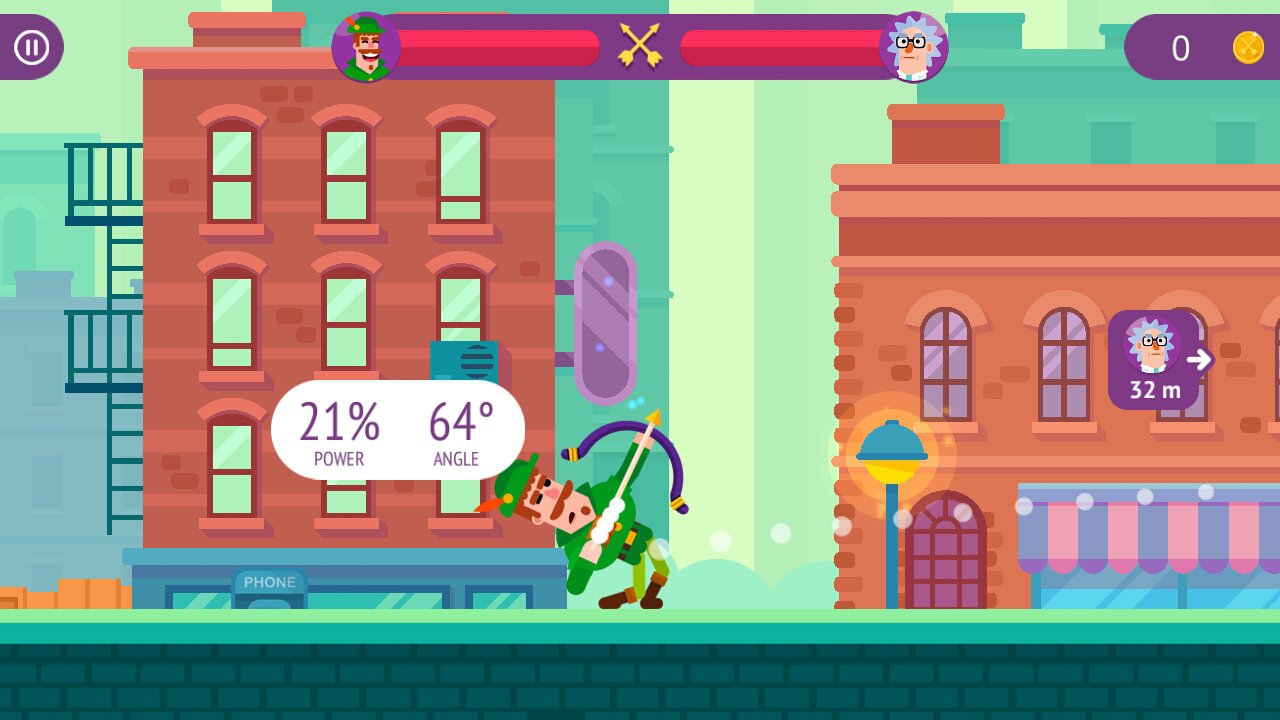 Is there any taxonomy within the hybrid-casual subgenre? Any sub-subgenres?

Classifying games in hybrid-casual is an interesting topic, given that it is such a new way of making games. Given its scope for growth, over a few months you are likely to see a number of different genres appear, but we have observed some definite examples of these forming. You can see cases of action and RPG titles such as Bowmasters, Tank Masters, Archero and Art of War Legion, which is contrasted by another existing genre of puzzle games, like Match 3D.

While we haven’t seen other examples of genres just yet, there is potential in the future for co-operative and competitive multiplayer titles to enter the industry as hybrid-casual games, alongside simulation or narrative-based titles.

Perspective also plays a huge role in defining what is and isn’t hybrid-casual. Midcore and hardcore developers might say that any game mixing casual and midcore mechanics is technically a hybrid-casual title because of their new meta layer. Project Makeover is a recent example, and could be considered a hybrid-casual title due to its mix of match 3 gameplay, its design ideology and deeper narrative.

How do the development processes compare for hybrid-casual and hyper-casual?

One of the key things that makes hybrid-casual games different from hyper-casual games is the introduction of medium and long term goals on top of the core mechanics. Hybrid-casual gives developers the freedom to create any kind of goal they want for their player, whether that be RPG-style progression, sticker albums, narrative or visual progression. All of these add medium or long term goals.

The introduction of longer term goals means that developers can go far beyond typical day 7 retention rates found in hyper-casual games, and they can look towards day 14 or even day 30 retention.

The key here is co-development, and we offer studios a huge head start in the development process by giving them an existing, and successful game that has already shown strong marketability and virality. All the developers need to do is build the meta-features, adding the medium and long term goals for the players. They don’t need to worry about building the core gameplay, developing the artwork or doing the programming, because it’s all already there.

This is very different to the rest of the market, where other developers and publishers are building completely new games from scratch, which means you need more time and more people. At Voodoo, with the co-development philosophy, we can prototype hybrid-casual games in six weeks and test them for 10 days with only a three person team.

In general, though, there are some similarities when it comes to the development of hyper-casual and hybrid-casual games, with the latter borrowing some of the key ingredients. Striking the right balance between these ingredients is vital for success. You need the ‘build and kill fast’ mindset of a hyper-casual studio, alongside expertise from casual games in meta, monetisation and live operations.

One of the cool things about hyper-casual is its predictability. You can test the concept with extremely simple prototypes or even videos. This is not necessarily the case for hybrid-casual games because you can’t really predict how a particular kind of meta will perform. Or can you?

Testing is an incredibly important part of the hyper-casual development cycle, and something that we prioritise with our studios. We want them to be testing as much as possible and as early as possible so that any issues are flagged in the early stages of development. This reduces the overall risk for publishers, and allows studios to showcase good games at a much earlier stage. But testing is only one piece of the puzzle. It needs to be paired with data in order to fully illustrate how well a game is anticipated to perform.

Comparatively, hybrid-causal is still quite young so testing is something that will be constantly improving in terms of reliability. Lessons from our experience with hyper-casual development will be invaluable when it comes to informing how we evolve the process in the future.

What about CPI? Is it higher for hybrid-casual games compared to hyper-casual ones?

In general yes, and this effect is compounded by the overall rise in CPI in the market. At Voodoo, we’re seeing CPIs range from around 0.30$ to 1$. But it all depends on the game and the core gameplay.

Are you expecting hybrid-casual to become the next big thing in mobile games? What impact will this subgenre have on the entire ecosystem?

Hybrid-casual games aren’t new, with a handful of studios having launched their own titles over the past 12 months. But it is still a relatively untapped market in terms of its success, and we believe that hybrid-casual offers a new genre for players to get excited about. It will be particularly interesting to see how long-time users of both hyper-casual and casual games react to the enhanced gameplay on offer as they increase in popularity.