Linux hits 1% user share on Steam for first time in years, which is over 1 million players

The share of Linux users on Steam has historically been pretty low. However, it has now reached 1% for the first time in years soon after the Steam Deck announcement.

The data was shared by GamingOnLinux on August 2. According to Steam Tracker, the Linux share has been under 1% for years.

In April, the number of players started to grow slowly and reached the 1% mark in July. Considering Valve’s own data of 120 million monthly active users, there should be around 1.2 million Linux players on Steam right now. 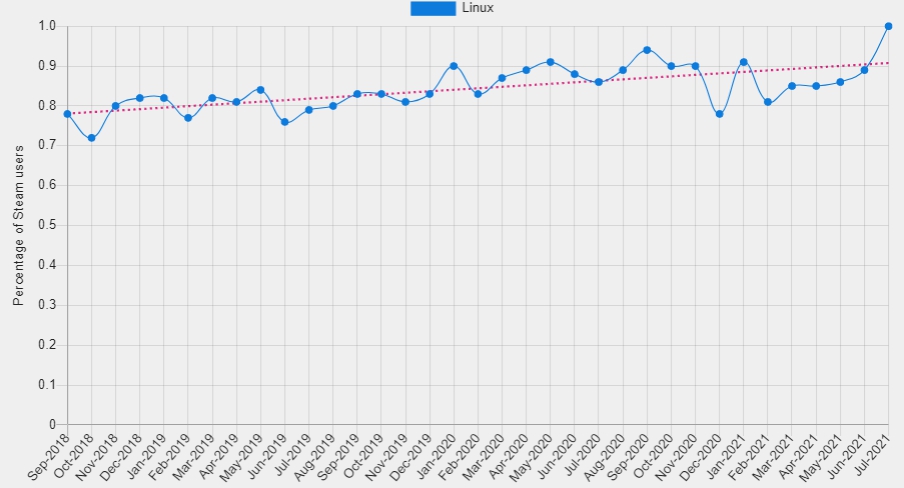 It is still unknown what drove this increase. Perhaps, the jump happened soon after Valve announced Steam Deck in the middle of July. The upcoming handheld PC runs on a Linux-based OS, so more Linux users might also want to start using Steam in the future.

Some users also assumed that the increase in the Linux share is also connected to the Windows 11 announcement. Microsoft’s upcoming OS probably won’t be able to run properly on older machines, so it is no surprise that some people might move away from it.