Titles released through the Super Rare Shorts label will include:

We caught up with George Perkins, “Head of Doing Stuff” at Super Rare Games, to discuss the new label and how physical distribution can help smaller-scale games gain mass-market appeal. 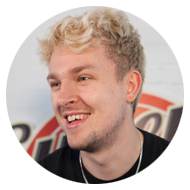 We are a publisher that specializes in physical versions of indie games for the Nintendo Switch. We have released over 50 games to date of some of the best independent games for the console!

Why the Switch, specifically?

Nintendo consoles have always been my favourite platform to play games over the course of my life — so it was a no-brainer to target it! When you’re a small company, it’s important to keep things simple and straightforward — both from a branding and also a production point of view. Sticking with the Switch was a very logical option for us given all of this, and also the fact that most indie games do best on the console!

Who’s your target customer among gamers? I mean besides the fact they have to own a Switch?

Our target customers are generally people that remember the glory days of going to your local shop and buying the latest games. You would then go home and read the manuals! Generally we find it’s the 25-50 year old gamers who buy our games the most.

How do you select games to publish physically? I know that you are releasing a bundle from Mi’pu’mi’. We did an interview with them a year ago. So how did you sign with them?

Our signing process is a bit unorthodox — we basically sign games that we love! It’s as simple as that. All our games are from teams we love. With Mi’pu’mi, we were big fans of The Lion’s Song and The Flower Collectors so it was a no-brainer to want to work with them. We don’t care how many copies a game has sold [digitally or physically on other platforms — Ed.], or about its review scores. What’s important is that the game should resonate with us. 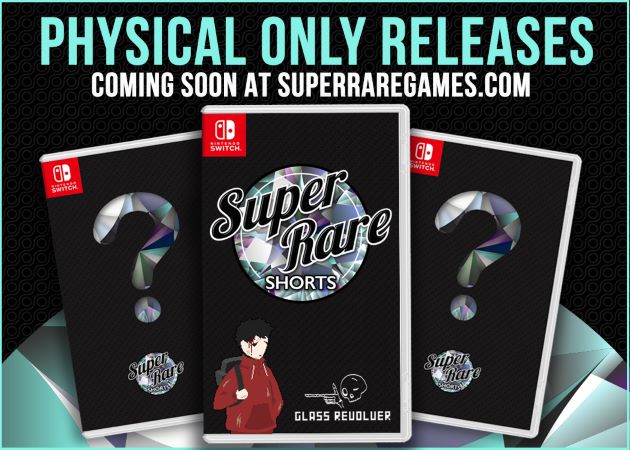 So let’s talk about your news around the Super Rare Shorts label.

We are opening a new label / division of our company which is solely focusing on funding and publishing smaller games from talented development teams. The unique element about this is that they will only be purchasable from our website as physical-only releases on the Nintendo Switch.

When all physical copies of a game are sold out, this is it for that title? It can NEVER resurface anywhere else digitally?

Yes, there’s a preorder window for 1 month. As many people that want it can get it during that month, but that’s it — Super Rare Shorts will only ever be available physically during that preorder window. It will never release digitally or anywhere else.

Can you share anything at the moment about the Super Rare Shorts line-up?

All we can say so far is that we are working with Glass Revolver [creator of ITTA and House of God — Ed.] on our first title and have a handful of other devs we are collaborating with at the moment

Do you scout for projects that are almost release-ready? Or do you find teams with an early build that you can help make into a game?

A bit of both! We are looking mainly for really unique concepts which maybe haven’t been given the chance to be funded into commercial games. This might be because they aren’t big enough budgets for the bigger indie publishers — or maybe the game is experimental. We are also working with dev teams who want to pitch us games specifically with this in mind.

Does it have to be specific genres? Specific types of games?

Nope! We are looking to hear from developers who have ideas for any types of games! We try to ensure we have a diverse portfolio.

The rise of digital distribution was instrumental in helping indies thrive and experiment. Could you explain the economy behind Super Rare Shorts? How can it be profitable for devs who will not see any “digital” revenue from a project they release through your label?

The reality for indie developers is that releasing a game is incredibly difficult; there are so many titles being released everyday that there is always a chance a game will not be a commercial success. You usually have a very, very small window in the spotlight and if you don’t get enough eyeballs on what you are doing, the game can very easily fall through the cracks. This is made even more heartbreaking when a team has worked on a title for a large amount of time, money, and has sacrificed a lot.

With what we are doing, we are funding developers for a smaller period of time to make smaller projects with guaranteed profits. We have done this more than 50 times so far. All our games will be sold for around 35-40$ with great additional items sold alongside them. We also know that we can sell somewhere between 5000-15000 copies of each game we work on, so with this we can really de-risk the whole commercial element for developers.

Theoretically, there is an added cost in the actual COGs to produce these physical versions, but given our history in the space, we feel very confident in this actually being less risky than doing traditional digital releases. Each project will be funded by us, and given their shorter development cycles, risk will be massively reduced. That said, the indie games space is incredibly risky that success is never guaranteed, even for highly polished titles.

True! Good luck with the new label and look forward to seeing Shorts hit the shelves!

Founded in 2018, Super Rare Games has worked with over 50 indie developers boosting them beyond what the market currently provides for smaller-scale games that struggle to gain mass-market appeal. With massive visibility issues for digital indie games, and smaller-scope games generally being passed up by indie publishers who are looking for larger-scope, high-profit titles, Super Rare Shorts aims to showcase quality titles that would otherwise have never seen the light of day or received the audience they deserved.