In case you’ve ever wondered if there has been “a race-to-the-bottom in pricing on Steam,” here is a graph that could help answer this question.

Indie game marketing consultant Logan Williams created a graph, using data from GameDataCrunch (it collects and contextualizes public data about every game on Steam). It ranks games released on Steam within the last six years by prices.

GameDataCrunch creator and indie developer Lars Doucet shared the graph later. The short answer is “No, there hasn’t been any collapse in prices of games on Steam.” The data also shows that the number of titles released on Valve’s store grows every year. 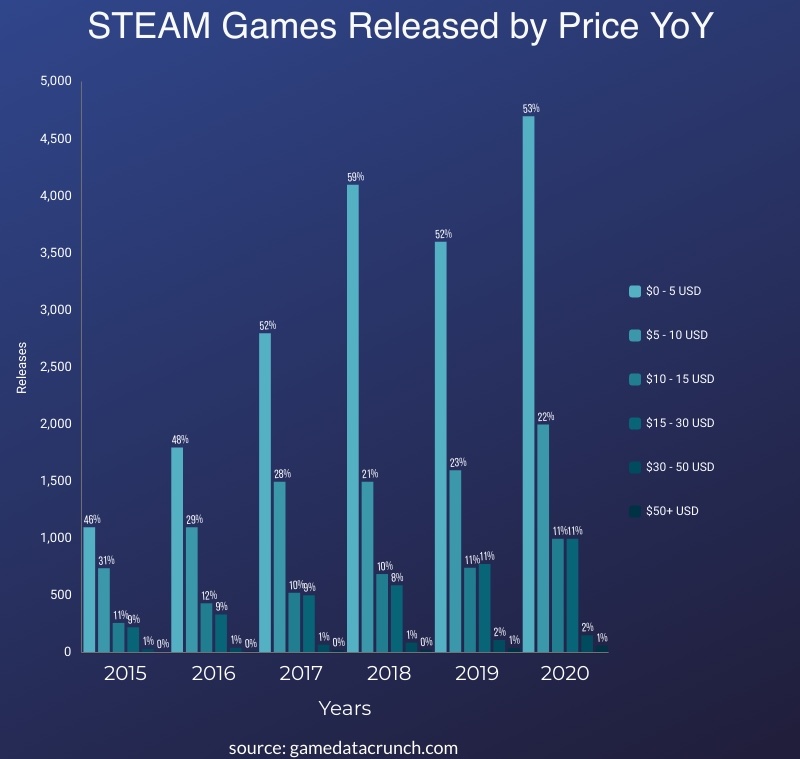 “Anecdotally I feel like discounts have been getting less steep and aggressive over the years and I’m pretty confident analysis would back that up, but I still want to see the data,” Doucet wrote.