Why Apex Legends Mobile got shut down despite being EA’s sixth highest-grossing mobile game in 2022
21:14
Nintendo announces 10% pay raise for all Japanese employees to drive long-term growth
16:31
Activision Blizzard posts record quarterly bookings on Blizzard’s strong growth and Call of Duty blockbuster sales
14:21
Microsoft’s chances of clearing Activision Blizzard deal in US and Europe to fade away if UK watchdog decides to block it
13:01
John Carmack on video game preservation and why companies suffer more harm by destroying something dear to players
06.02
Jeff Gaimon on expanding EA Originals beyond just indie games: “It’s like a menu. It depends on what devs want”
06.02
It Takes Two hits 10 million unit sold. “Nobody expected this,” says Josef Fares
03.02
Over 1 million Chinese players apply for refunds due to expiration of Blzzard’s agreement with NetEase
03.02
NCSoft West lays off 20% of employees as part of ‘global realignment’
03.02
Organic discovery and app store featuring to be declared dead in 2023, according to Deconstructor of Fun
02.02
All news
Industry News 05.12.2020 11:29

The Monster Hunter movie premiered in China on December 3 only to be reportedly cancelled due to public outcry against a racist joke in the film.

As Niko Partners’ Daniel Ahmad points out, the joke is a pun that plays on the phrase “Chinese, Japanese, dirty knees – look at these?” which is considered offensive.

The joke in question has also resulted in Monster Hunter: World getting review bombed on Steam, with over 1,000 negative reviews popping up since the film came out.

According to Twitter user Gavin, “all showtimes of Monster Hunter are being cancelled in China. Theaters exhibitors got notification in midnight without clearly reason, but industry believe it’s because a racist joke about Chinese after audience reflected on social media.” Gavin adds, however, that theaters will be able to resume showing the movie once they receive the new copies with the joke edited out.

The same source claims that Tencent Pictures is yet to respond to the situation. Capcom Asia, however, has already released a statement, even if only to say that the studio did not handle the production of the film. Capcom also said it would report the situation to the relevant film companies to look into. 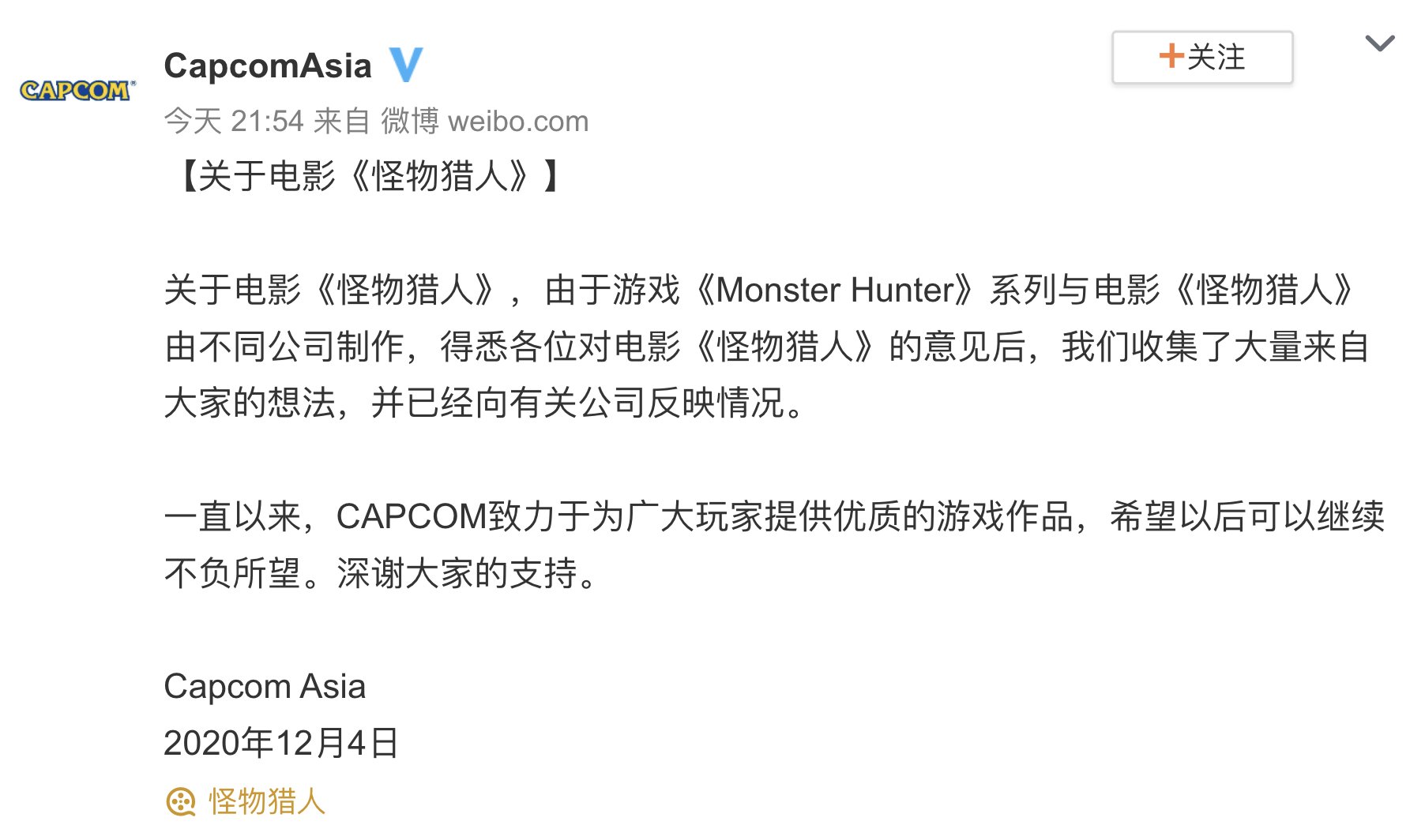 The Monster Hunter movie is directed by Paul W. S. Anderson and stars Milla Jovovich, both of whom were previously involved in the movie adaption of another Capcom property, Resident Evil.