Days Gone came out on PS4 a year ago. Its developer Sony’s Bend Studio has shared an inforgraphic on user activity in the game.

For example, players have spent 200 million hours in the game.

Sony has never revealed how many copies the title sold. However, after five months on sale, Days Gone ranked 6th on the all-time PS4 exclusive best-selling list, according to NPD. 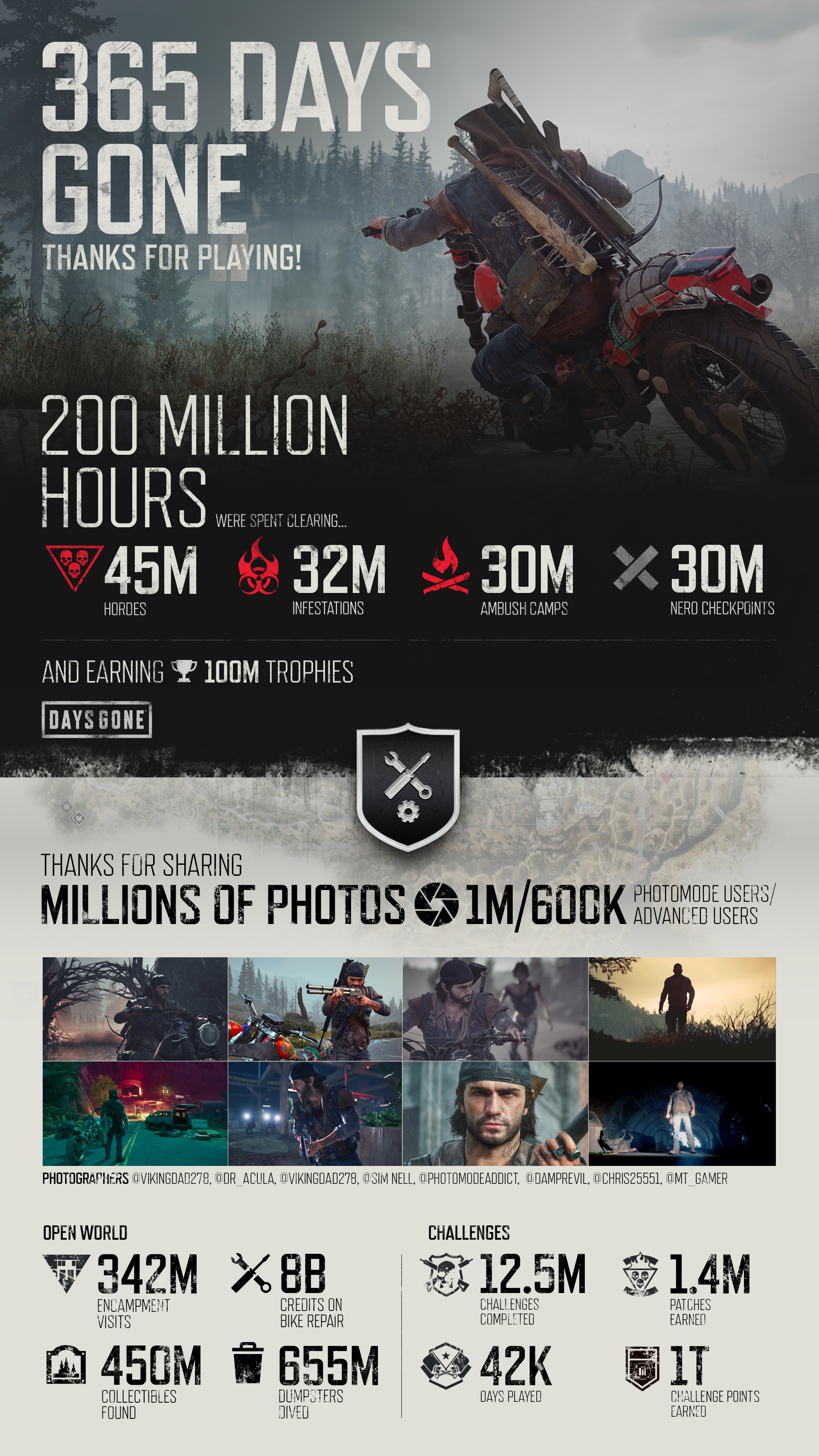