John Carmack on video game preservation and why companies suffer more harm by destroying something dear to players
06.02
Jeff Gaimon on expanding EA Originals beyond just indie games: “It’s like a menu. It depends on what devs want”
06.02
Microsoft’s chances of clearing Activision Blizzard deal in US and Europe to fade away if UK watchdog decides to block it
06.02
It Takes Two hits 10 million unit sold. “Nobody expected this,” says Josef Fares
03.02
Over 1 million Chinese players apply for refunds due to expiration of Blzzard’s agreement with NetEase
03.02
NCSoft West lays off 20% of employees as part of ‘global realignment’
03.02
Organic discovery and app store featuring to be declared dead in 2023, according to Deconstructor of Fun
02.02
Dwarf Fortress made $7.2 million in January, 44 times more than in all of 2022
02.02
PlayStation reports 53% Q3 revenue growth, driven by strong sales of consoles and third-party games
02.02
Tenjin and GameAnalytics release Q4 Hyper-Casual Games Benchmark Report
01.02
All news
Industry News 06.12.2019 12:22

With the UK preparing for the general election on December 12, Developer Ndemic Creations has rolled a new content update for its hit Plague Inc. It allows players to spread fake news and defamatory statements capable of derailing any political cause. 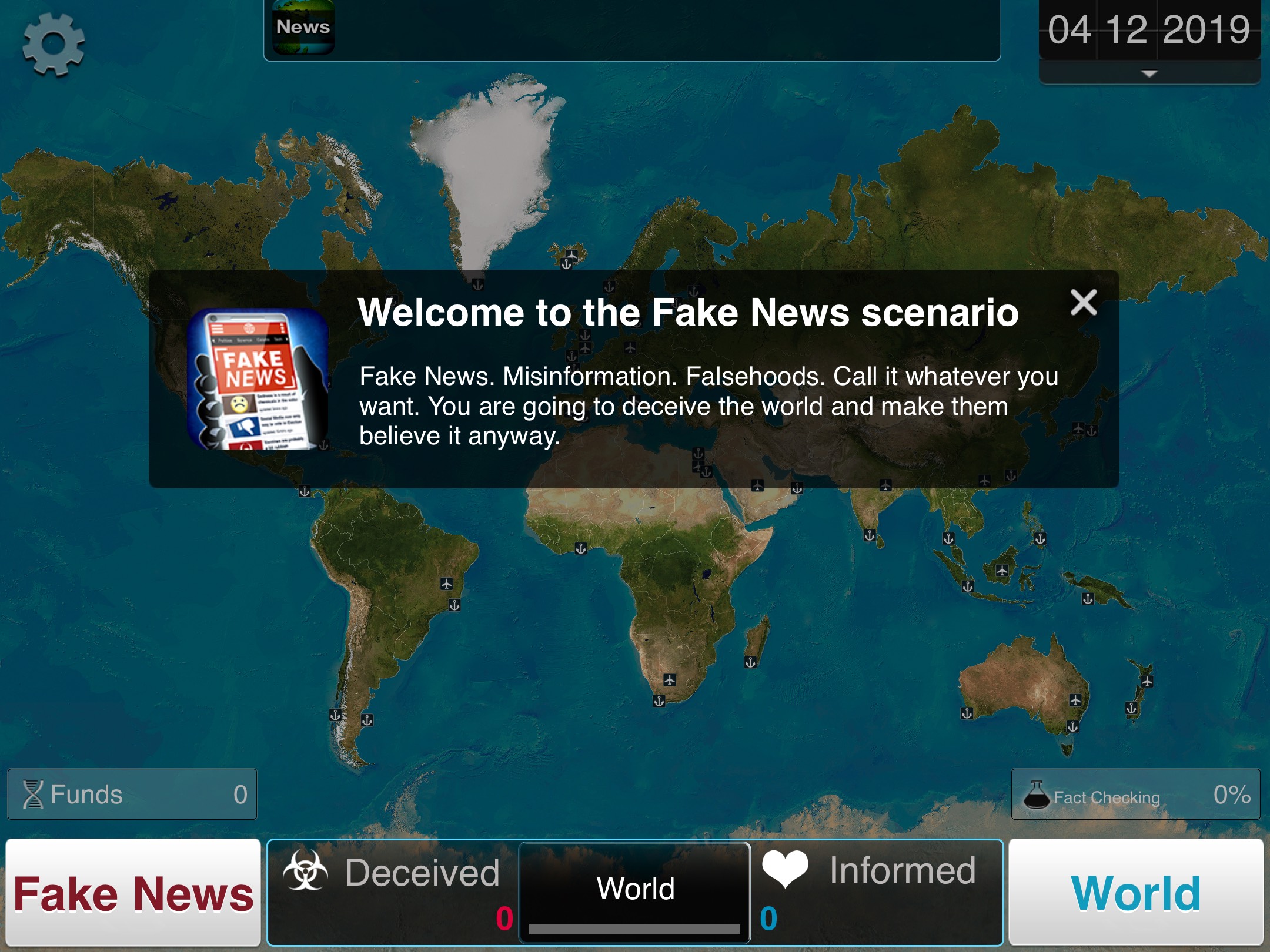 Just like you would typically spread diseases in Plague Inc., your task now is to propagate misinformation before it is detected by fact-checkers.

When working on the Fake News scenario, Ndemic Creations collaborated with professional fact-checking organizations so as to plausibly offer “a heightened view into the extremes of misinformation and the serious consequences it can have for our democracies, health and society.”

Just like a deadly pandemic, the spread of misinformation is a huge threat to our society. When designing this new update for Plague Inc., it was scary how many of our infection algorithms translated perfectly to the world of false facts, fake news and bad information.

The Fake News scenario is free for those already owning a copy of Plague Inc. Right now, it is only available on iOS, but the PC, console and Android releases are coming soon.

Plague Inc. is a real-time strategy simulating the creation and spread of a deadly pathogen. It came out on mobile in 2012 to critical acclaim. The PC version was released in 2015, and the console version – a year later. Over 130 million players have installed the game across all platforms. Seven years on, the game continues to have an active fan base due to regular updates, such as the Fake News scenario that cleverly ties in with the current agenda.