In 2018, Russia ranked fourth with $1.7 billion in the video games revenue (8% of the European video games market), and France held the third spot. Not anymore!

SuperData attributes the changes in the European market to two factors:

Despite the growth in mobile, PC remains the most popular gaming platform in Russia. According to the report, in 2018, there were 79 million PC gamers in the country. By the end of 2019, their number will increase by 3%. 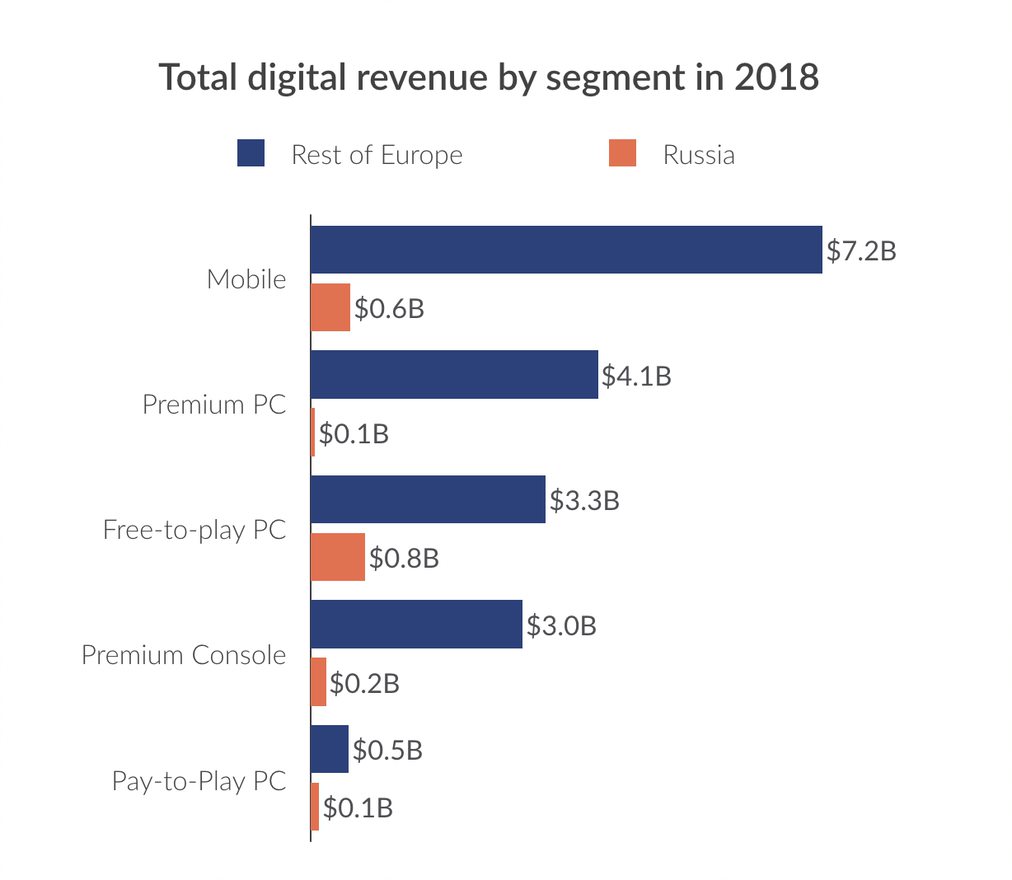 The report also mentions an important growing segment of the Russian gaming market which is eSports. Two-thirds of gamers (64%) in Russia watch eSports content. The most popular content is about Dota 2 and CS: GO. Eight of the top ten channels are dedicated primarily to these games. However, these are not the highest-earning titles, with customers spending the most money in The World of Tanks and the battle royale games. 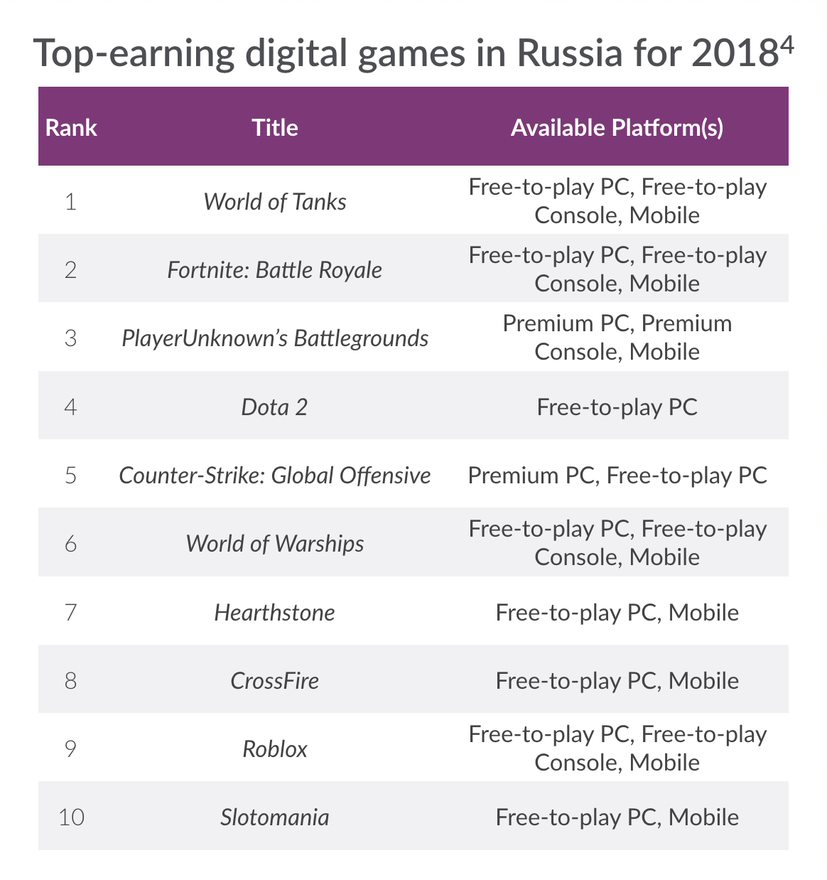 Despite the rise of the Russian market in 2019, SuperData is confident that in 2020 its growth will slow down significantly.