Why Apex Legends Mobile got shut down despite being EA’s sixth highest-grossing mobile game in 2022
21:14
Nintendo announces 10% pay raise for all Japanese employees to drive long-term growth
16:31
Activision Blizzard posts record quarterly bookings on Blizzard’s strong growth and Call of Duty blockbuster sales
14:21
Microsoft’s chances of clearing Activision Blizzard deal in US and Europe to fade away if UK watchdog decides to block it
13:01
John Carmack on video game preservation and why companies suffer more harm by destroying something dear to players
06.02
Jeff Gaimon on expanding EA Originals beyond just indie games: “It’s like a menu. It depends on what devs want”
06.02
It Takes Two hits 10 million unit sold. “Nobody expected this,” says Josef Fares
03.02
Over 1 million Chinese players apply for refunds due to expiration of Blzzard’s agreement with NetEase
03.02
NCSoft West lays off 20% of employees as part of ‘global realignment’
03.02
Organic discovery and app store featuring to be declared dead in 2023, according to Deconstructor of Fun
02.02
All news
Industry News 06.11.2019 12:56

Supercell’s Rush Wars, soft-launched three months ago, will close on November 30, 2019. All IAPs have already been disabled. 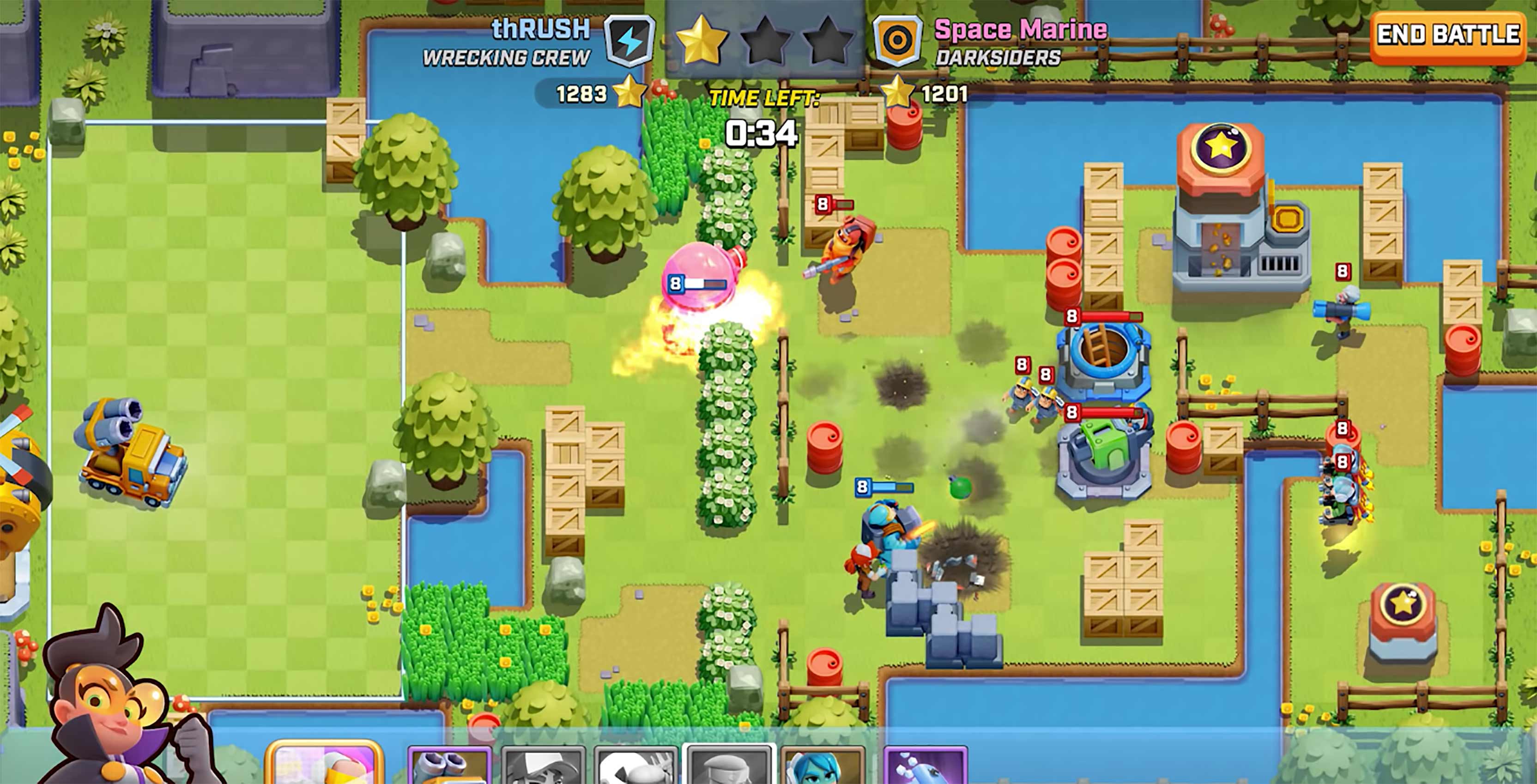 Supercell announced its decision to discontinue the game via an official blog post. When developing the game, the studio wanted to create a casual alternative to Clash of Clans or Boom Beach. Throughout the beta, however, the team attempted to change the dynamics to make the strategic elements more challenging.

A number of updates were released, but the feedback from the community persisted that the game felt repetitive. Ultimately, the company decided that the gameplay was beyond salvation even if they continued working on it.

“Here at Supercell, we have extraordinarily high standards for our games. We want to be sure that each game we release will be played for years and remembered forever. Unfortunately, we felt that even if we continued working on Rush Wars, we wouldn’t hit this goal,” says the post about the closure.

When it comes to killing games in soft launch, Supercell has always been famously unsentimental about it. Rush Wars is just the latest cancellation in the long line of canned projects including Smash Land, Spooky Pop, Battle Buddies, which only spent several months in beta. This is on top of “tens and tens” of games shut down internally.

Rush Wars soft-launched back in August in Canada, Australia, and New Zealand. It grossed $310,000, with Canada accounting for about 60% of that revenue. Over the same period, Supercell’s hit Brawl Stars grossed $910,000 in Canada alone. Brawl Stars also earned 860,000 downloads in Canada during beta versus Rush Wars’ 400,000 installs in that same market. So it’s pretty clear why Rush Wars is underperforming by the company’s standards.