Chris Zukowski: Steam can only promote up to around 500 indie games per year
20:40
Wargaming top manager called a terrorist by KGB Belarus
17:19
AI USE CASE: How a mobile game development studio saved $70K in expenses
27.01
Sensor Tower: Subway Surfers was most downloaded game in Q4 2022, but the Stumble Guys showed fastest growth
26.01
The Day Before loses its page on Steam. Developer cites trademark complaint
25.01
125 games industry professionals from 85 companies attended WN Connect business event in Belgrad
24.01
Blizzard caught up in scandal. Again. This time it is all about ranking its employees
24.01
Cyberpunk 2077 quest director Paweł Sasko on game’s non-linearity: “Players expected more because of the fact how The Witcher 3 is built”
23.01
Key success factors for ZERO Sievert, top-down extraction shooter that generated over $1 million in its first week
23.01
Dragon Age: Dreadwolf production director Mac Walters leaves BioWare after almost 20 years
23.01
All news
Industry News 31.10.2019 12:33

The latest update brought about a major landing page redesign that makes it easier for users to navigate among recently played games, friends activity, collections, and technical support. Developers can now use the new Events feature to let players know about changes made to the game, ongoing challenges, and other stuff. But it’s not all the Steam has been up to as of late.

Discovered last week and confirmed yesterday by Steam designer Alden Kroll on Twitter, a new feature is arriving on Steam that will ask players to revise their original review if, after posting it, they keep playing for, say, another 100 hours.

In the example below, the feature got triggered after “an additional 93 hours” since the player posted their initial review. 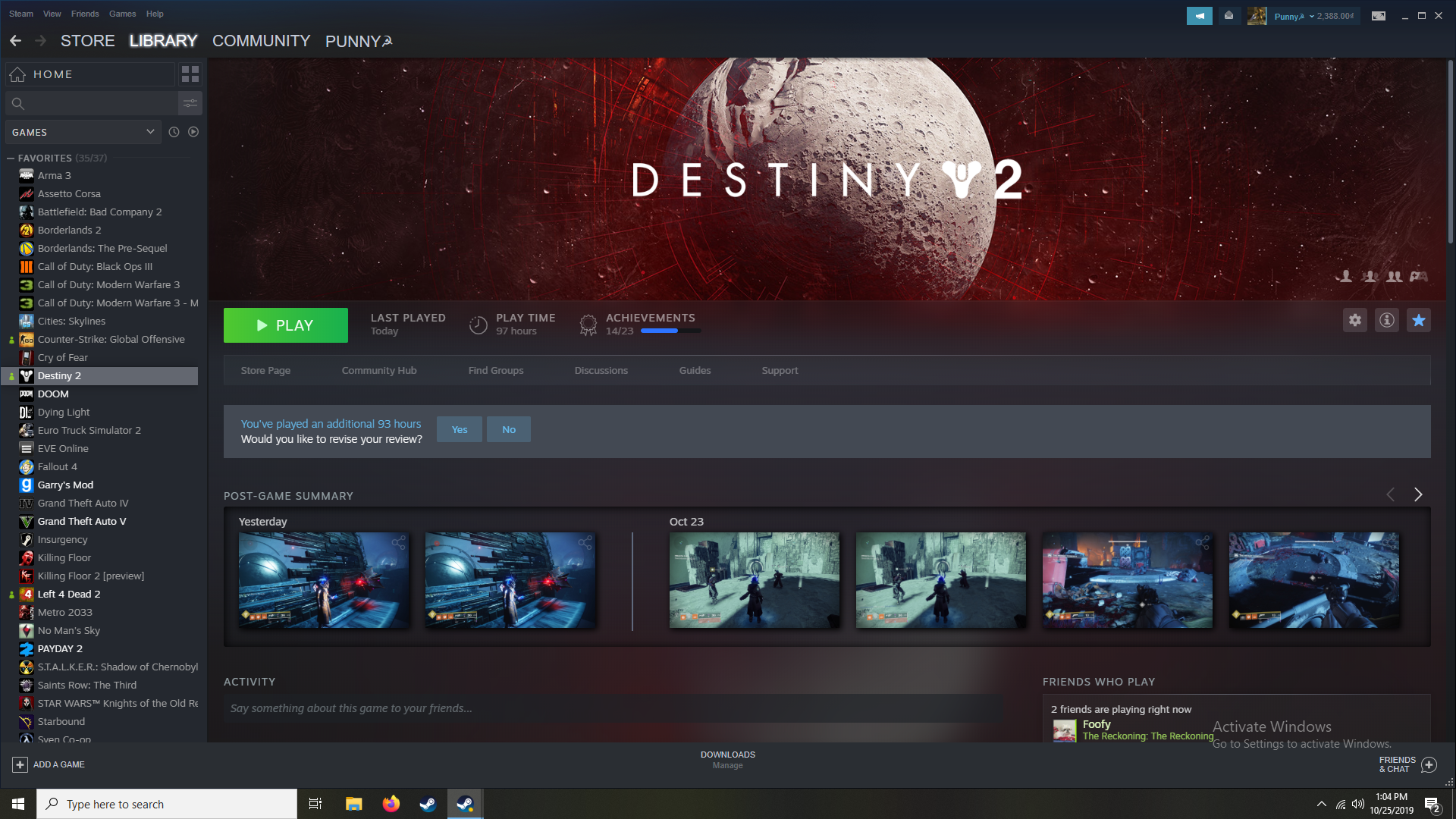 As Kroll explains, “Devs have been asking us for this for a while, but we first needed to build the new library before it made sense (technically) to add it.”

A Valve representative told Kotaku that the new feature is activated around “some thresholds as reasonable starting points,” but the company intends to fine-tune it as the effects of the update become clear. And Steam does need to be careful about this. Obviously, if a player has spent 100 hours playing a game, their review will have more weight than the first impression they might have had after only several hours. But if the feature is triggered too late, the effect might be negative as players might feel fed up with the game after so many hours.

Additionally, the new library will also target those who haven’t reviewed a game yet.

“When a player visits the app page in the new library for a recently played game they have not yet reviewed, the Steam client will ask them whether they would like to leave a review. The goal with this addition is to make reviewing easier and include more voices in the system,” a Valve spokesperson explained, via Kotaku.

The review update is limited to Steam beta clients at the moment.