Chris Zukowski: Steam can only promote up to around 500 indie games per year
20:40
Wargaming top manager called a terrorist by KGB Belarus
17:19
AI USE CASE: How a mobile game development studio saved $70K in expenses
27.01
Sensor Tower: Subway Surfers was most downloaded game in Q4 2022, but the Stumble Guys showed fastest growth
26.01
The Day Before loses its page on Steam. Developer cites trademark complaint
25.01
125 games industry professionals from 85 companies attended WN Connect business event in Belgrad
24.01
Blizzard caught up in scandal. Again. This time it is all about ranking its employees
24.01
Cyberpunk 2077 quest director Paweł Sasko on game’s non-linearity: “Players expected more because of the fact how The Witcher 3 is built”
23.01
Key success factors for ZERO Sievert, top-down extraction shooter that generated over $1 million in its first week
23.01
Dragon Age: Dreadwolf production director Mac Walters leaves BioWare after almost 20 years
23.01
All news
Industry News 24.09.2019 18:15

Take-Two to pursue opportunities in India, Africa and Middle East

“The biggest opportunities we see are in Asia, and then, over a longer period of time, probably in India and in Africa,” said Take-Two CEO Strauss Zelnick at the annual meeting of shareholders.

Further commenting on the company’s international growth, he added:

“We aren’t really penetrated as an economic matter in India and in Africa and we’re only penetrated in a small way in the Middle East. There’s a great deal of opportunity in those parts of the world.”

Zelnick’s opinion is supported by Newzoo analysts, at least with regard to India. Recently, India has been gradually catching up with Australia in terms of the market value. Mobile segment looks especially promising in India. 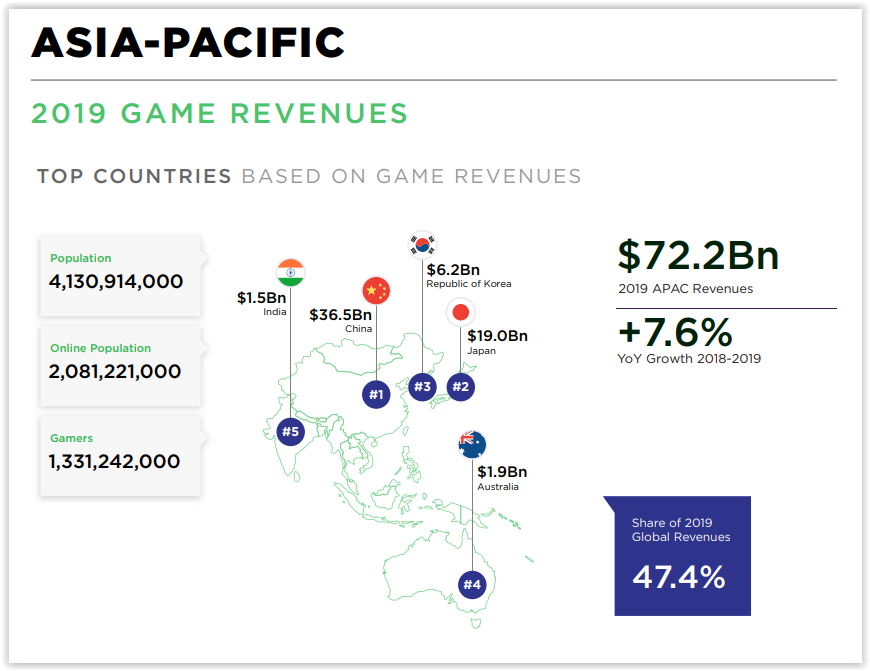 Right now, however, Take-Two is focusing on Asian markets, in particular on China. The publisher has already launched NBA 2K Online in China, which is region-exclusive.

In general, many Western companies are pursuing opportunities in China despite the strict regulations and the trade war between China and the United States. As Zelnick noted: “We think there’s a great market opportunity [in China – Ed.] and we’re hopeful the trade talks will be resolved positively, amicably and in a way that’s beneficial for the overall entertainment business.”