John Carmack on video game preservation and why companies suffer more harm by destroying something dear to players
06.02
Jeff Gaimon on expanding EA Originals beyond just indie games: “It’s like a menu. It depends on what devs want”
06.02
Microsoft’s chances of clearing Activision Blizzard deal in US and Europe to fade away if UK watchdog decides to block it
06.02
It Takes Two hits 10 million unit sold. “Nobody expected this,” says Josef Fares
03.02
Over 1 million Chinese players apply for refunds due to expiration of Blzzard’s agreement with NetEase
03.02
NCSoft West lays off 20% of employees as part of ‘global realignment’
03.02
Organic discovery and app store featuring to be declared dead in 2023, according to Deconstructor of Fun
02.02
Dwarf Fortress made $7.2 million in January, 44 times more than in all of 2022
02.02
PlayStation reports 53% Q3 revenue growth, driven by strong sales of consoles and third-party games
02.02
Tenjin and GameAnalytics release Q4 Hyper-Casual Games Benchmark Report
01.02
All news
Industry News 06.08.2019 17:21

Acts of violence are once again blamed on video games. US President Donald Trump implicated games as the reason for two shootings in Texas that killed more than 30 people. Following Trump’s speech, biggest game publishers saw their shares sink. 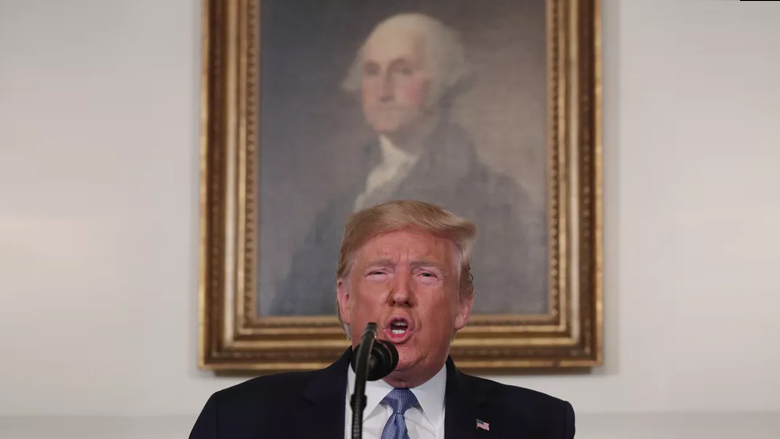 “We must stop the glorification of violence in our society. This includes the gruesome and grisly video games that are now commonplace,” Trump said, according to CNBC.

As a result of Trump’s words, the stocks of video games companies immediately fell:

Mobile publisher Zynga stands out on this list. Unlike publishers of Call of Duty and Battlefield franchises, Zynga is known for its rather innocent titles – casual simulators and merge games. Although it recently released the “royal battle” of Tiny Royale, featuring a cartoonish style.

Entertainment Software Association (ESA) has already expressed its objections. The ESA indicated that the link between video games and tragic acts of violence has not been proven.

“As we shared at the White House video game meeting in March 2018, numerous scientific studies have established that there is no causal connection between video games and violence. More than 165 million Americans enjoy video games, and billions of people play video games worldwide. Yet other societies, where video games are played as avidly, do not contend with the tragic levels of violence that occur in the U.S,” an Association spokesperson shared.