Perks of being indie, or How Platonic Games found their niche

Indie developers are no match for big studios. But it’s ok, according to Valeria Castro, CEO & Founder at Platonic Games, a small dev team based in Madrid. At a recent event hosted by GameAnalytics, Valeria shared her experience entering the crowded hyper-casual scene.

If you haven’t heard about Platonic Games, that’s probably because you are not part of their niche, which is what this post is exactly about. Anyway, they have made successful games like Sailor Cats, Happy Hop, and Kawaii Kitchen. 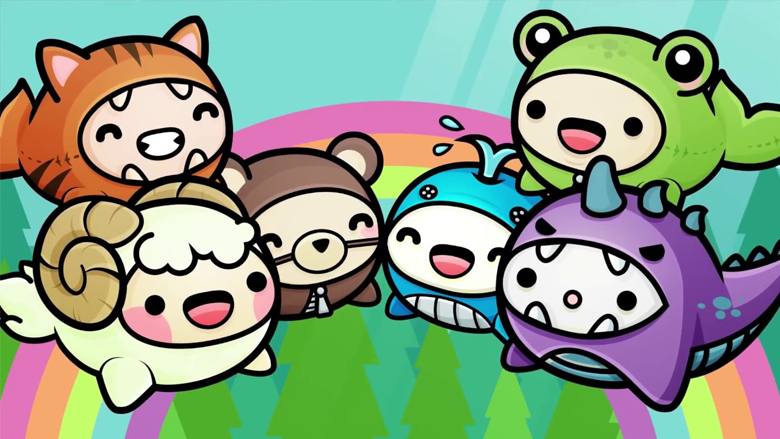 Here’s how to put them to good use.

What’s missing on the market?

Identifying their own niche is what allowed Platonic Games to take off. They didn’t need the loyalty of the two billion gamers out there, they only needed 0.05% of them to play their titles.

To unlock this 0.05%, Platonic Games looked at genres that were under-represented on the market. One genre seemed particularly in need of more variety – games for girls. That’s how they decided on the niche.

How to find the right keyword?

Next thing Valeria and her team needed to tackle was discoverability.

Again, the strategy here is to refrain from competing against super-popular keywords. They wanted to evoke the sense of cuteness as part of their brand, but using “cute” was never an option as this would mean getting lost among the multitude of “cute” games.

Instead, Platonic Games decided on the word “kawaii,” which wasn’t used quite that often. Best of all, it resonated with the fans of the Japanese cuteness culture (it’s interesting, though, how Japan is not one of Platonic Games’ markets: “They know I am a fake,” laughs Valeria, contemplating the authenticity of her breed of “kawaii”).

“Kawaii” turned out to be a very smart choice as it also helped develop a recognizable visual style in the studio’s games.

How to talk to players?

With the brand identity properly established, the studio needed to foster the community. For Platonic Games, three things worked.

First, they were honest about who they were and, specifically, how small they were at the time. It helped establish the sense of sympathy and intimacy.

Second, they really studied their audience through the reviews they were getting. Most of the user feedback rang with excitement and relied heavily on emojis, which was no surprise coming from girls and young women. This taught Valeria how best to communicate with the players.

Third, the team had to figure out the most appropriate social media channel. Initially, the team started with Facebook and Twitter. However, they were able to dramatically increase the number of followers when they moved to Instagram. Instagram proved to be the ideal platform for informal communication, with capital letters, emojis, and hashtags flying back and forth.

Finally, Valeria says it’s important to have clear goals. Platonic Games has always tried to release one new title every six months.  That’s long enough in the hyper-casual world, but the team feels strongly about releasing a product that is bug-free. To that effect, they would typically soft-launch a game to no more than ten thousand players – just to spot anything they might have missed during production.

Because Platonic Games titles are free-to-play, the developers do not care very much about the number of downloads. It’s the retention rate that really matters.

For ads, Valeria cautions against pushing it too far with interstitials. Players shouldn’t feel like they are being forced to watch ads.

As far as IAPs, back in 2015, they only accounted for 10% of the company’s revenue. More recently, however, the studio started to slightly transition from hyper-casual to casual, and that allowed to up the share from IAP revenue to 30%, with the remaining 70% coming from ads. This helped in terms of the studio’s relationship with the stores.

The video of the talk is available here.