It Takes Two hits 10 million unit sold. “Nobody expected this,” says Josef Fares
18:22
Over 1 million Chinese players apply for refunds due to expiration of Blzzard’s agreement with NetEase
14:58
NCSoft West lays off 20% of employees as part of ‘global realignment’
13:09
Organic discovery and app store featuring to be declared dead in 2023, according to Deconstructor of Fun
02.02
Dwarf Fortress made $7.2 million in January, 44 times more than in all of 2022
02.02
PlayStation reports 53% Q3 revenue growth, driven by strong sales of consoles and third-party games
02.02
Tenjin and GameAnalytics release Q4 Hyper-Casual Games Benchmark Report
01.02
Chris Zukowski: Steam can only promote up to around 500 indie games per year
30.01
Wargaming top manager called a terrorist by KGB Belarus
30.01
AI USE CASE: How a mobile game development studio saved $70K in expenses
27.01
All news
Deals 23.01.2023 13:49

The popularity of Wordle has given rise to many clones and similar puzzle games. Quordle, one of the more popular and challenging knockoffs, has now been acquired by Merriam-Webster. 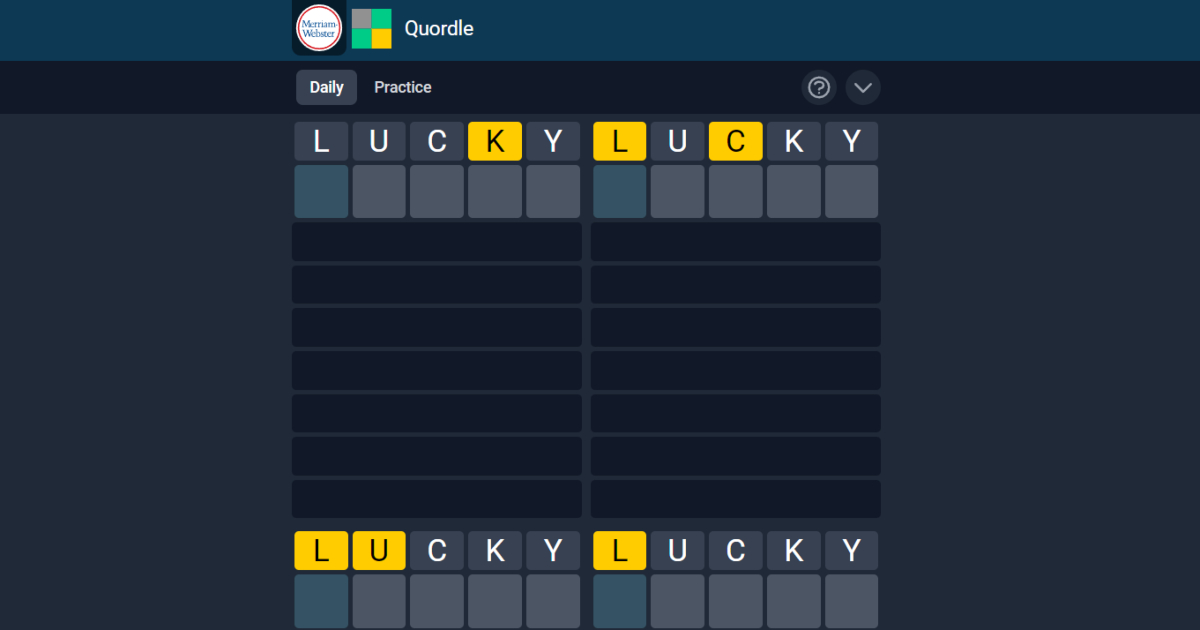 The deal was quitely announced on the Quordle tutorial section, as first reported by TechCrunch. The game is now available on Merriam-Webster’s official website.

Quordle creator Freddie Meyer later made a statement on Twitter, saying that he was “delighted to announce” that the project had been acquired by Merriam-Webster. “I can’t think of a better home for this game,” the message reads. “Lots of new features and fun to come, so stay tuned!”

I’m delighted to announce that Quordle was acquired by @MerriamWebster

I can’t think of a better home for this game. Lots of new features and fun to come, so stay tuned!

Merriam-Webster, the Encyclopædia Britannica subsidiary best known for its online dictionary, confirmed the information to TechCrunch: “It will make a great addition to our lineup of games and quizzes, and we look forward to playing along with the millions of Quordle fans every day.”

However, the financial terms of the deal remain undisclosed.

How is Quordle different from Wordle?

At first glance, Quordle is just another clone of the world-famous word puzzle game. But unlike Wordle, the player should guess four five-letter words at once, with just nine guesses. So it is a relatively more difficult experience.

Created by Welsh software engineer Josh Wardle, Wordle took off in early 2022, with dozens of clones released on the App Store in a matter of weeks. The New York Times later acquired the game for a seven-figure sum. Music streaming giant Spotify also got in on the trend by buying Headle, a trivia game that gives users six tries to guess a song based on its snippets.

Quordle was one of many Wordle clones, but managed to gain long-term popularity. It now has millions of active players, making a hit game in its own right.