PlayStation reports 53% Q3 revenue growth, driven by strong sales of consoles and third-party games
14:25
Tenjin and GameAnalytics release Q4 Hyper-Casual Games Benchmark Report
01.02
Chris Zukowski: Steam can only promote up to around 500 indie games per year
30.01
Wargaming top manager called a terrorist by KGB Belarus
30.01
AI USE CASE: How a mobile game development studio saved $70K in expenses
27.01
Sensor Tower: Subway Surfers was most downloaded game in Q4 2022, but the Stumble Guys showed fastest growth
26.01
The Day Before loses its page on Steam. Developer cites trademark complaint
25.01
125 games industry professionals from 85 companies attended WN Connect business event in Belgrad
24.01
Blizzard caught up in scandal. Again. This time it is all about ranking its employees
24.01
Cyberpunk 2077 quest director Paweł Sasko on game’s non-linearity: “Players expected more because of the fact how The Witcher 3 is built”
23.01
All news
Deals 01.02.2022 16:40

Popular puzzle game Wordle has joined The New York Times special gaming subscription. The exact amount of the deal remains undisclosed but it is “in the low-seven figures.” 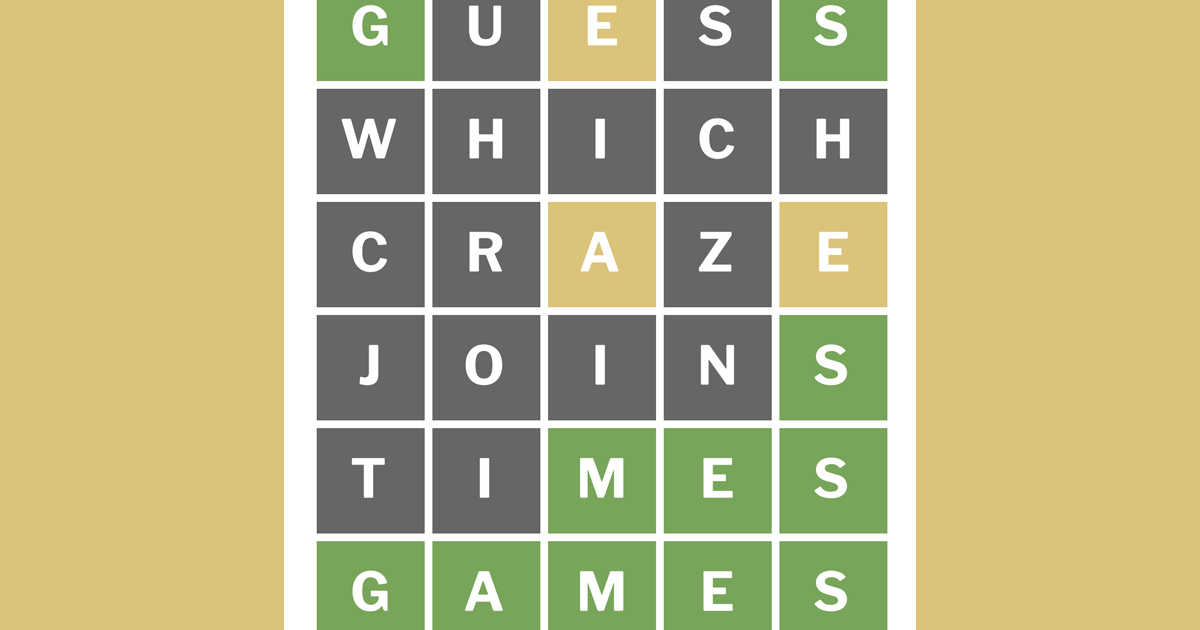 The famous newspaper announced the acquisition on its official website. According to the NYT, it is a part of its ambitions of “becoming the essential subscription for every English-speaking person seeking to understand and engage with the world.”

Games are one of the key elements of this strategy. The newspaper’s subscription already offers a crossword, Spelling Bee, Letter Boxed, Tiles, and Vertex, which were played over 500 million times last year.

And now Worlde, where a player has six tries to guess a five-letter word, will join the list. The New York Times thinks the title will help it reach a new audience through the Games subscription, which already has one million subscribers.

“I’ve long admired The Times’s approach to the quality of their games and the respect with which they treat their players,” Wordle creator Josh Wardle said. “Their values are aligned with mine on these matters and I’m thrilled that they will be stewards of the game moving forward.”

Wordle will remain free for all the new and existing players, with no changes announced to its gameplay.

Over the last month, the game became an internet phenomenon, leading to dozens of mobile clones being released on the App Store. According to the NYT, Wordle reached 1 million DAU.