Organic discovery and app store featuring to be declared dead in 2023, according to Deconstructor of Fun
02.02
Dwarf Fortress made $7.2 million in January, 44 times more than in all of 2022
02.02
PlayStation reports 53% Q3 revenue growth, driven by strong sales of consoles and third-party games
02.02
Tenjin and GameAnalytics release Q4 Hyper-Casual Games Benchmark Report
01.02
Chris Zukowski: Steam can only promote up to around 500 indie games per year
30.01
Wargaming top manager called a terrorist by KGB Belarus
30.01
AI USE CASE: How a mobile game development studio saved $70K in expenses
27.01
Sensor Tower: Subway Surfers was most downloaded game in Q4 2022, but the Stumble Guys showed fastest growth
26.01
The Day Before loses its page on Steam. Developer cites trademark complaint
25.01
125 games industry professionals from 85 companies attended WN Connect business event in Belgrad
24.01
All news
Dev Interviews 19.08.2022 18:15

Indie dev Tobi on Above Snakes’ tile-based gameplay: “It started out as a compromise”

Indie dev Tobias Schnackenberg has opened up about Above Snakes, a debut game from his small studio Square Glade. We discussed the Wild West setting, promising tile mechanics, running a Kickstarter campaign, and working with player feedback. 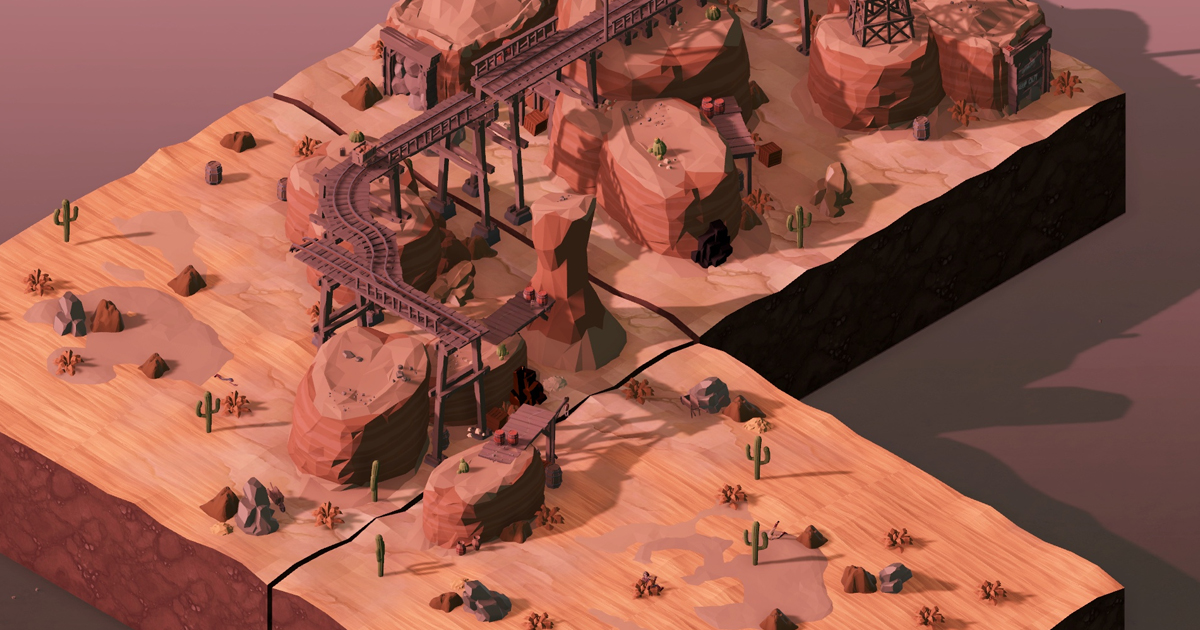 Tobias Schnackenberg, or simply Tobi, is a German indie developer living in the Netherlands. He has been passionate about video games ever since he was a child. So it is no surprise that he made his first steps in this area by building mods for his favorite projects.

“I created levels in Super Mario, new maps and game modes for Warcraft III, and many others,” Tobi recalls. “I shared them with my friends and family and found that I enjoyed both the creative process and seeing people play something I made.”

Many years later, during my studies, I took a class that focused on game development. We had to create a small prototype of a game and I really loved it. This was also the first time I came in contact with game engines. After my prototype was complete and I received my grade, I decided to continue working on the game and turned it into a small demo.

During the next couple of years, Tobi made some other demo games. And in early 2021, he finally started his first commercial project, Above Snakes.

He eventually formed a studio called Square Glade Games, where he is still the only full-time developer. The small team consists of several other members, including developer Marc, 3D modeler Nico, and composer Tyler.

Set in the fictional American Old West world, Above Snakes’ story centers on a mysterious plague spreading across the land and turning people into the living dead. So the player has to survive in this picturesque but hostile environment.

Speaking of the setting, Tobi was mainly inspired by the Red Dead Redemption series, saying that Rockstar did an “amazing job creating a convincing Wild West world.” He also cites Valheim, V Rising, and The Long Dark among his favorite survival games.

However, there is one gameplay mechanic that sets Above Snakes apart from other titles of this genre.

The twist is, the world of Above Snakes is not pre-generated as in many other survival games. You have to build the world while playing. Each resource that you find on your adventures can either be reinvested into building your world or used for your own survival.

The in-game world consists of tiles that players create during their journey. They start on a single piece of land, collect resources, and craft different survival tools. These resources can be invested into expanding the territory by creating a new tile. Step by step, the player discovers new biomes, points of interest, enemies, and other stuff.

This concept looks fresh for a survival genre, but it dates back to Tobi’s first gamedev efforts. As he recalls, all of his first projects contained the tile mechanic. And it was a practical solution rather than an on-purpose game design feature.

Tobi couldn’t make a proper algorithm for fading out level boundaries between the player and the camera when he was building his first demo with Unity. So he thought, “What if the world just ends here? Then I don’t need to think of something blocking the way.”

“It started out as a compromise and an aesthetic feature and I later turned it into a gameplay mechanic with Above Snakes,” Tobi notes. 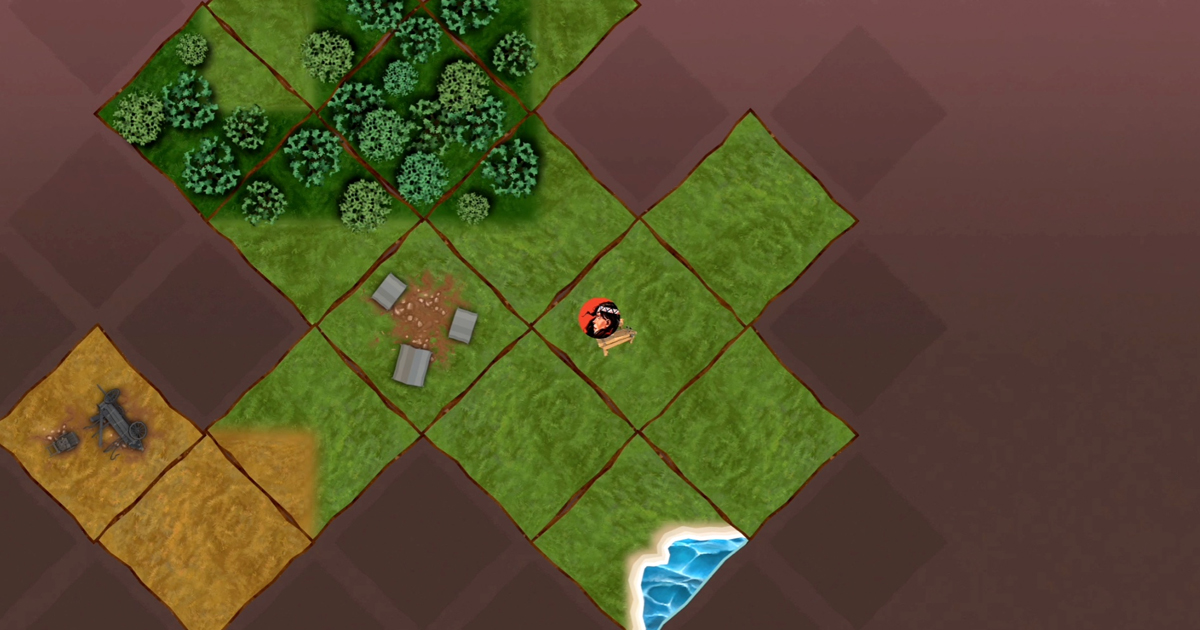 Creating a building system and facing other challenges

Making the proper building mechanic was one of the most difficult things to develop. “I wanted it to feel very intuitive and simple while maintaining creative freedom,” Tobi explains.

So he came up with a modular building system, where walls would attach to foundations, then roofs would attach to the walls, etc. “That system works great and does what I want it to do, but creating these kinds of systems leads to a lot of edge cases you don’t think of right away,” he says. “So polishing and fixing bugs took the most time in this case.”

Gameplay aside, Tobi had to ensure the consistency of his workflow. He tries to never have what he calls a “zero-percent day.” This means that he always has to do something like picking up tasks from his backlog even if he lacks motivation.

Most projects die because the creator decides to move on to the next project without finishing the current one. Starting new projects is easy, but finishing and shipping existing ones is hard.

Flipside of running a Kickstarter campaign

Despite the success, managing this whole process was quite a challenge. “Many people don’t see it, but running a Kickstarter campaign is so much more than just putting a page online and getting funded,” Tobi explains. “I made a well-polished demo that content creators received for free, as well as a Pre-Alpha version for backers to play right after the campaign ended.”

Tobi felt really exhausted in the end, given that he had to run the campaign while developing the game on a full-time basis. Although there is no single recipe for overcoming burnout, he found taking a break every now and then really helpful.

“There is nothing more important than your mental health and making a game is certainly not a sprint, it is a marathon,” Tobi notes. 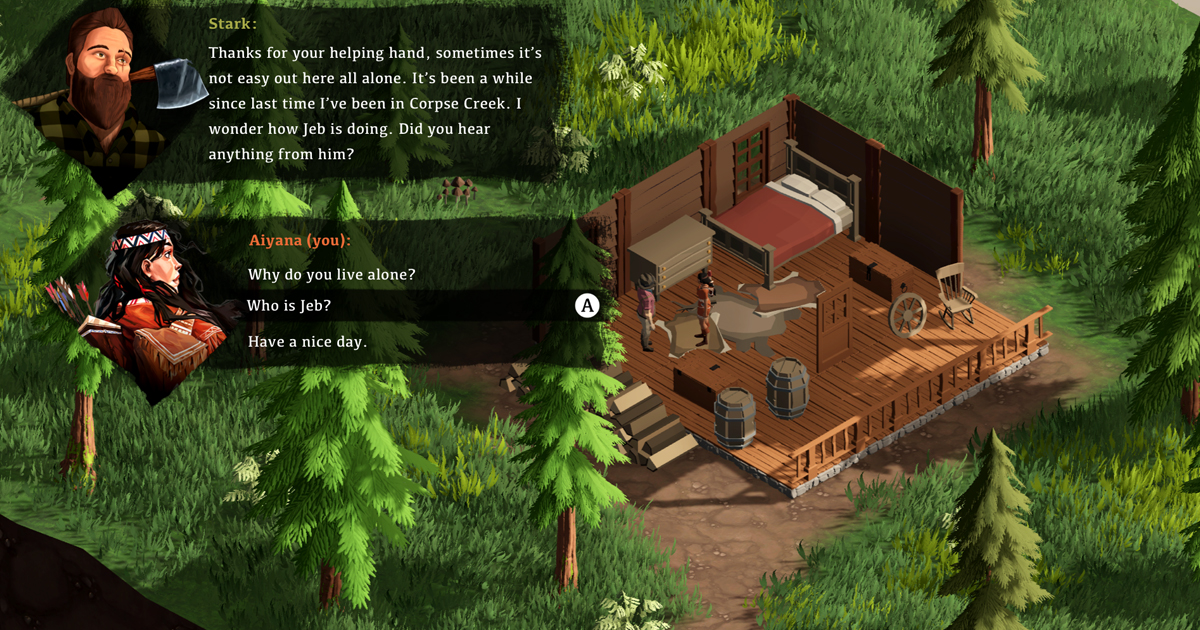 Signing with a publisher

The initial plan was to use Kickstarter funds to leave his job and stop treating game development as a hobby. However, things turned out to be even better than Tobi initially thought.

A year prior to launching the fundraising campaign, he released a demo for Above Snakes (then titled Lonesome) on itch.io and started actively sharing his progress on Twitter. That’s when he was approached by a couple of publishers.

Back then, I was very scared of signing a binding contract with a publisher because that meant that I would be legally obligated to deliver on my promises. It also meant that my game development hobby would turn into a career.

Despite the concerns, Tobi ended up signing with Crytivo. Looking back, he says that he is really happy with this partnership: “I don’t need to be all too worried about deadlines right now, contrary to what some people think when working with a publisher.”

Crytivo helps Square Glade with consulting, testing, distribution, marketing, and legal things. “We do internal reviews on the game where we receive professional feedback and opinions to better the game,” Tobi says of their relationship. “We also do brainstorming sessions when we feel like we need more voices on a certain feature or game mechanic.” 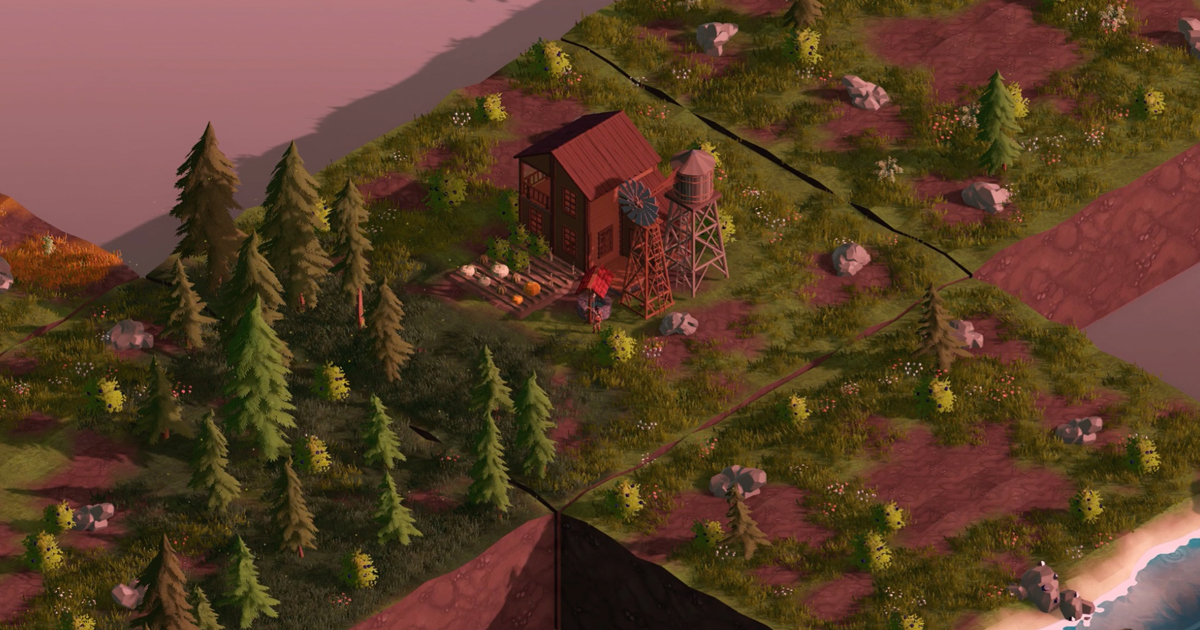 A year and a half into development, Above Snakes is still far from launch. Tobi and the Square Glade team have a lot of work left to do, but they have already started spreading the word about the game.

The Steam Next Fest was one of the biggest marketing opportunities so far. As Tobi says, more than 25,000 people played the demo, with Above Snakes peaking at 561 concurrent players.

The highlight of the festival was probably CohhCarnage taking the time to stream my game. During that time, more than 18,000 people were watching Above Snakes live on Twitch.

Square Glade then invited around 1,000 eligible players to try the game’s alpha version. This, along with comments they received during the Next Fest, has become a great source of quality feedback.

The team has already responded to some of the player critique. They updated the combat system, adding combos and improving the animation, and documented it in one of their devlogs on YouTube.

“We are also working on a new introduction for the game to better immerse players in the world of Above Snakes,” Tobi says of other improvements. “Rather than starting on a random tile with minimal story, we are now throwing players into the middle of a scene where they will experience firsthand the consequences of the spreading plague.”

Above Snakes is expected to go through a Beta before launching in early 2023. Considering that there is always room for improvement, it is intriguing to see what the game’s final version will look like.