Mobile publisher AppQuantum and WN Media Group have launched a contest for game developers. It is focused on casual titles. Winners will receive up to $1 million on marketing. 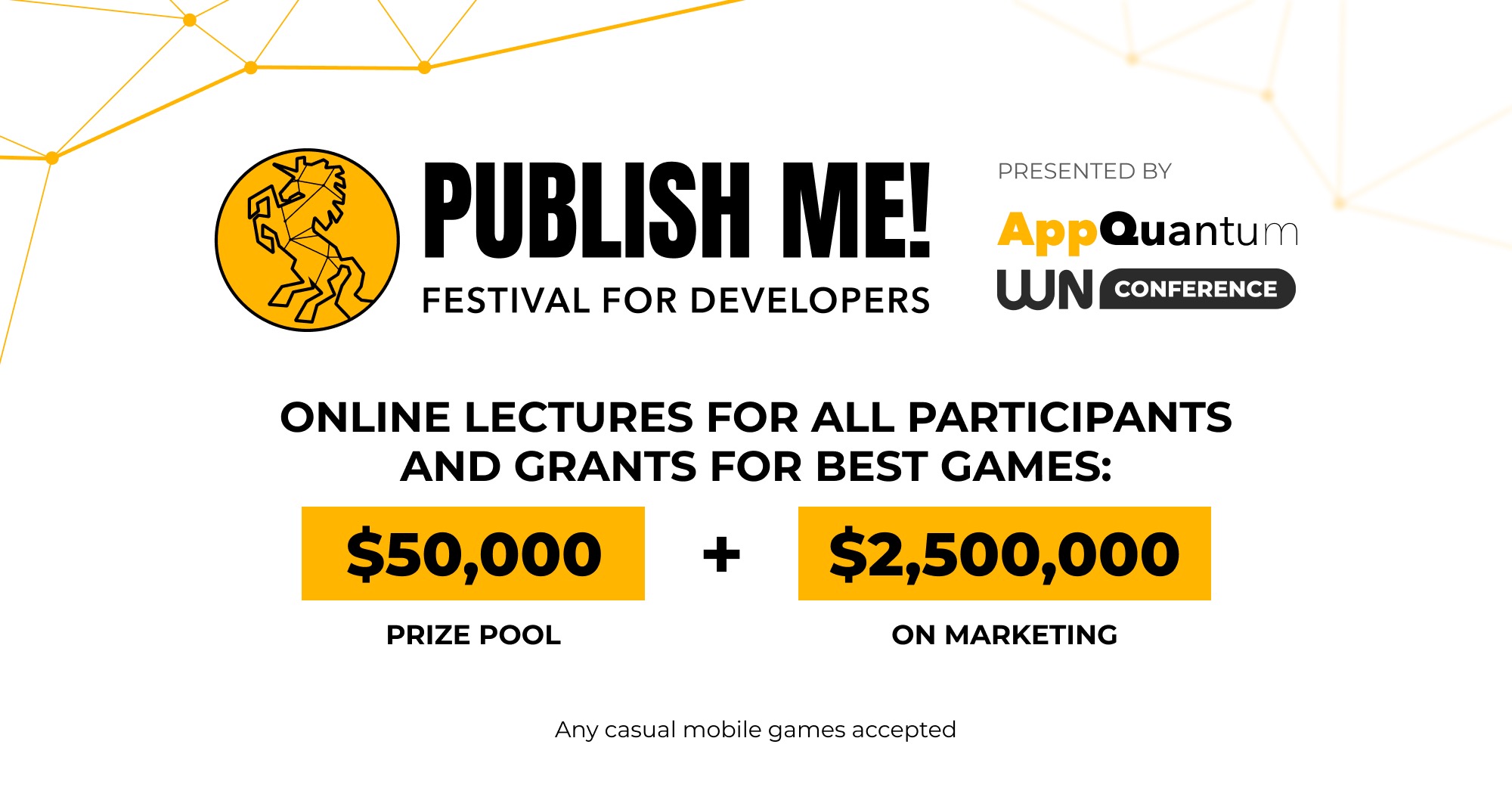 Developers can apply for the contest on the official website. Organizers also ask participants to indicate the name of the engine the game is built with and provide a gameplay video.

To take part in the competition, developers must follow certain rules:

Applications for the contest are accepted until July 10, 2022.

The contest has two prize pools. Each of them will be divided among three winners.

The first pool is $50 thousand. The monetary prizes will be rewarded to developers of the top three games by transfer.

The second one is $2.5 million. AppQuantum pledges to spend this sum on marketing mobile games from winners, which will sign a publishing deal with the company.

The contest’s winners will be selected by a jury of AppQuantum employees and third-party experts, including:

The contest is a part of the Publish Me! festival, which will be held online on July 21. Its first half will be dedicated to game development lectures by mobile games industry experts, with AppQuantum announcing the winners during the second half of the festival.

More information about the contest and the Publish Me! festival can be found here.