In 2021, the top 10 public game companies reached $126 billion in revenue combined, according to a Newzoo report. This is a 10.2% growth year-over-year, as the consolidation trend in the industry continues. 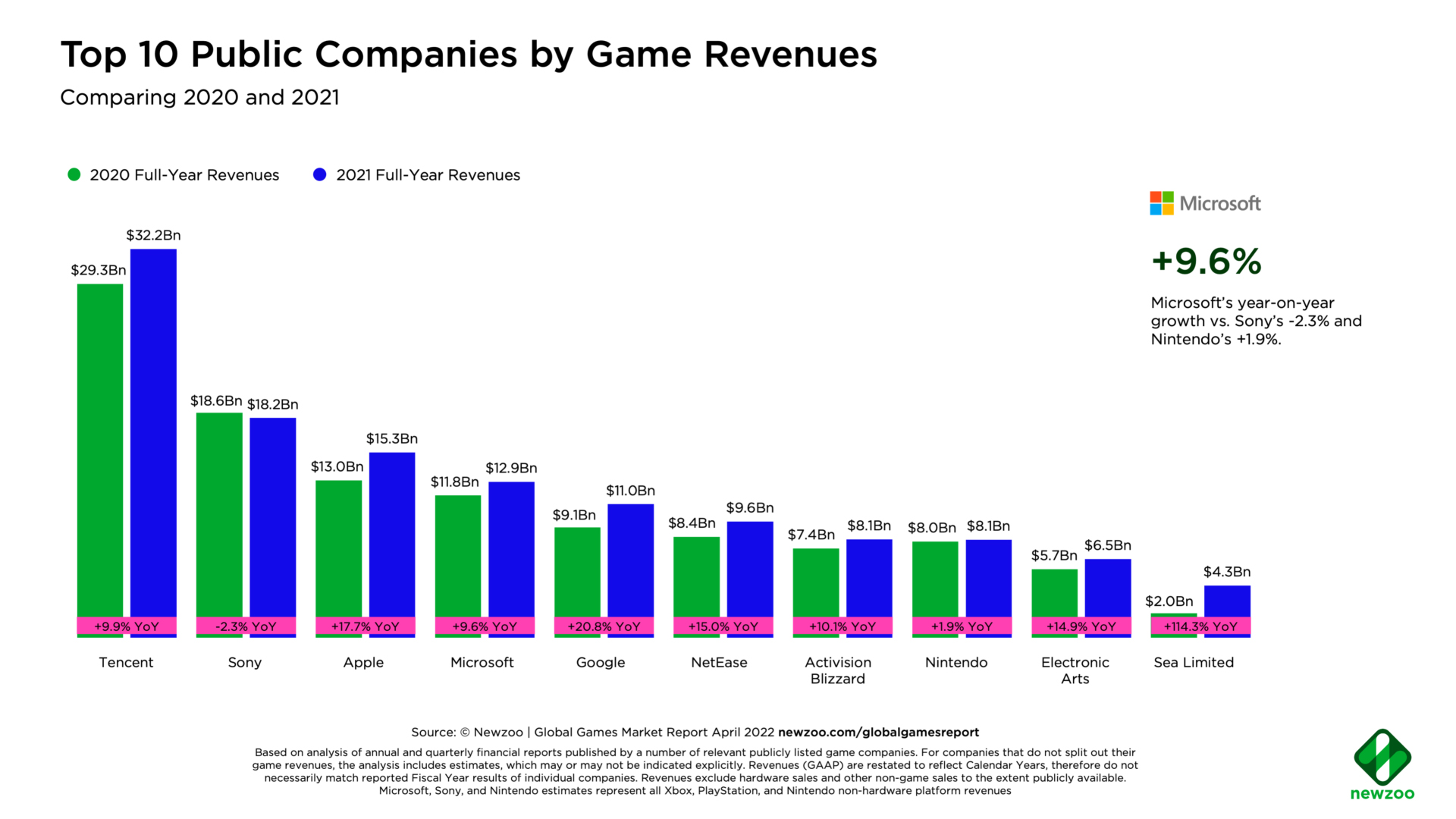