Genshin Impact managed to reach another milestone during the first week of January. According to AppMagic, the miHoYo’s hit surpassed $3 billion in lifetime player spending on mobile.

China accounts for 30% of Genshin Impact’s revenue, followed by Japan (23%). It is due to the fact that the RPG genre is traditionally very popular in Asia. 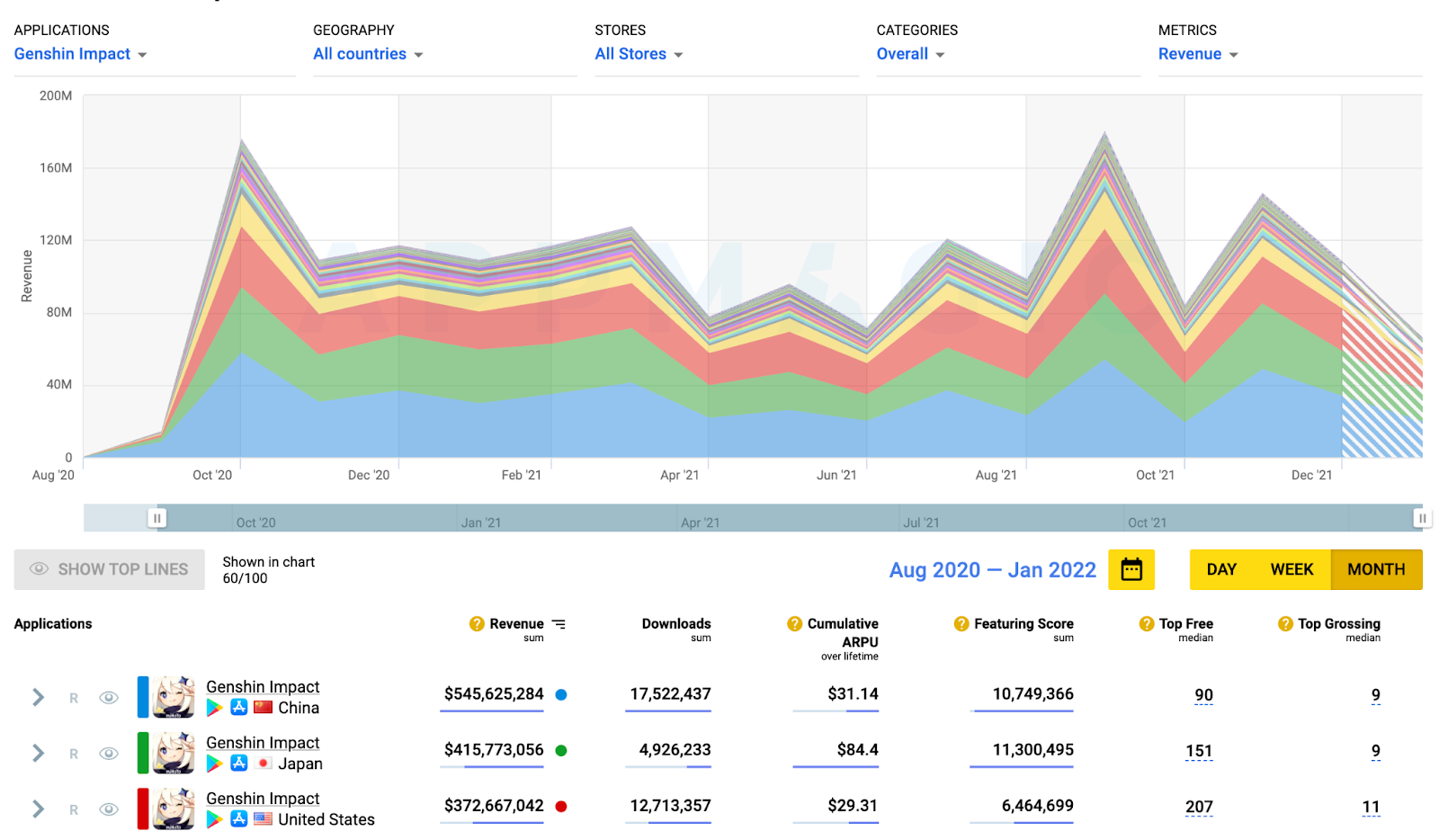 The game, however, managed to gain success in the Western countries as well, with the US accounting for 20% of its total revenue.

Genshin Impact, which was launched in August 2020, became one of the highest-grossing mobile games globally. Last September, it generated $341 million a month, leaving behind hits like Honor of Kings and PUBG Mobile.