Genshin Impact has become the highest-grossing mobile game globally for September 2021. The miHoYo-developed title generated almost $341.7 million on iOS and Android, which is its best result ever.

It is worth noting that the release of version 2.1 was the main driver behind these results. In the first week of September, Genshin Impact reached $150 million in player spending, which was an almost five times increase week-over-week. 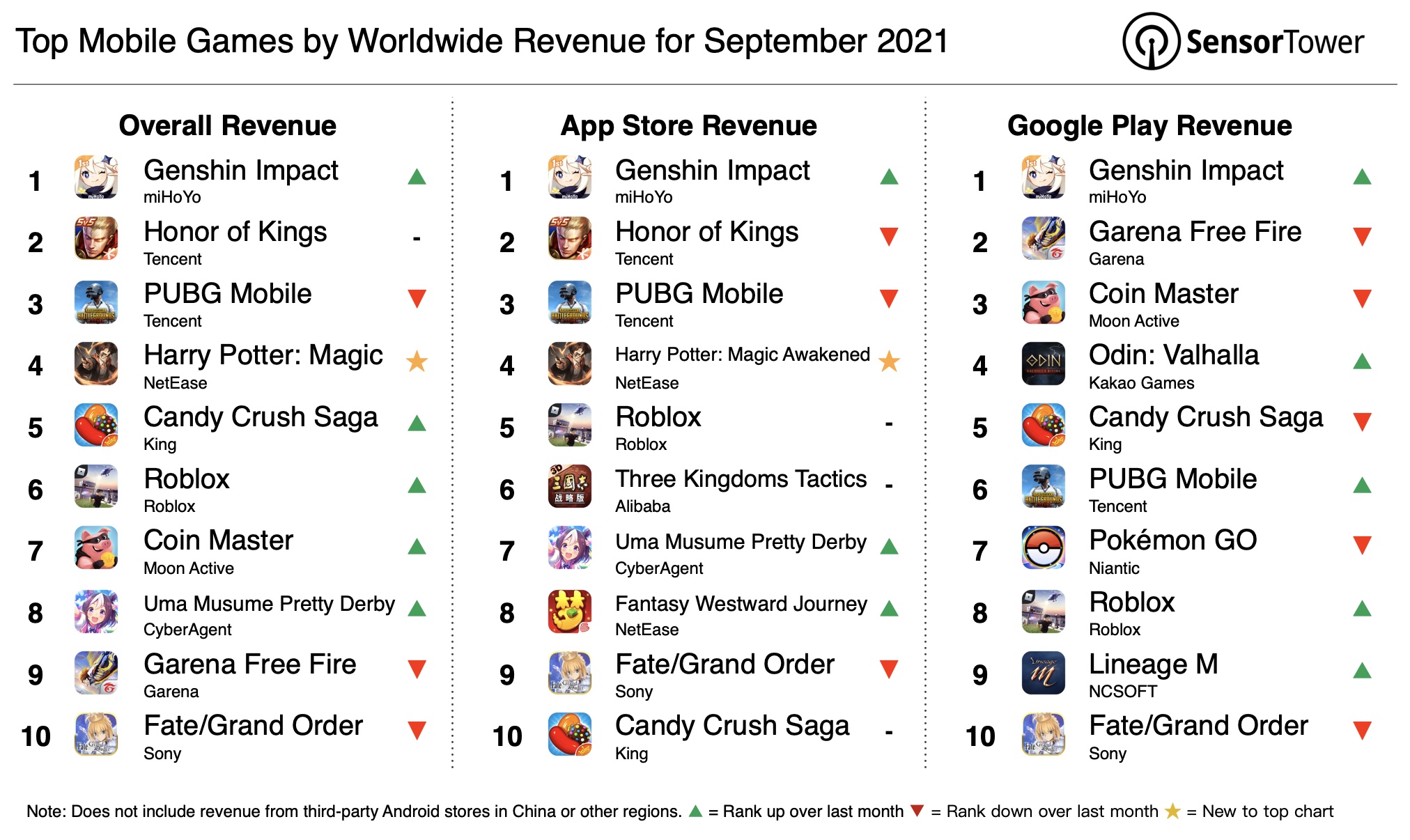