Chris Zukowski: Steam can only promote up to around 500 indie games per year
20:40
Wargaming top manager called a terrorist by KGB Belarus
17:19
AI USE CASE: How a mobile game development studio saved $70K in expenses
27.01
Sensor Tower: Subway Surfers was most downloaded game in Q4 2022, but the Stumble Guys showed fastest growth
26.01
The Day Before loses its page on Steam. Developer cites trademark complaint
25.01
125 games industry professionals from 85 companies attended WN Connect business event in Belgrad
24.01
Blizzard caught up in scandal. Again. This time it is all about ranking its employees
24.01
Cyberpunk 2077 quest director Paweł Sasko on game’s non-linearity: “Players expected more because of the fact how The Witcher 3 is built”
23.01
Key success factors for ZERO Sievert, top-down extraction shooter that generated over $1 million in its first week
23.01
Dragon Age: Dreadwolf production director Mac Walters leaves BioWare after almost 20 years
23.01
All news
Industry News 11.11.2021 18:30

BioWare former designer on SWTOR writing: “A huge hunk of the writing was done before we had worldbuilders”

BioWare former lead designer Damion Schubert has shared a thread about the realities of production in terms of writing and designing a AAA online title like Star Wars: The Old Republic. He also explained why a lot of story elements didn’t make it to the final game. 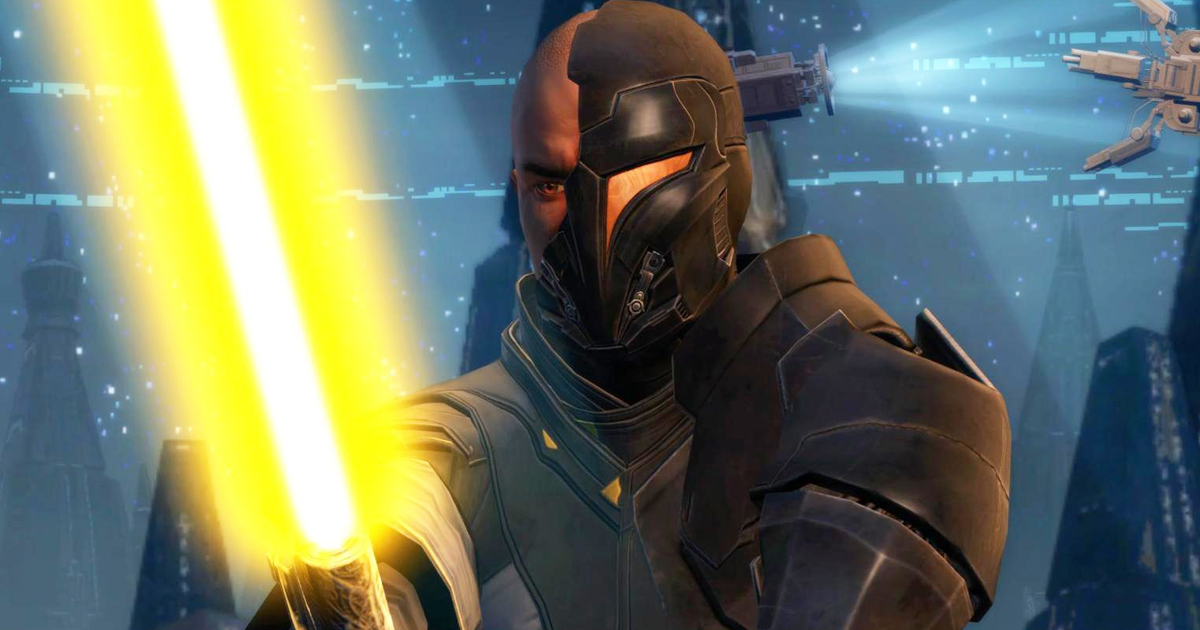 The whole story started with a clip from the first Halo shared by Twitter user hypogean gal. In the video, developers discuss contrived story elements and how they ended up in the game.

The clip received a lot of attention from users and other game developers. For example, Rami Ismail said that “game writers & narrative designers & devs in general still do not get enough credit for how well they tend to resolve production-related bullshit.”

“The writers will fix it” remains a very true part of game development, and game writers & narrative designers & devs in general still do not get enough credit for how well they tend to resolve production-related bullshit. https://t.co/VCnYjRliPI

The Halo developers’ words were echoed by Boss Fight Entertainment creative director Damion Schubert. Prior to that, he has been working on Star Wars: The Old Republic for eight years as lead combat and systems designer.

So Schubert decided to share his own experience of developing the game. He started on by saying that a small team of nine people began writing a plot long before the studio had worldbuilders, tools, or even a feature set for the upcoming project.

It is a common situation for most big AAA games. And writers should know that a lot of their work might be cut from the final version.

“Sometimes the writing that seemed fine when it was in text form was too long and tedious when you actually had [voiceover] attached to them,” Schubert explained, adding that there was also “story content that was cut for production reasons.”

Sometimes the writing that seemed fine when it was in text form was too long and tedious when you actually had VO attached to them. And sometimes the VO actor sucked and you wanted to give them less time or cut them altogether.

So sometimes game writers and worldbuilders had to restructure quests and rewrite certain stories on the go. The problem was that some of them had already been VOed, and it wasn’t possible to record any new voiceover. That’s where aliens and astromechs came to the rescue, as developers could use alien gibberish and droid beeps instead of full voiceover in English and just add subtitles after that.

In the Star Wars universe, aliens and astromechs don’t speak english. But everyone understands them. Greedo and Jabba had subtitles. Astromechs didn’t but it makes sense to give them subtitles in a game. But what you hear in VO is either alien gibberish or droid beep boop. pic.twitter.com/RWaZSAZPeS

“By far the best example of this, and I can’t remember where the quest is or who it was, but we got back some VO that was amazing,” Schubert wrote. “But it didn’t work for some reason — maybe it was about hijacking AT-ATs, I dunno. We couldn’t use it as is, but we didn’t want to cut it either. We didn’t have time to get the actor to do a recut of it. So the worldbuilders used it and then had an astromech explain it away.”

As Schubert joked in the end, this story was “yet another chapter in my upcoming book ‘It’s a miracle any game ever ships at all.’”