Organic discovery and app store featuring to be declared dead in 2023, according to Deconstructor of Fun
02.02
Dwarf Fortress made $7.2 million in January, 44 times more than in all of 2022
02.02
PlayStation reports 53% Q3 revenue growth, driven by strong sales of consoles and third-party games
02.02
Tenjin and GameAnalytics release Q4 Hyper-Casual Games Benchmark Report
01.02
Chris Zukowski: Steam can only promote up to around 500 indie games per year
30.01
Wargaming top manager called a terrorist by KGB Belarus
30.01
AI USE CASE: How a mobile game development studio saved $70K in expenses
27.01
Sensor Tower: Subway Surfers was most downloaded game in Q4 2022, but the Stumble Guys showed fastest growth
26.01
The Day Before loses its page on Steam. Developer cites trademark complaint
25.01
125 games industry professionals from 85 companies attended WN Connect business event in Belgrad
24.01
All news
Industry News 03.09.2021 14:57

Apple extends its privacy restrictions to its own apps

Apple has humbly extended privacy restrictions for third-party apps to its own products. On iOS 15, App Store and Apple News will now ask users for permission to access personal data used for targeted ads.

Previously, Apple collected all the necessary data by default, 9to5mac reports. Users could opt out, but the on/off toggle was hidden deep in the Settings.

Now, however, when opening the App Store on iOS 15, a notification pops up explicitly requesting user’s consent to enable “Personalized Ads” based on App Store purchase history and other data. 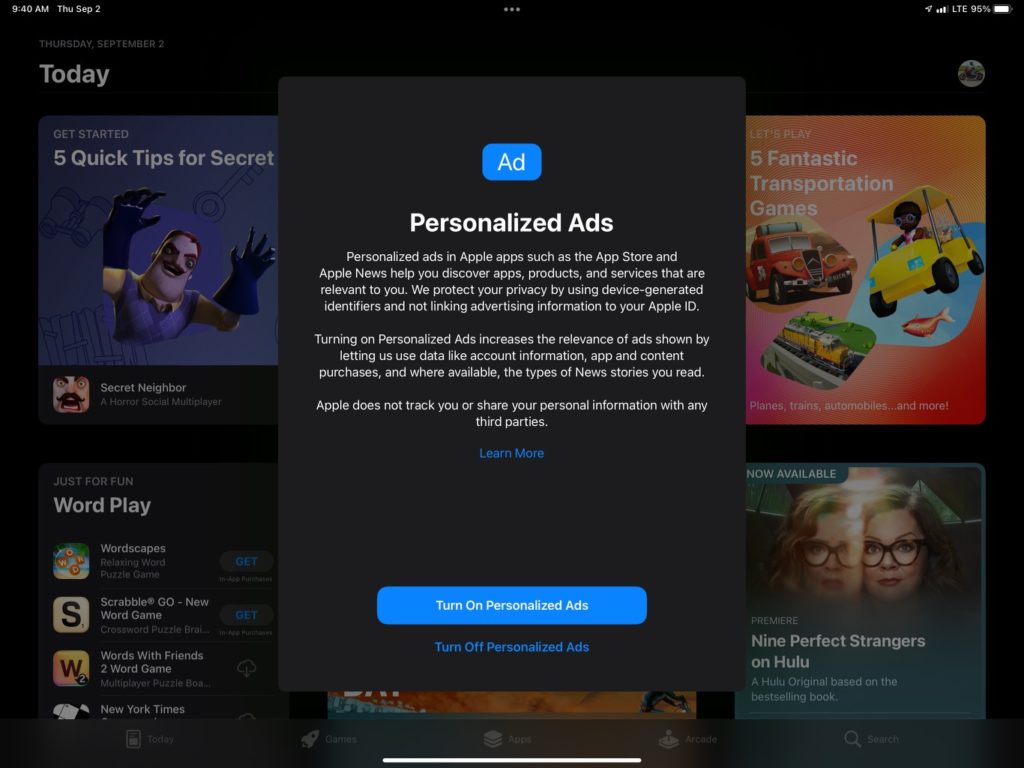 Apple’s clearly reacting to the mounting pressure from antitrust regulators across the globe. In France, for example, the company is being investigated for keeping users “insufficiently informed about the use of processing of its personal data.”

Back in April, Apple prohibited third-party developers from tracking personal information without the user’s consent. Starting with the release of iOS 14.5, developers had to request to use IDFA . However, Apple itself was not affected by this restriction.