Organic discovery and app store featuring to be declared dead in 2023, according to Deconstructor of Fun
18:13
Dwarf Fortress made $7.2 million in January, 44 times more than in all of 2022
15:59
PlayStation reports 53% Q3 revenue growth, driven by strong sales of consoles and third-party games
14:25
Tenjin and GameAnalytics release Q4 Hyper-Casual Games Benchmark Report
01.02
Chris Zukowski: Steam can only promote up to around 500 indie games per year
30.01
Wargaming top manager called a terrorist by KGB Belarus
30.01
AI USE CASE: How a mobile game development studio saved $70K in expenses
27.01
Sensor Tower: Subway Surfers was most downloaded game in Q4 2022, but the Stumble Guys showed fastest growth
26.01
The Day Before loses its page on Steam. Developer cites trademark complaint
25.01
125 games industry professionals from 85 companies attended WN Connect business event in Belgrad
24.01
All news
Marketing 27.08.2021 18:15

Simon Carless: Development and marketing should be treated as interconnected tasks 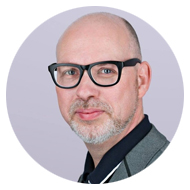 David Wehle, the founder of the Game Dev Unlocked school and developer of First Tree, asked Carless the most popular marketing questions from the school’s students.

What would be the first thing for a solo indie developer to focus on for marketing?

According to Carless, it’s important to think about your game and your marketing as two interconnected tasks.

To make a good game, you need to think of your game’s hook, which is the differentiator that makes people care about your game (could be an idea, an interesting twist on the old mechanic, or striking visuals). This hook is also something you should center your marketing communication around.

After the hook is identified, the next step would be to make a vertical slice of gameplay that looks presentable. At this point it makes sense to announce your game, setting up a steam page or releasing a trailer on YouTube.

However, Carless warns against trying to cover all marketing venues. Instead, he suggests prioritizing the channels that might make a difference. You have to quickly try all of them and figure out what works best for you.

In general, though, Carless believes that setting up a Discord is vital because it allows you to directly interact with the community, which both helps improve the game and serves a marketing purpose. Twitter, on the other hand, while good for morale, does not necessarily translate very well into sales.

Should one man studios focus on production first, leaving marketing alone until later, or should they market right from the beginning with whatever content available?

Carless believes that as soon as you reveal the game, you should think about marketing all the time. However, according to the expert, you should only reveal your game when you have something that looks competitive. So it’s best to wait for around three to six months into production and only announce the game when you have something to show. That does not apply to the companies who can make vertical slices very quickly. Sometimes, these studios put up gameplay trailers for their game even before they’ve fully committed to the development because they just want to see how people respond to it.

While generally it’s a good idea to wait before you reveal anything, games should be ideally announced at least 12 months before they come out.

How to reach target audiences rather than other game devs, with a lot of initial followers being indie devs?

Carless agrees that this is a valid concern. Twitter is particularly prone to this, 49 retweets out of 50 sometimes coming from other game devs. That’s especially true if you’re showing too much of the nuts and bolts of making the game as opposed to making sure the game looks attractive.

As an antidote to this, Carless recommends trying different platforms, like Imgure, Reddit and TikTok, which are less developer-centric.

He also encourages to look carefully at what’s popular on Steam and study the average revenue for each Steam tag because you do not want to commit to a project, however interesting, in a crowded niche, where you’ll have trouble competing with the existing frontrunners.

How much time should be put into actual game development versus marketing your game? Is there a recommended percentage or hours per week?

At least two or three hours a week can be a good starting point to at least get feedback and improve your marketing skills, the expert said.

Again, Carless encourages devs to align their development and marketing purposes. On Discord, for example, it’s possible to poll people about new features you’ve put in the game. This helps you make a better game, but also leads to an organically stronger community.

How to determine the pricing of your game?

A lot of people tend to underprice their games because they are being modest or have a bit of imposter syndrome. At the same time, some devs think their game will sell better at a lower price point, but that is generally inaccurate because people will see a five dollar game and think it must be a little hobbyist project. Games, being luxury goods, should be pricier.

Carless believes that for a decent sized game (anything longer than two or three hours), $14.99 should be the minimum price. Ideally, given the game offers enough content, you should price it at $20. Later, you can use your discounts to entice more people to buy it.

Carless does acknowledge that for solo devs who are making small itch.io-style games, eight to ten dollars might be a more adequate price point.

The full interview is available here.