Why Apex Legends Mobile got shut down despite being EA’s sixth highest-grossing mobile game in 2022
21:14
Nintendo announces 10% pay raise for all Japanese employees to drive long-term growth
16:31
Activision Blizzard posts record quarterly bookings on Blizzard’s strong growth and Call of Duty blockbuster sales
14:21
Microsoft’s chances of clearing Activision Blizzard deal in US and Europe to fade away if UK watchdog decides to block it
13:01
John Carmack on video game preservation and why companies suffer more harm by destroying something dear to players
06.02
Jeff Gaimon on expanding EA Originals beyond just indie games: “It’s like a menu. It depends on what devs want”
06.02
It Takes Two hits 10 million unit sold. “Nobody expected this,” says Josef Fares
03.02
Over 1 million Chinese players apply for refunds due to expiration of Blzzard’s agreement with NetEase
03.02
NCSoft West lays off 20% of employees as part of ‘global realignment’
03.02
Organic discovery and app store featuring to be declared dead in 2023, according to Deconstructor of Fun
02.02
All news
Industry News 26.07.2021 18:01

Krafton is now reportedly developing its new game based on The Bird That Drinks Tears, a series of Korean fantasy novels. The developer has high hopes for the project. The plan is to grow the IP into something similar to what CDPR has done with The Witcher franchise. 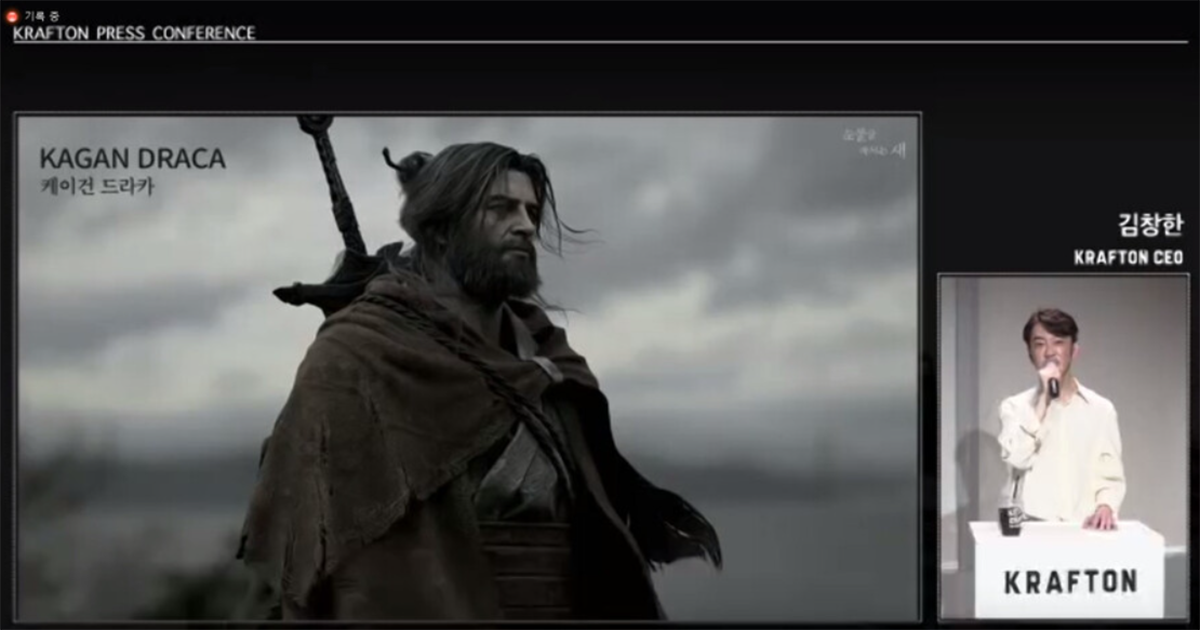 According to insider PlayerIGN, Krafton announced the game during a press conference on July 25. The company itself describes it as “Korean Witcher.”

It will be a single-player dark fantasy RPG game and the South Korean developer’s first major IP since the launch of PUBG.

Announced is a game revealed inspired by Korean fantasy novel: ‘The Bird That Drinks Tears.’

Like with ‘The Witcher’ series specifically, Krafton wants to expand this game into other forms of media like film and comics.
via Krafton July 25th press conference. pic.twitter.com/BXXKE4SrD7

Krafton first teased the game in May, saying that it wanted to turn The Bird That Drinks Tears novels into a multimedia franchise. The company has already recruited Hollywood concept artist Iain McCaig, known for designing Star Wars characters and working on franchises like Harry Potter, Terminator, and The Avengers.

Besides the game itself, Krafton will probably expand the IP to other forms of media like comics and films. Again, this is similar to how the success of CD Projekt’s The Witcher games has spawned a TV series, comics, and other creative works. So the whole comparison seems legit from this point of view.

The first book in The Bird That Drinks Tears series was released in 2003. It replaces traditional elements of Western fantasy with the imagery of Korean culture. For example, the books have dokkaebi, lekons, and nagas instead of elves, dwarves, and orcs.

During the press conference, Krafton also announced new survival game PUBG Cowboy and a project code-named Titan. The company also said that PUBG: New State, a futuristic sequel to the famous battle royale, will come out in October.