John Carmack on video game preservation and why companies suffer more harm by destroying something dear to players
06.02
Jeff Gaimon on expanding EA Originals beyond just indie games: “It’s like a menu. It depends on what devs want”
06.02
Microsoft’s chances of clearing Activision Blizzard deal in US and Europe to fade away if UK watchdog decides to block it
06.02
It Takes Two hits 10 million unit sold. “Nobody expected this,” says Josef Fares
03.02
Over 1 million Chinese players apply for refunds due to expiration of Blzzard’s agreement with NetEase
03.02
NCSoft West lays off 20% of employees as part of ‘global realignment’
03.02
Organic discovery and app store featuring to be declared dead in 2023, according to Deconstructor of Fun
02.02
Dwarf Fortress made $7.2 million in January, 44 times more than in all of 2022
02.02
PlayStation reports 53% Q3 revenue growth, driven by strong sales of consoles and third-party games
02.02
Tenjin and GameAnalytics release Q4 Hyper-Casual Games Benchmark Report
01.02
All news
Industry News 23.07.2021 12:44 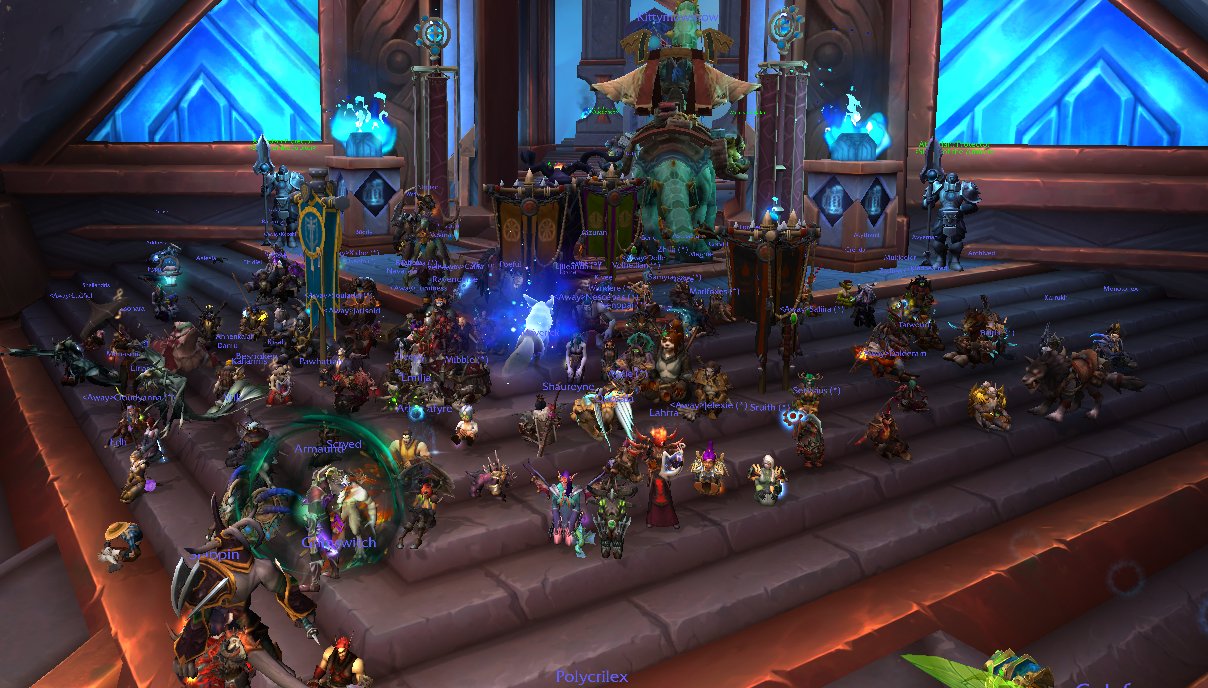 The sit-in was staged following the lawsuit filed by California’s civil rights agency called Department of Fair Employment and Housing (DFEH) in the Los Angeles Superior Court. According to the lawsuit, Activision Blizzard’s female employees are subjected to constant sexual harassment, unequal pay, and retaliation.

The protest was organized by role-play guild Fence Macabre. The group also used this opportunity to raise money for charity Black Girls Code. BGC is a non-profit organization teaching young women of color about computer programming and technology. As of the time of writing, over $8500 has been raised.

Fence Macabre encourages all sub-locked players to join us on Thursday July 22nd at 9AM PST at the Idyllia Steps, Oribos.

“We as customers and members of this community protest the unethical treatment of employees at Activision Blizzard, and demand that they make transparent lasting changes to their company and associated IPs. We stand with the victims and survivors of Blizzard’s racism and abuse,” Fence Macabre said.

After the news broke yesterday of DFEH’s lawsuit, Activision Blizzard released a statement saying that “the picture the DFEH paints is not the Blizzard workplace of today.” The company called DFEH’s claims “distorted, and in many cases false, descriptions of Blizzard’s past” and said it would defend itself in court.